Brighton and Hove bus drivers are to be asked whether they would consider going on strike this week over issues including alleged harassment, bullying and short staffing. 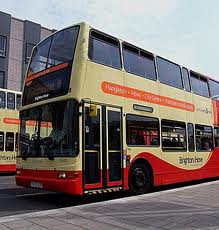 The Unite union has written to its members at Brighton and Hove Buses informing them it will hold a consultative industrial action ballot on Thursday this week.

It says its members are “fed up to the back teeth” of being asked to do overtime, often at a few hours notice, with calls being made in the middle of the night.

In a letter to its members, Unite said: “Members approach us every day saying they are fed up to the back teeth of being pestered to do overtime, and made to feel as though they are letting the ‘team’ down when they refuse.

“Yet because of managements own short sightedness and mismanagement, members can’t take lieu days they have rightfully accrued because of staff shortages

“The company is quite happy to harass and harangue drivers to do overtime, whether they are at work or even at home, and leaving messages on their phones and texting while driving. Calling sick members to ask when they will be returning to work rather than showing genuine concern for sick employees.”

Martin Harris, the managing director of Brighton and Hove Buses, declined to comment on the specific allegations made by the union, but said that discussions are ongoing.

He said: “We are and have been discussing a number of internal allegations with the Unite trade union representatives. We have no wish to discuss those matters publicly and from the public’s point of view, no need to do so at the present moment in time.”

Wanted man may be in Brighton, police warn