A Portslade sex offender is facing a return to prison for breaching the terms of his licence after he punched another man and stopped sleeping at his designated hostel. 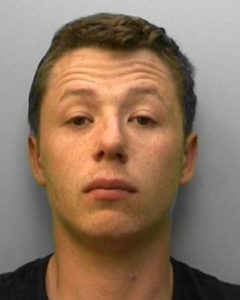 Kasey Knowles, 22, was given a ten-month suspended prison sentence in August last year after pleading guilty to grooming a teenage girl online and then having sex with her.

He was later given a 15-month sentence for breaching the SHPO for contacting witnesses, but released on licence on 11 March.

After he pleaded guilty last month to assaulting a man in Graham Close, he was fined £40, ordered to pay his victim £30 and costs of £85 – and warned he would be returned to prison. He has since gone missing.

Knowles is described as white, 6ft 2in, slim, with blond hair and blue eyes.

Anyone who sees Knowles or knows where he may be is asked to call 101, quoting serial 1547 of 27/05. Alternatively, call the independent charity Crimestoppers anonymously on 0800 555 111 (www.crimestoppers-org.uk)