Hove pensioner, 90, charged with sexually assaulting a child in Tesco superstore six years before it was built

UPDATE: Sussex Police issued a statement on Saturday 11 June saying that the charges referring to the Tesco car park in Church Road, Hove, on the charge sheet and court list relate to the Tesco in Station Road, Portslade.

A 90-year-old man from Hove has been accused of sexually assaulting a girl in a Tesco superstore at least six years before it was built.

Peter Cleaver, of New Church Road, Hove, was brought before Brighton magistrates to answer three charges of indecently assaulting a girl under 14.

Two of the assaults were said to have happened in the Tesco superstore in Church Road, Hove, between dates in April 1992 and April 1997.

The store wasn’t built until 2003 although the allegations contained in the charge have been investigated by Sussex Police and the charges authorised by the Crown Prosecution Service. 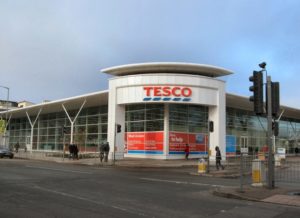 The other offence was alleged to have taken place at a property in Sherbourne Close, in Hangleton.

Cleaver, who turned 70 during the period in question, denied abusing the girl when he appeared before magistrates on Thursday 26 May.

He was bailed to appear before a judge at Lewes Crown Court on Thursday 23 June. He was told not to have any unsupervised contact with anyone under 16 nor to contact the woman who accused him of assaulting her.