Almost one in ten patients waiting to be seen in accident and emergency (A&E) at the Royal Sussex County Hospital in Brighton have to wait in a corridor.

And the 9 per cent of patients in the corridor had an average of 45 minutes.

Lois Howell, director of clinical governance at Brighton and Sussex University Hospitals, the NHS trust that runs the Royal Sussex, said that the corridor was part of the A&E Department.

This meant that medical staff were able to monitor patients there – unlike those in the waiting area – even though it wasn’t ideal for patients to be in the corridor.

Four new assessment cubicles were now in use and three privacy screens had been bought for use in the corridor with three more on order. 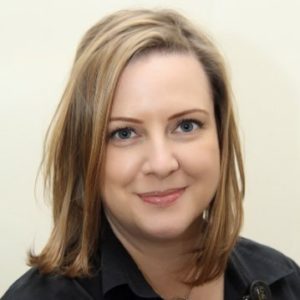 In April 84.2 per cent of patients were seen within the four-hour target and in May the figure rose to 86.3 per cent.

The number of patients waiting longer than 12 hours has improved from 11 in April to none in July and one in each August and September.

Ms Howell told the council’s Health Overview and Scrutiny Committee at Hove Town Hall this afternoon (Wednesday 5 September): “We continue to have a problem with long waits for patients with mental health problems in the emergency department. We are continuing to work with the mental health trust and the CCGs.”

She was explaining the challenges facing the Brighton hospital trust – and what it was doing about them.

The trust was rated inadequate by the Care Quality Commission (CQC) in August and placed in special measures.

Medical director Steve Holmberg said that the Royal Sussex A&E had consultants on duty 24 hours a day for seven days a week.

Ms Howell said that the trust had already appointed an improvement director, Alison Tong, who started last week. She is employed by the regulator NHS Improvement which pays her salary.

She congratulated the trust on the outstanding verdict given to the Royal Alexandra Children’s Hospital by the Care Quality Commission (CQC).

But she asked why the improvement director was not present and exactly what her role entailed.

She also questioned why the trust had an interim chairman and chief executive at a time when it needed clear and stable leadership – and when their interim terms would end.

Interim chief executive Gillian Fairfield said that the improvement director’s role was to support and advise the board.

Interim chairman Tony Kildare said that he did not know when a substantive chairman would be appointed but that there had been a number of changes to the board. 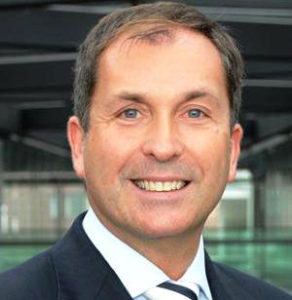 Mr Kildare was also unable to say when a substantive chief executive would be appointed. But he praised Gillian Fairfield, saying: “She is doing a splendid job in very difficult circumstances.”

Ms Fairfield also said that the trust was looking to appoint an executive director of HR (human resources).

Councillor Lloyd Russell-Moyle asked what relevant turnaround experience the senior team had and whether there were local factors exacerbating the national recruitment difficulties.

Ms Fairfield said that she had carried out similar roles at three trusts before. The first two trusts had shown significant improvement. But it took time, she said. It could take four to five years to take a trust from inadequate to outstanding.

Mr Holmberg said that national recruiting problems were exacerbated by the many better-paid jobs in London.

Councillor Andrew Wealls said that the report was damning about the culture at the trust and asked about the treatment of black and ethnic minority staff.

“The trust has got away with murder as far as I can see. There have been chronic failures of leadership and management.

“But have you got enough money to do what you need to do?”

He acknowledged that the job of running a hospital was big enough but in this case it was compounded by the £485 million modernisation.

Ms Fairfield said that while it was great to have the new buildings, it was important to modernise the workforce too.

It wasn’t possible to move mountains overnight, she said, but she encouraged the “amazing staff” to speak up about problems so that a start could be made on tackling them.

A presentation mentioned better hand hygiene and the fact that there had been no MRSA (superbug) cases since the middle of July.

Waiting times for cancer treatment were improving, councillors were told. The number of patients overall waiting for a hospital appointment was being tackled although by the middle of last month more than 7,000 patients had waited longer than a year.

Colin Vincent, from the Older People’s Council, raised the way in which elderly, frail and vulnerable patients were treated.

He quoted the CQC report: “We observed an elderly patient who was left on a urine-saturated sheet on a trolley for over an hour.

“We observed frail elderly patients left without call bells for extended periods of time and without any interaction with staff.”

It was fairly basic stuff, he said. These weren’t medical issues but it was “horrific”.

The CQC would return by next February, councillors were told, to see whether the trust was improving in line with its recovery plan.