Southern drivers’ refusal to work overtime while the Aslef union industrial action continues will cripple non-strike day services too, it was revealed this afternoon. 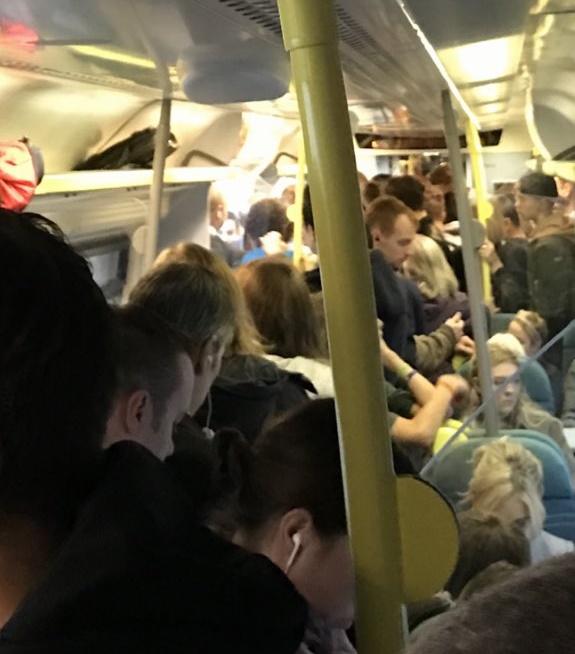 The latest in a long series of conductors’ walkouts, a three day strike, ended today, but services tomorrow will not return to the full timetable.

Instead, Gatwick Express services will not run between Brighton and the airport, and Southern’s other Brighton mainline peak services will be severely restricted.

This piles on the bad news for commuters who have already been informed there will be no Southern services from Brighton to London at all when the drivers strike, with the first days scheduled for next Tuesday, Wednesday and Friday.

Southern Director Alex Foulds said: “Tomorrow is the first day when ASLEF’s overtime ban will be felt on a non-strike day. We’re sincerely sorry but passengers are advised services will be severely reduced and, on some routes, cancelled altogether. We will put on rail replacement buses where we can. We urge people to check before they travel on the day.”

Meanwhile, Southern’s bid to halt the strike on the basis it breached commuters’ human rights wad today turned down, although the train company has been given leave to appeal.

Commenting, Peter Kyle, Labour MP for Hove and Portslade said: “The prospects of not a single Southern train running on Tuesday 13th December will be a catastrophe for passengers, businesses and the wider economy during the busy Christmas period.

“There is now no end in sight to this misery. The Government now offers the only way out of the situation so Ministers must stop hiding in the shadows of this dispute and become an active partner in finding a resolution.”