The new editor of the Argus has resigned just weeks after taking over the Brighton-based daily newspaper.

Lucy Pearce, 28, succeeded Mike Gilson, 53, last month to become the first woman to edit the paper in its 137-year history.

She took over as the paper completed a move from Crowhurst Road, Hollingbury, where it had been based for more than 20 years to Manchester Street, in the centre of town.

She is also believed to be the youngest editor of the newspaper which is owned by Newsquest, a subsidiary of the American publishing company Gannett.

The journalism website Press Gazette quoted Newsquest as saying: “During the time of the recent changes at the Argus when Lucy Pearce was promoted to editor/head of content, she was also offered a senior role at another company.

“After much consideration Lucy has decided to accept the other role and we wish her all the best for the future.” 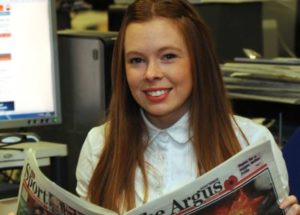 Press Gazette said: “She joined the Argus in 2012 as assistant news editor before becoming news editor and then head of content.

“She was previously a news editor at South West News Service and began her career as a journalist at the Dorset Echo in 2009.

“She is understood to be moving into a job in corporate communications.”

Brighton and Hove News understands that her new role is with Legal and General.

When she was appointed she said: “I am hugely passionate about the Argus and the community it serves.

“When Mike joined he said that we would be at the centre of debate and at the core of everything. He also said our journalism would be vital and trustworthy. 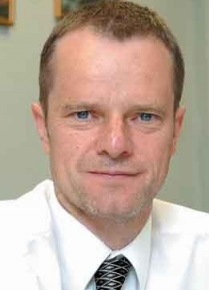 “I believe that under his leadership our team of talented and hardworking journalists delivered on that promise.

“I will endeavour to continue in his footsteps while putting my own stamp on both our print and online products.”

Brighton and Hove news delivered to your desktop