Twenty refugees from Syria have been welcomed to Brighton and Hove thanks to the generosity of private landlords, according to Sanctuary on Sea, a local charity.

The refugees arrived through the national Vulnerable Person’s Relocation Scheme and joined a growing community of more than 200 Syrians.

The charity’s annual report said: “Unaccompanied children continue to arrive, some making their own way, some referred by the Home Office.

“Recent arrivals include former residents of the Calais ‘Jungle’, some of whom were joining family, others who qualified because they were particularly vulnerable.”

Sanctuary on Sea’s annual report was shared with councillors this afternoon in a meeting at Whitehawk Library.

The organisation’s secretary, Linda Beanlands, said that it was part of City of Sanctuary, a wider network. And she indicated that the local organisation was looking to register as a charity in its own right.

She praised the “immensely positive reception” locally for refugees who had been welcomed with “generosity and goodwill”.

Since then nine local schools had received School of Sanctuary status, most recently Fairlight Primary. And the first sports organisation to be recognised as a Club of Sanctuary was also local – Brighton and Hove Table Tennis Club.

Ms Beanlands said: “There’s an immense pool of goodwill out there in the city.” 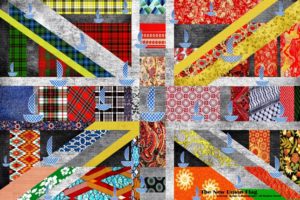 Councillor Dee Simson, the leading Conservative member of the committee, told the meeting in Whitehawk that she applauded the goodwill of those involved.

She said: “When I see the limited amount of resource that’s there and I see what Sanctuary on Sea does – it just shows the power of volunteering.”
The organisation operated with an income of less than £8,000 in 2015-16, according to its annual report.

Councillor Leo Littman said that Brighton and Hove had a history of welcoming refugees. He said that Brighton was home to the only French Huguenot church in the country and he mentioned the long-settled Jewish community, a number of whom arrived as refugees.

Earlier the committee had been reminded of the Sudanese and Ethiopian refugees who were welcomed to Brighton in the more recent past.

Councillor Littman said: “I’m absolutely delighted that Sanctuary on Sea is doing its job and is seen as an exemplar in such a short time.”

Another committee member, Anusree Biswas Sasidharan, said that Sanctuary on Sea was “a beacon of light”.

The committee also heard that the council’s work on improving the trans people’s experiences of public services had been a catalyst for other organisations.

A report to councillors said that progress had been made and relationships had been strengthened.

The committee also recommended that the council approve an updated equality and inclusion policy statement and strategy – something that it was required to do by law.

A review highlighted a number of strengths and weaknesses and called for greater consistency, proper evaluation and better communication.