Albion’s rearranged match with Cardiff City could be subject of another pitch inspection after the Met Office issued a yellow fog warning for Brighton & Hove this evening (24 January). 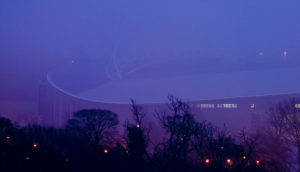 The match which was originally scheduled to take place on 30 December, but was postponed due to a pea-souper that evening.

Any further postponement could cause fixture chaos for the Seagulls.

The next available date would likely be Tuesday March 14.

On the bright side Glenn Murray would serve his one match in the FA Cup match at Lincoln this weekend, instead of the crucial league fixture.