Brighton and Hove Albion boss Chris Hughton spoke this morning about the special moments in the FA Cup that are rejuvenating the competition. 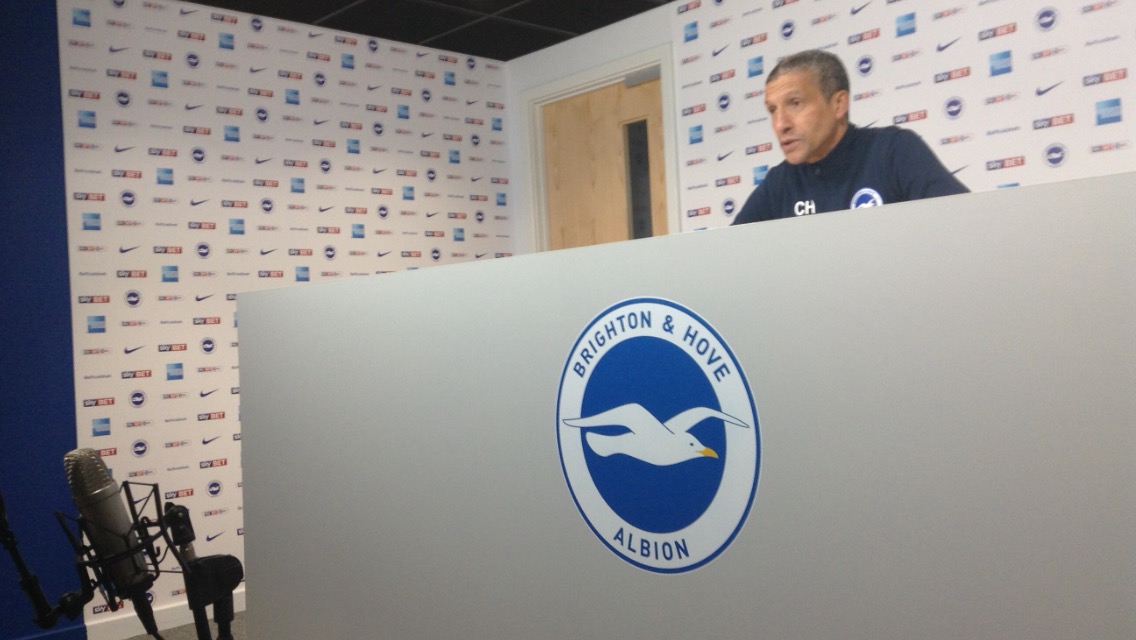 Hughton told Brighton and Hove News that he thought Lincoln boss Danny Cowley had done a great job in not only beating Ipswich in the previous round but also getting them into a challenging league position.

Hughton highlighted Albion away at non-league Lincoln as well as Sutton v Leeds as the more romantic ties.

He said: “The cup is not what it used be in regards to team selection but there is a lot of rotation in the Premier League and Championship in general. But it’s always good when the FA Cup gives us the moments that it’s profile deserves.”

Lincoln knocking out Ipswich was a bad moment for Hughton’s great friend Mick McCarthy but the Albion boss revealed to @bhcitynews that the pair have so far not discussed the Imps.