Suspect released without charge after man stabbed in stomach

A man arrested on suspicion of stabbing someone in the stomach in the early hours of Saturday morning has been released without charge. 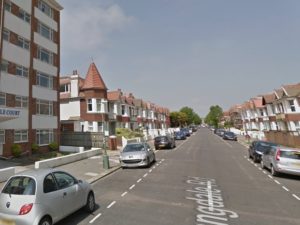 Police were called to an address in Langdale Road, Hove at around 1.30am on Saturday to a report of an assault.

A 21-year-old local man was found by officers sat outside with a knife wound to his stomach. They treated his injury while waiting for paramedics.
The victim was taken to hospital with non life-threatening injuries and he was discharged later that morning.

A 23-year-old man from Hove, who is known to the victim, was arrested on suspicion of grievous bodily harm with intent but has since been released without charge.

Alternatively you can report online (https://sussex.police.uk/contact-us/response-to-appeal/) or call 101.