A planned talk on eco-feminism by veteran feminist Germaine Greer has drawn protests from people who are angry she has been invited to talk because of her past comments about transwomen. 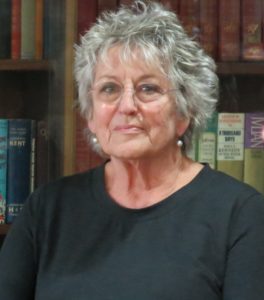 The complaints come two weeks after a request from the organisers of the anti-Trump march for women not to wear pussy hats or bring placards saying pussy power, as the “vagina centric” theme of the Women’s March was offensive and exclusive to transwomen.

Ms Greer is due to appear at the Brighton Dome next month as part of the venue’s programme to mark International Women’s Day.

However, after a flurry of complaints from people misdirected at the Brighton Women’s Centre (BWC), which is also holding an event at the Dome, the centre distanced itself from the decision to invite Ms Greer.

The Dome has also received a small number of complaints but is standing by its decision to invite her.

One woman yesterday posted on the Dome’s Facebook page: “Really disappointed to see that you’re hosting Germaine Greer for IWD. She’s not a voice which speaks for women. She claims that trans women are not women. Please do not host her.”

Andrew Comben, the Dome’s chief executive said: “We understand the concerns that people have raised about statements Greer has made on transgender issues.

“While we in no way endorse these views, as an arts organisation – and at a time which feels particularly precarious, both politically and socially – we are committed to providing a platform for a whole breadth of opinion, debate and discussion.

“The Brighton Women’s Centre would like to make clear that they are in no way associated with Germaine Greer’s appearance at Brighton Dome and we are happy to give that assurance.

“Brighton Dome actively supports work which celebrates and champions diversity in all its forms and we would like to reassure audiences that we are committed to ensuring that Brighton Dome is a safe and welcoming space for all.”

The BWC issued a statement this morning which said: “The trustees and the director of Brighton Women’s Centre (BWC) would like to offer an apology for the hurt and distress that may have been caused by its association with Brighton Dome’s decision to invite Germaine Greer to speak on 4 March at our IWD event.

“BWC offers safe, non-judgmental, inclusive spaces for ALL women across Sussex. We stand alongside and support ALL women fighting for equality and if you identify as a woman, you are welcome.

“The BWC organised event at Brighton Dome is a free event for ALL. Any event ticketed by Brighton Dome does not necessarily have the endorsement of BWC and we will be speaking to Brighton Dome about issuing a press release to make this clear.

“BWC looks forward to welcoming all self identifying women to join with us to celebrate International Women’s Day.”

In a post to the anti-Trump march’s Facebook page last month, which has since been deleted, Ooffi Hardwick said: “Message from the organisers: Our intention is to make this march intersectional and inclusive for all.

“For that reason we respectfully request that people ensure that their signs and apparel reflect that.

“We ask that you do not wear pussy hats or carry pussy power placards. The vagina centric theme of the Women’s Marches was offensive and entirely exclusive of our trans sisters.

“Genitalia does not equal gender. Whilst we understand people’s desire to fight back and react to Donald Trump’s horrendous misogyny, we believe the best way to do this is to fight together and for each other in a space where no one feels unwelcome, and where those spaces do not exist for us to be the ones to forge them.”

The post was liked by scores of people, but provoked a fierce response in the comments from women who argued that wearing a pussy hat was a direct response to Trump’s remarks about grabbing women by the pussy, and arguing that the request was itself divisive.

Germaine Greer has become a target for no-platforming – calls to withdraw her invitation to speak in public – because of comments she has made in the past about transwomen, saying that in her opinion they are not really women.

In 1999, she wrote: “When a man decides to spend his life impersonating his mother (like Norman Bates in Psycho), it is as if he murders her and gets away with it.”

She has since modified her views, but when questioned about it has maintained that she believes it is not possible for somebody to change their sex.

Germaine Greer’s lecture, Women For Life on Earth: The Inevitability of Ecofeminism, is to be held on March 4 at midday. Other events as part of the programme include topical stand-up from Bridget Christie, a live recording of The Guilty Feminist Podcast, and a full day of free events, activities and workshops in partnership with Brighton Women’s Centre.

This includes a panel debate around the question Do We Need Women Only Spaces? featuring Caroline Lucas MP, Lisa Dando of Brighton Women’s Centre, Katharine Sacks-Jones of Agenda and Natasha Scott, winner of Miss Transgender Brighton.