A property developer is to open an empty Brighton building for homeless people to sleep in after a plea by local politicians.

Simon Lambor, of Matsim Properties, responded to a request by members of Brighton and Hove City Council to help with the initiative.

It followed a request by Green councillors for the council to open up some of its vacant properties so that rough sleepers would have somewhere safe and warm to stay.

Since then Mr Lambor offered to help out while Sussex House – a former police building – stands empty in Crowhurst Road, Hollingbury.

The two councillors are now putting together a working group of experts, volunteers and charities working with the homeless to take the next steps as quickly as possible.

They said: “Brighton and Hove now has the highest number of rough sleepers outside of London, with numbers almost double that of the previous year.

“Green councillors, alongside residents and campaigners, have been calling for greater responses to the housing crisis, with a petition on the issue started by a local resident receiving over 4,000 signatures.” 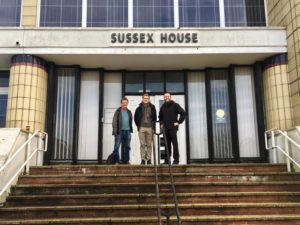 Councillor Gibson, the Green spokesman on the council’s Housing and New Homes Committee, said: “It is so heartening that a property developer has come forward to offer a building.

“Every time I take a late bus home and see people in sleeping bags in doorways, I feel ashamed that the sixth richest country cannot even provide shelter for those who have slipped through the net.

“Presently there are 99 rough sleepers waiting for a secure hostel place and the current wait is 10 months. But even one night on the street is a night too many.

“If we want to end rough sleeping and achieve ‘no second night out’, we have to also tackle the wider causes of homelessness, like high rents and a shortage of social housing.

“We need the government to heed our calls for rent controls, to lift the borrowing cap and to let councils keep all of the money from ‘right to buy’ to put towards building truly affordable housing.

“Although the government is slow to react to the severity of the housing crisis, here in Brighton there is an enthusiasm for the empty buildings initiative to succeed so let’s roll our sleeves up and get a move on before more people die on our streets.” 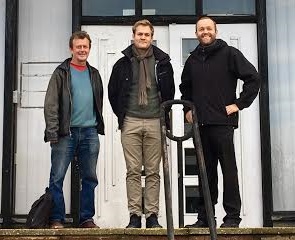 Councillor Druitt, who also sits on the Housing Committee, said: “We understand it might take some time for the council to implement the motion but it’s amazing that in the meantime the community has risen to the challenge.

“In less than two weeks we’ve had offers of help from charities, donors, volunteers, therapists, fire safety specialists, council staff working in their spare time and now a property developer.

“We are convening a working group to establish how this can be done safely, properly and with the utmost urgency.

“Anyone who may be able to offer their time, expertise or any resources is encouraged to get in touch to help us get this off the ground.”