The X-Factor – the TV talent show created by Simon Cowell – is coming to Brighton to hold open auditions next week.

Crowds are expected at Churchill Square shopping centre where the auditions are being held from 10am to 5pm on Friday 10 March although don’t expect to see the celebrity judges.

The nationwide open auditions tour starts on Saturday (4 March) in Bournemouth and Gloucester and ends in Brentwood on Friday 17 March.

Groups or solo singers aged 16 or over can apply and the organisers said: “If you think you could be the next Matt Terry, Louisa Johnson, One Direction, Little Mix or Olly Murs – or know someone who you think could be – now is the time to come along and showcase your vocal talent.”

Previous winners have included Leona Lewis and Little Mix while some of the runners up have also gone on to enjoy some success as well including Olly Murs, JLS and One Direction.

Mind you, the ITV show also gave us Jedward, Diva Fever, Chico and Wagner and more histrionics than a badly run nursery. 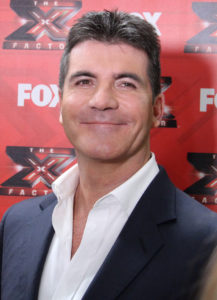 The X-Factor’s presenter Dermot O’Leary said: “2016 was a fantastic year for the X-Factor and now we’re about to kick start the auditions for 2017.

“We found some incredible talent and some amazing voices last year and now it could be your turn.

“Just one audition could change your life so if you think you’ve got what it takes then why don’t you apply?”

The organisers said: “Acts are advised to turn up early to the open auditions and mobile auditions. Everyone who turns up will be guaranteed an audition.

“All any budding hopefuls need to do is turn up on the date and time specified. If they impress the X-Factor team with their vocals, they will then be in with a chance of auditioning in front of the X-Factor judges when the judges’ auditions take place in summer.

“The hit show has uncovered some outstanding talent across the years. To date, One Direction have sold more than 70 million records worldwide, Olly Murs released four multi-platinum albums with his fifth 24 Hours being recently certified platinum, while Little Mix’s fourth album Glory Days is now the longest reigning Number 1 in the UK since the Spice Girls’ debut album Spice.

“In 2016, three of the four British lead acts to chart at Number 1 in the UK singles chart were discovered by the X-Factor – Zayn, James Arthur and Little Mix.

“Last year’s winner Matt Terry is currently working on his debut album after his charity winner’s single When Christmas Comes Around debuted at Number 3 in the Official UK Charts.”