According to press reports she is one of a number of staff leaving Mr Corbyn’s team, with some describing it as an exodus.

Ms Platts has been the trade union manager or liaison officer in the leader’s office having stood for election to Parliament in Brighton Kemptown in 2015 and Brighton Pavilion in 2010.

She said: “It has been an honour and a privilege to work for Jeremy Corbyn and the Labour leadership but the time has come for me to move on.

“The Labour Party has been a large part of my life for nearly 20 years – from grassroots activist, then twice as a parliamentary candidate and now the leader’s office.

“It has been a journey fuelled by a passion and belief in the trade union and Labour movement and I feel fortunate to have met and worked with so many dedicated and talented people.

“I will continue to support Jeremy’s leadership and want to thank him for giving me such an incredible opportunity – it has been an experience I will always value. 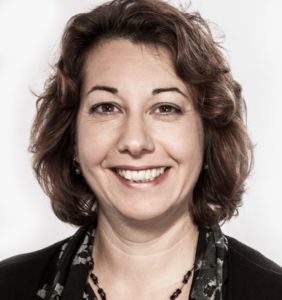 “Although I am sad to be leaving the leader’s office, I am excited about becoming a member of the Campaign Collective social enterprise helping not-for-profit organisations benefit from affordable, professional communications advice and support.

“The collective’s remote working ethos will also allow me to work nearer to my home in Brighton.”

A founder member of Campaign Collective, Simon Francis, said: “Our members have worked with Nancy on and off for almost ten years and we are huge admirers of her principles, tenacity and campaigning skills.

“Nancy’s experience will complement that of other members and help our social enterprise continue to broaden the services we can offer our clients in the charity, NGO and not-for-profit sector.”

Profits from Campaign Collective are used to subsidise support for micro charities and community organisations as well as help develop the next generation of communications professionals.

Man’s body pulled from sea on Brighton and Hove border