A car fire which sparked the evacuation of Churchill Square yesterday has been found to be accidental. 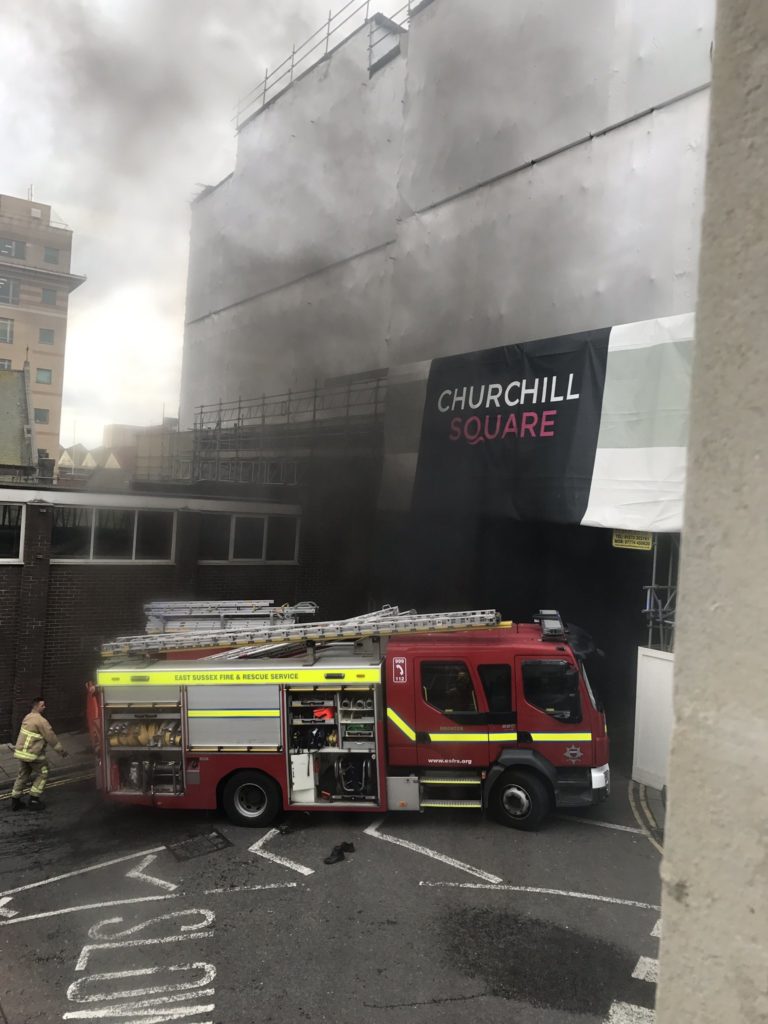 The car fire broke out yesterday at about 4.30pm in the centre’s Car Park 1, which is still closed this morning for further investigations.

Shoppers were not allowed back in to retrieve their cars until about 7.30pm last night, but the shopping centre assured people they would not be charged for parking.

Stuart Huggett was one of the first people to raise the alarm, after smelling smoke while in the shopping centre.

He said: “We smelt the smoke in the lower levels of Churchill Square and went out to the old access road and it was full of black smoke coming down from one end to the other.

“I’m not sure if anyone had called 999 at that point, but it was us that smashed the fire alarms.”

A spokeswoman for East Sussex Fire and Rescue Service said: “At 4.35pm yesterday, three appliances from Roedean, Brighton and Hove were sent to Churchill Square, in Brighton, following reports of a car fire in the multi-storey car park.

“Level three of the car park was heavily smoke logged and the shopping centre was evacuated, as a precautionary measure. Crews wearing breathing apparatus used a hose reel jet to tackle the fire and smoke was cleared from the building using positive pressure ventilation fans.”

She added that the cause of the fire was found to be accidental.

The fire happened two years to the day since another car blaze also saw the shopping centre evacuated. Many people had been reminded of this via social media, such as Timehop or Facebook, before seeing history repeat itself later in the day.

“The emergency services attended and the centre has opened as normal on the 5 April. Car Park 1 will remain closed until further notice to allow for further investigations.”