A man from Brighton and Hove is being hunted by police over a stabbing on the seafront in the early hours of the morning.

Rupert Delamare, 23, was arrested after the attack along with a local teenager. Delamare was released on police bail but has since disappeared. 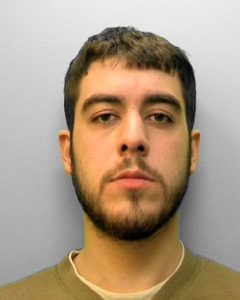 Sussex Police said: “Police are seeking 23-year old Rupert Delamare who they want to interview over the stabbing of another man in Brighton in the early hours of Saturday 15 October last year.

“At around 2am on the Lower Esplanade on Brighton beach, opposite the junction with Ship Street, a 24-year-old man was stabbed.

“The man, from Croydon, suffered a single stab wound to his chest and was seriously injured, although he is since recovering.

“Delamare was arrested on the same morning and after being interviewed was released on police bail until (Monday) 19 December while inquiries continued but failed to report.

“He is described as white, 5ft 10in, of slim build and with brown hair.”

Detective Sergeant Cheryl Lewendon said: “Extensive inquiries have been made to trace Delamare but although so far we have not found him we believe he may still be in the Brighton and Hove area.

“You can also report online to https://sussex.police.uk/contact-us/response-to-appeal.

“Alternatively, you can call the independent charity Crimestoppers anonymously on 0800 555111 (www.crimestoppers-uk.org).”

William Blencowe, 19, a chef, of Wolesley Road, Coldean, has already been charged with causing grievous bodily harm with intent to the man and is awaiting trial in June this year.