A former Liberal Democrat election candidate has warned party colleagues that standing aside for Green MP Caroline Lucas in Brighton Pavilion would be “political suicide”.

Jeremy Gale, who stood for the Lib Dems in the local elections two years ago, spoke out as members of his party consider whether to form a “progressive alliance” with the Greens.

Last year the Greens stood aside in the Richmond Park by-election in support of the Lib Dems who took the seat from the Conservatives.

And at the Lib Dem conference in Brighton last autumn his party colleagues debated the idea of forming a progressive alliance with other left-leaning parties to defeat the Tories.

The discussion followed publication of a book called The Alternative, edited by Labour MP Lisa Nandy, Ms Lucas and Chris Bower, who stood against her for the Lib Dems in Brighton Pavilion in 2015.

Mr Gale said that a progressive pact would amount to “political suicide”, with the party “squandering a unique opportunity to finally establish firm foundations” in Brighton.

He also said that a pact would be “utterly disrespectful to the electorate of Brighton Pavilion”, was an affront to democracy and stood “in total opposition to the liberal and democratic values on which our party is built”.

He said: “A cursory look at the data from the EU referendum shows wards within Pavilion backed remain by as much as 83 per cent. With our unashamedly pro-EU message we now have a unique opportunity to put our case to the electorate of Brighton Pavilion. 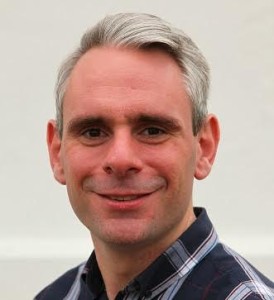 “We need to be winning back the voters that we lost in 2015, not working to consolidate Lucas’s majority and the ensuing stranglehold the Greens will have on Brighton Pavilion.

“To not stand a candidate amounts to the party squandering a unique opportunity to finally establish firm foundations on which to build for future elections. To vote in favour of the pact will be an act of political suicide.

“Democratic processes are meant to be at the core of our party. It smacks of double standards to be placing power in the hands of a very small unelected membership and asking them to decide whether we, as a party, deprive the electorate of Brighton Pavilion of the option to vote Liberal Democrat.

“If the membership decides to back the pact then it is, in my view, an affront to democracy, utterly disrespectful to the electorate of Brighton Pavilion and stands in complete opposition to the liberal and democratic values on which our party is built.

“We need a candidate on the ballot paper, giving voters the choice to vote for us or not. If they reject us at the ballot box, then that is their choice.

“It is the people who should decide if they accept or reject us. We should not reject ourselves in favour of a political rival.”

The Lib Dems are putting up candidates in Hove and Brighton Kemptown – Carrie Hynds and Emily Tester respectively.

Party members are due to decide whether to contest Brighton Pavilion or stand aside at a meeting tomorrow.