If the Greens stand aside in Hove, Labour should do likewise in Brighton Pavilion.

These are challenging days for the Labour Party, both nationally and here in Brighton and Hove. Even if the national polls are exaggerating the Tory lead, Hove is at perilous risk and aspirations of winning Kemptown are going to be brutally exposed as fantasy.

As such the Green Party’s letter to Labour and other parties offering talks on a progressive alliance, and the subsequent announcements that the Green candidate in Kemptown and the Lib Dem in Pavilion will stand aside at the forthcoming election must be taken seriously by Labour members across the city.

In my view Labour should reciprocate. If the Greens are now willing to also stand aside in Hove, Labour should not contest Pavilion, where Caroline Lucas is the sitting Green MP.

The arithmetic makes such an approach compelling. Peter Kyle’s majority in Hove is smaller than the number of votes polled by the Greens in 2015.

And in Kemptown, Nancy Platts (for whom I have served as agent at the last two elections) lost in 2015 by far fewer votes than were polled by the Greens.

Of course, it’s not that simple. Labour can’t count on the votes people who have previously voted Green – just as Caroline Lucas wouldn’t be able to assume the support of Labour die-hards.

But that brings me to another important reason that Labour in Brighton and Hove should embrace the progressive alliance at this election.

Put simply the stakes are higher at this election. The prosperity of our city, the jobs and careers of many of our citizens, our culture and vibrancy, have all benefited enormously from membership of the European Union.

Many of our friends and neighbours are EU citizens. In many cases we rely upon people from other EU countries to care for us – as care workers or NHS employees.

Unsurprisingly our city voted overwhelmingly to remain part of the EU. This was a position that Labour, the Greens and the Lib Dems campaigned for in Brighton and Hove. This is an issue that unites us.

Now a projected Tory landslide, that includes lots of new, emboldened hard right MPs, creates the very real prospect of a Brexit deal shaped by dogma and the preferences of the Daily Mail rather than the concerns of communities such as ours. 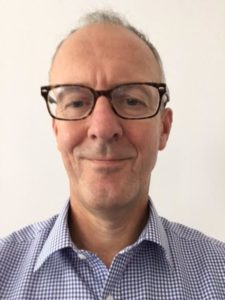 A progressive alliance in Brighton and Hove should and can mobilise the city’s pro-EU majority around a proposition that the UK should only leave the EU on terms that preserve our prosperity and which uphold the values that we hold dear.

Caroline Lucas, Peter Kyle and a likeminded Labour candidate in Kemptown, along with an army of activists, would be perfectly placed to take this message on to the doorsteps of our city and ensure that the Tories don’t win here.

There are objections within Labour to such an approach. Some will say we have to give people a choice to vote Labour – that it’s undemocratic and against party rules to stand aside.

Perhaps a way through this is to stand a paper candidate, who can explain in one single communication to the citizens of Pavilion the party’s approach at this election. They are not silly. They will get it.

Others object because they do not like the Greens and think that this some kind of cynical ploy for political advantage. In many cases this objection will have its origins in years of political competition.

It is an unfortunate feature of political tribalism that we demonise and dehumanise our enemies – just as they do us.

To them I would say, in an extraordinary time let’s get talking and take each other’s rhetoric (and actions in the case of Davy Jones in Kemptown) at face value.

One big lessons for me working as organiser in Hove in 2005 and agent for Nancy Platts at the 2010 and 2015 elections was that the electorate in our city don’t fit neatly into the boxes that we as party activists construct for them.

In many cases they are miles ahead of us and we need to catch up.

Although we don’t talk about it much, there was a massive amount of tactical voting going on in 2015 that gave a boost to Caroline Lucas, Nancy Platts and Peter Kyle.

A guilty secret that we should now acknowledge is that some of that was down to our own efforts to squeeze the vote in different parts of the city.

But some it was facilitated through the Vote Swap, a nationwide initiative which did good business in Brighton and Hove.

If we start crediting voters in the city with a bit more tactical nous and get our message right we can all help stem a Tory tide that threatens to wash away much of what makes Brighton and Hove such a great city.

College reaches out to former students