Coming to a screen near you – the wanted Brighton cinema vandal

A vandal caused £1,500 damage when he smashed the screen of a ticket machine at the Odeon cinema in Brighton on Monday (8 May). 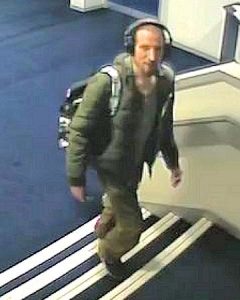 The man believed to have smashed the screen was captured on CCTV and is now being hunted by Sussex Police.

The force said today (Thursday 11 May): “A cinema in Brighton is having to pay over £1,500 to repair an automated ticket machine after a man smashed the screen.

“Officers are asking for the public’s help to identify the man after he smashed the screen at around 6pm on Monday in the Odeon cinema in West Street.

“On his way out of the cinema the suspect also pushed open the fire exit door so hard that he broke the hinges.

“The careless attitude of this individual has caused considerable damage and police are asking for the public to speak up if they recognise him from the CCTV image.

“Anyone with information can report online at https://sussex.police.uk/contact-us/response-to-appeal or contact police on 101 quoting serial 1300 of 08/05.

“Alternatively you can contact the independent charity Crimestoppers anonymously via https://crimestoppers-uk.org or call 0800 555111.”