New resident parking schemes for the Hanover & Elm Grove and Craven Vale areas of the city could begin in early October, if agreed by the Environment, Transport and Sustainability committee. 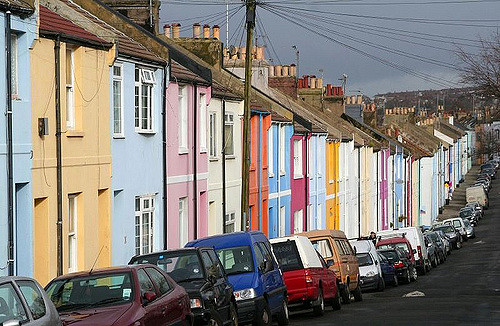 Originally almost 60% of those who responded to the consultation* were in favour of a scheme in Hanover & Elm Grove, and just over 65% wanted one in Craven Vale. The recent Traffic Regulation Order consultation stage allowed members of the public the opportunity to comment on the detailed design of the parking schemes.

Councillor Gill Mitchell, chair of the committee, said: “The consultations have highlighted the differing views of residents and we have significantly amended the Hanover & Elm Grove scheme to take account of what people have said.

“Overall there has been solid support for both schemes amongst the majority of residents, and a higher than average number took part in the Hanover & Elm Grove consultation. Now we need to get on with implementing the schemes. We will review how they are working and amend if necessary and will accommodate additional amendments during the implementation stage – these would be advertised for further comment.”

The schemes were drawn up in response to residents concerned about congestion and access to properties.

Following an extensive three-stage consultation, the proposals are for a residents’ parking scheme Monday to Sunday 9am-8pm in the area south of Elm Grove and streets in the North West section of the area, with the remainder having a new ‘light touch’ scheme for two periods during the day Monday to Friday: 11am-12 noon and 6-7pm.

In Craven Vale the proposal is to create residents’ parking Monday to Sunday, 9am-8pm.

In response to concerns from businesses the council will introduce a pilot allowing them to buy up to 50 visitor permits annually in addition to two business permits if eligible.

These are also the first parking schemes to consider installing electric charging point bays and a Bike Share hub.

All of the schemes would be reviewed after a year to 18 months.

Councillors will decide whether to go ahead with the parking schemes at the next environment committee on 27th June. The report can be found here.