A disgraced bishop who began his career in Brighton was aided by the church establishment, according to a report published this morning (Thursday 22 June).

The report, An Abuse of Faith, by Dame Moira Gibb, examined the Church of England’s response to the abuse of men and boys by the former Bishop of Lewes Peter Ball.

The 85-year-old, who was jailed in 2015, went to Lancing College and served as a curate in Rottingdean before setting up a religious community, the Community of the Glorious Ascension in Lewes.

The independent report, commissioned by the Archbishop of Canterbury Justin Welby, criticised among others the Diocese of Chichester.

It said that at the time of Ball’s abuse, the diocese, which has its head office in Hove, was dysfunctional.

Dame Moira said: “This report considers the serious sexual wrongdoing of Peter Ball, a bishop of the Church of England who abused many boys and men over a period of 20 years or more.

“That is shocking in itself but is compounded by the failure of the church to respond appropriately to his misconduct, again over a period of many years.

“Ball’s priority was to protect and promote himself and he maligned the abused.

“The church colluded with that rather than seeking to help those he had harmed, or assuring itself of the safety of others.

“We were asked to consider changes necessary to ensure that safeguarding in the church is of the highest possible standard.

“The church has made significant progress in recent years in its understanding of abuse. 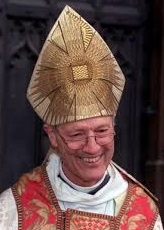 “We have no doubt that the Church has a genuine commitment to meeting its responsibilities towards the victims of abuse.

“However, we can see how difficult it is to make change across the complex structures of the church.

“Progress has been slow and continuing, faster improvement is still required. It is the leadership of the archbishops and bishops which will determine whether change is effective.”

The report has 11 recommendations for the church focusing on a range of issues including focusing on getting the right support in place for survivors, the leadership of bishops, strengthening guidance, reviewing the Archbishops’ Lists and the effectiveness of our disciplinary measures with regards to safeguarding related cases.

Receiving the report on behalf of the church, Bishop Peter Hancock, the CofE’s lead safeguarding bishop, said: “I am truly sorry that as a church we failed the survivors of Peter Ball.

“Having read the report I am appalled and disturbed by its contents. As Dame Moira says in her foreword Peter Ball abused boys and men over a 20 year period and as a church we colluded, we failed to act and protect those who came forward for help.

“There are no excuses. We accept all the recommendations and are working to action them.

“For the survivors, it may feel this is all too late. I am personally aware from my meetings with individual survivors in the course of my work that they live with the effects of this abuse for their whole life. I once again offer them my wholehearted apology.

“This report affirms the direction and steps that we have taken to improve the consistency, robustness and rigour of our practice but progress has been too slow.

“It has taken longer than it should have done but we are absolutely committed to implementing Dame Moira’s recommendations and my role as lead bishop is to ensure this happens.” 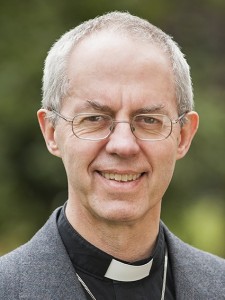 “The church colluded and concealed rather than seeking to help those who were brave enough to come forward.

“This is inexcusable and shocking behaviour and although Dame Moira notes that most of the events took place many years ago and does not think that the church now would conduct itself in the ways described we can never be complacent. We must learn lessons.

“I fully endorse the recommendations in the report and will ensure that the House of Bishops addresses how we can implement these as soon as possible, working with the National Safeguarding Team.

“For the survivors who were brave enough to share their story and bring Peter Ball to justice, I once again offer an unreserved apology.

“There are no excuses whatsoever for what took place and the systemic abuse of trust perpetrated by Peter Ball over decades.”

The church said: “If you are affected by this report and want to talk to someone in the church, your local diocese has a safeguarding adviser or team who can be contacted via the relevant diocesan website.

The National Society for the Prevention of Cruelty to Children (NSPCC) said: “It is utterly disgraceful to discover that collusion at the heart of the Church of England led to the abuse of so many young men and boys.

“Abuse can happen in any institution or walk of life and we must ensure it can never be covered up by the powerful.

“Abuse in our most revered institutions must be exposed and investigated, offenders brought to justice and victims given confidence to come forward.”

Man charged with with assault and cannabis production after Whitehawk siege

Run for charity in Hove Park to promote men’s health