Works to improve a seafront accident hotspot seven crashes have injured eight people in five years could cause delays on the A259 this summer. 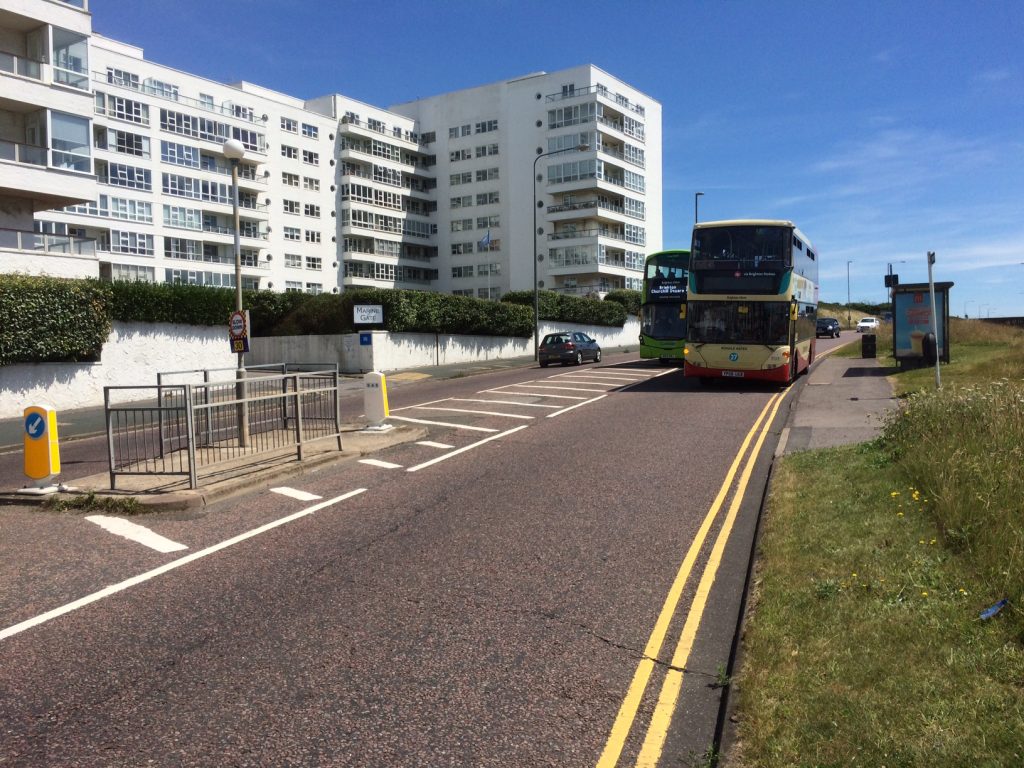 Eight weeks of roadworks to create a new bus layby on the westbound carriageway on Marine Parade above Brighton Marina will start next week.

It’s hoped this will stop stationary buses blocking sightlines for pedestrians crossing the road to a central island there.

There will also be a new toucan crossing to help people leaving the bus to cross the road, towards Kemp Town.

This will also help guide cyclists from the cycle track on the southern side of the A259 towards other nearby cycle routes into east Brighton.

Between 1st July 2010 and 30 June 2015 there were seven collisions resulting in eight casualties, four of which were classed as serious.

Lanes will be temporarily narrowed during the works, potentially slowing traffic and causing delays. Drivers are advised to allow extra time for journeys or seek alternative routes.

A council spokesperson said: “This is about the council improving transport for all modes of travel. When complete these measures will make it easier for cars to pass stationary buses, as well as making things safer and easier for people using the bus, walking or cycling.

“Records show there’s a safety issue at this point which we really need to address.”