Dozens of Brighton schoolchildren were joined by Steve Coogan today as they delivered a message in a bottle about school cuts to 10 Downing Street. 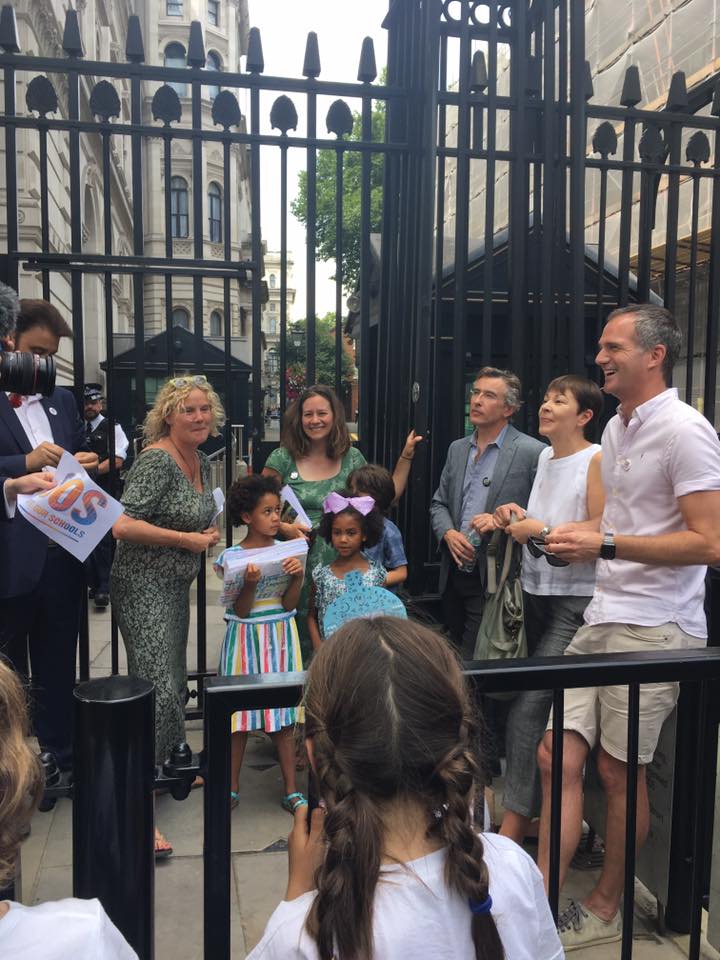 The Save Out Schools campaign was also joined by city MPs Lloyd Russell-Moyle, Caroline Lucas and Peter Kyle as they brought tens of thousands o messages written by schoolchildren across the country about why they love their schools to the Prime Minister’s door.

Brighton schools singer Al Start also led the children in a performance of their song, Message in a Bottle.

The messages are part of a campaign against cuts to schools budgets which are leading to headteachers having to make increasingly difficult decisions as to how to balance their budgets.

Although the Government says it has increased the overall budget, schools are having to pay more in business rates, national insurance, pensions, VAT and other essential expenses – as well as teach increasing numbers of pupils.

The campaign says that in Brighton 51 Teaching Assistants (TAs) are on the verge of being made redundant across the city.

Steve Coogan said: “I’m fully supporting all the parents leading the fantastic Save Our Schools Campaign, forcing politicians to seriously consider the funding cuts to our state school system.

“We cannot live in a society where we have a state education system that is stripped to the bone and where the arts and sport are the preserve of children whose parents can afford to pay for them.”

The children are now on their way to Trafalgar Square where they will float the bottles in the fountains.

The campaign is also sending a hand-written letter to the Secretary of State for Education Justine Greening every day until the budget.