A reward of £1,000 has been offered to help police find a suspected Brighton drug dealer.

Sussex Police said: “The charity Crimestoppers UK has agreed to offer a reward of up to £1,000 for information leading to the arrest and conviction of a Brighton man who is wanted for interview over conspiracy to supply class A drugs in Brighton. 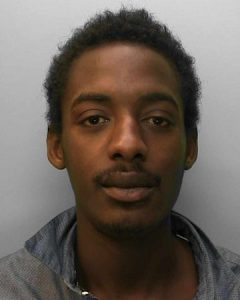 “Padodou John, 27, is wanted for questioning and failed to answer bail on (Wednesday) 8 March.

“He is still believed to be in the Brighton and Hove area, in localities ranging from Mile Oak in the west  to Peacehaven in the east.

“Padodou is 5ft 7in, black, skinny with short black hair.”

Detective Constable Jon Freeman said: “If you have seen him or have any information of his whereabouts, please contact the independent charity Crimestoppers, anonymously if you wish, on 0800 555111. You can quote Sussex serial 220 of 12/05.