A child rapist from Brighton faces a prison sentence after he admitted nine sex offences against six girls when he appeared at Hove Crown Court. 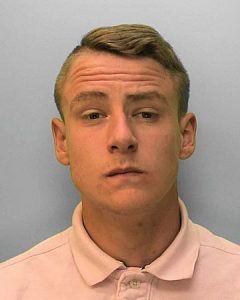 The offences date from 2015 to this year and involved girls from Brighton, Lancing and Newhaven.

Detective Constable Rich Valder-Davis, of the Brighton Safeguarding Investigations Unit, said: “Harby got to know his victims all of whom were younger than him, supplying them with mobile phones and giving them alcohol.

“As well as assaulting them, he sent some of them indecent photos of himself via the social media app Snapchat.

“Working closely with Brighton and Hove City Council children’s services, we were gradually able to gain the confidence of the victims and put a case together with the invaluable assistance of the CPS (Crown Prosecution Service) and prosecutor James Dawes.

“A dangerous sexual predator who targeted young girls has now been safely removed from the streets and we hope this will act as a reassurance for any other young girls who have found themselves in the same distressing situations, and their families, that they can contact us in confidence at any time and arrange to talk in confidence to experienced investigators.

“All information will be taken seriously and we can also arrange access to sources for further advice, support and counselling where necessary.

Lorna Lee, who specialises in prosecuting rape cases for the CPS, said: “Harby targeted vulnerable young girls, gaining their trust and becoming someone they felt understood them and that they could confide in.

“He abused that trust, fostering relationships with the girls to a point where he could then abuse or rape them.

“Rather than the trustworthy friend they had been led to believe him to be, Harby was a sexual predator who used these young girls for his own sexual gratification.

“Due to the overwhelming evidence in this case, which included accounts from each of his victims, Harby entered guilty pleas to these offences.”

He was remanded in custody for sentencing on Friday 29 September.