A Brighton and Hove property developer Mike Holland and his foreman Grant Oakes have been jailed for nine months each for manslaughter.

The pair were sentenced this afternoon (Friday 15 September) for the death of carpenter David Clark who fell 15ft through a gap in the first floor of a building that was being refurbished.

They were jailed by Judge Christine Laing at Hove Crown, having been found guilty of manslaughter due to gross negligence by a jury in June after a three-week trial at Lewes Crown Court.

At the start of the trial Holland and his company Cherrywood Investments admitted breaking health and safety laws. Oakes pleaded not guilty but was convicted by the jury.

Mr Clark, 55, of Dyke Road Avenue, Hove, died after suffering head injuries in the fall at the Stanmer Park Stables three years ago.

This morning the judge heard Mr Clark’s partner Beverley read a victim impact statement before listening to mitigation, including details of Holland’s generosity and charity work over many years.

Mrs Clark told the court how she kept a bedside vigil in the days after Mr Clark fell in September 2014 until he died four weeks later – and the agony of letting him go.

She said: “Having to watch this big funny clever man shrivel in his bed and not even being able to drink from a cup was heart-breaking.

“Almost 1,000 mourners eventually attended his funeral, such was his popularity.

“The impact of his death has been felt right across the community, let alone among friends and family.

“Two days before he passed, Dave asked me to marry him. From the worst possible circumstances came a glimmer of joy.

“He had proposed to me and I could not wait to be this man’s wife. Two days later, all our dreams and future plans were cruelly ripped from us both.

“Standing at the end of that hospital bed as he died, watching the clock every time the hospital staff tried to resuscitate him to see if he could breathe on his own is a memory I would not wish on my worst enemy. 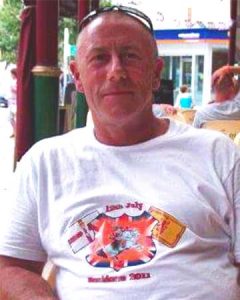 “I constantly have nightmares about the accident. I have been taking anti-depressants and sleeping tablets for over two years now, after finally admitting that I needed help and going to my GP.

“I had to leave our joint home in Hove as I was unable to afford this on my own.”

Mrs Clark told how her bedside vigil and her desire to attend coroner’s and criminal court proceedings had cost her her livelihood. She said: “Everything has had a great financial impact on my life as well as emotional.

“My outlook on life has changed drastically and, in truth, if I could go to bed tonight and not wake up tomorrow, I would be happier than living the life I a left with.

“These two men had a duty of care to a man that worked for them. That man was my fiancé. That man went to work one morning and never came home again as a result of an accident that should never have occurred.”

“Dave was not just a name, not just a statistic – like I feel he has been portrayed in this case. He was real. He was my partner – my love, my rock. He was a loving and devoted grandad. He was a caring and supportive father. He was a true friend to so many people and always put others concerns and needs before his own.

“Dave died too soon in what I feel were totally unnecessary and unfair circumstances. His loss will be felt forever.” 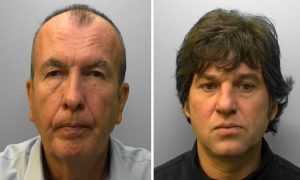 Detective Inspector Mick Jones, from Sussex Police, said: “Dave Clark went to work that fateful morning in 2014 and his partner Beverley had every right to expect him to return.

“However, the unsafe conditions on that building site on which numerous men were working, particularly those working at height, meant that it wasn’t to be.

“I hope that these convictions send a strong message to those within the construction industry that the safety of those working on sites should be of paramount importance.

“Where this is not the case, the Health and Safety Executive and police will tenaciously pursue them and bring them to justice.

“People often blame health and safety for stopping people doing everyday things but the whole reason is to prevent serious injury and death like the tragic death of Dave Clark.

“I hope this sends the message that there are real consequences of a blatant disregard for the wellbeing of their workers.”