Don’t miss the legendary Theatre Of Hate at Patterns, Brighton

I have to say that I am rather excited about seeing the awesome Theatre Of Hate play live again. I was a fan right from the beginning, when they unleashed their very first double-A-sided 7” single release entitled “Original Sin”/”Legion”.

This was way back in 1980, when Kirk Brandon formed Theatre Of Hate from the ashes of heralded punk band The Pack. Joining Kirk on vocals were notable punk musicians Stan Stammers and Luke Rendall, along with old school friend, Steve Guthrie and Canadian born John “Boy” Lennard, who revolutionised the band’s sound with his haunting sax lines. 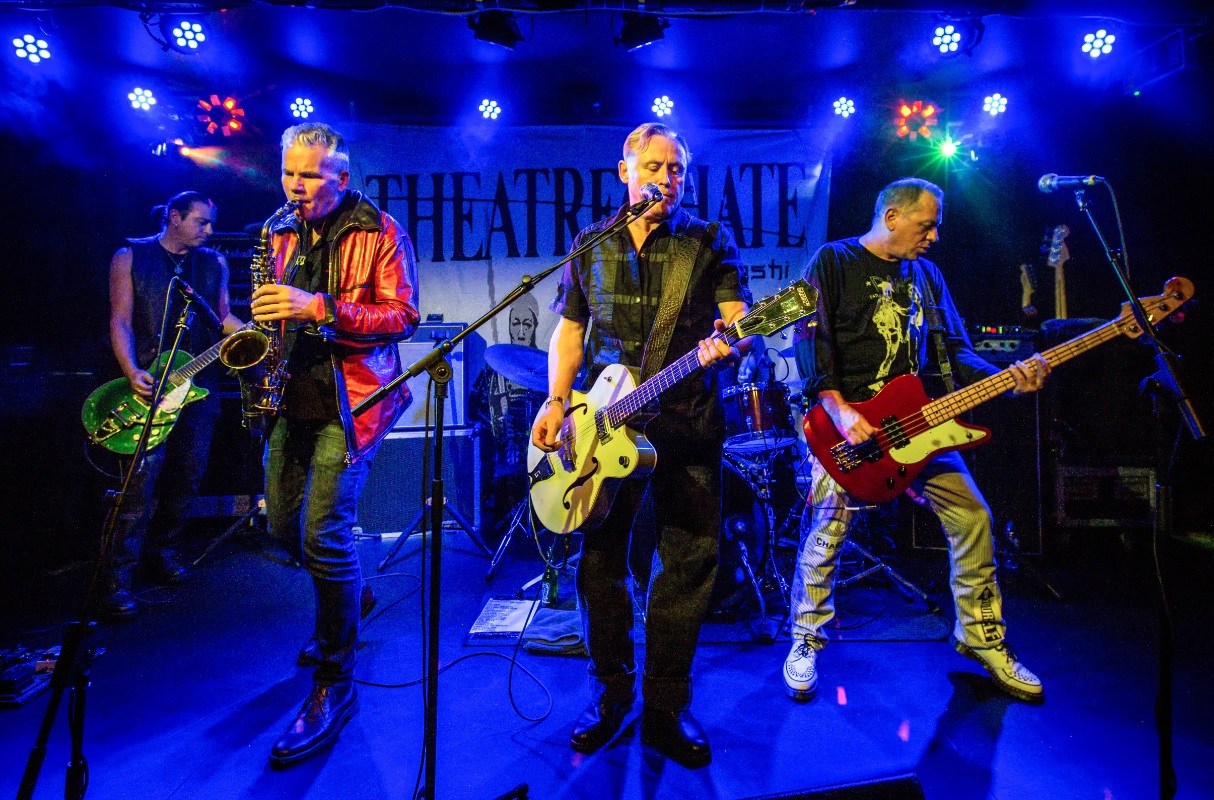 The aforementioned “Legion”/”Original Sin” successfully topped the independent singles chart in 1980, and their debut album “Westworld” (which was produced by Mick Jones from The Clash) was released in 1982, and it held onto the number one position for a massive 21 weeks! The single taken from the album, “Do You Believe In The Westworld?” has become an anthem and is still widely played in clubs and on international radio, as well as featuring on numerous compilation albums.

Theatre Of Hate were a force to be reckoned with when playing live (as indeed they still are today!) and this quickly got them on the same bill as the likes of The Clash & Ian Dury. This became their springboard to headlining major venues across the UK & Northern Europe in their own right. 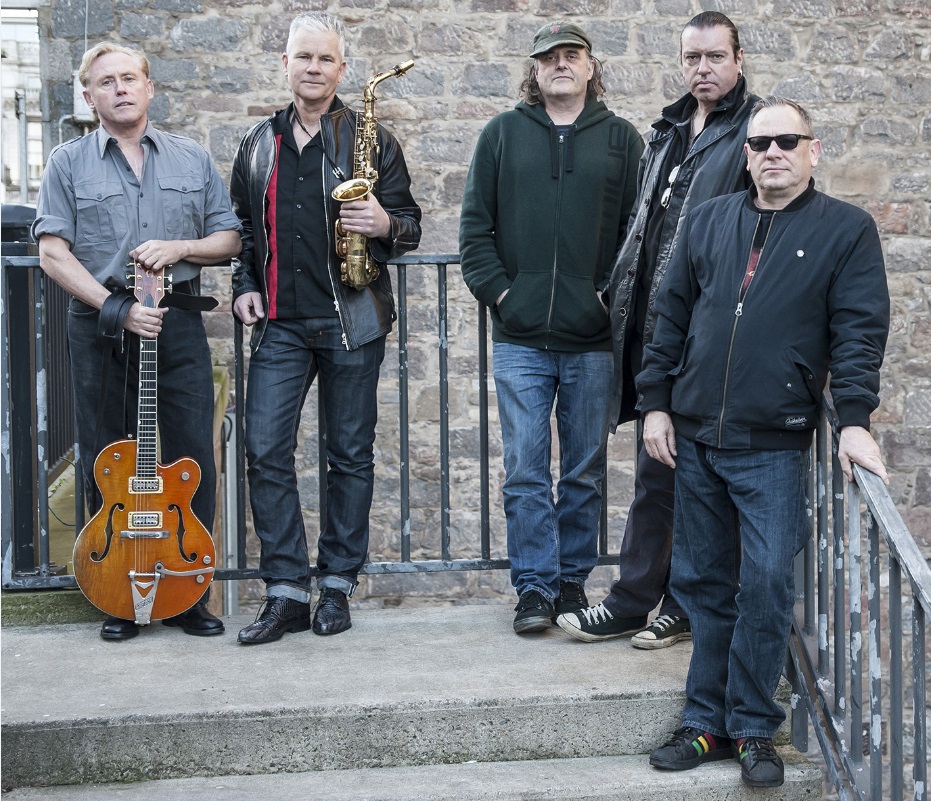 Having been asked by John Curd to join The Damned for a massive show at London’s infamous Roundhouse in December 2014, the band once again joined the fray. A short set of dates around the London anchor show attracted rave reviews, as did a 6 night night sold out run in December 2014.

2015 saw the band play two short jaunts across the UK in April and December with both sets of dates wowing large crowds. 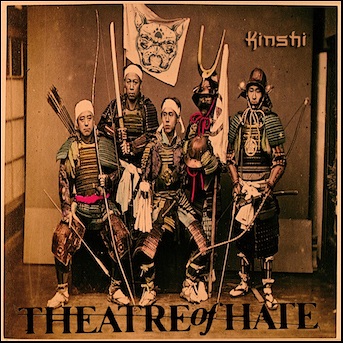 During touring in 2014 and 2015, the band constantly recorded at Oxygen Studios in Manchester and the outcome was their first new studio album in 30+ years. It is entitled ‘Kinshi’ (which I believe means ‘prohibition’ and ‘ban’ in Japanese) and was released (via a successful private pledge) on October 14th 2016 on CD, Vinyl, Download and Dub to pledgers. The 12 brand new songs are simply stunning.

So far, 2017 is looking like a very busy year for the guys, with the album getting label releases in Europe and the USA and they have no less than 17 shows planned in October in the UK, Europe and the USA . The second night of the tour calls in at Patterns in Brighton on Saturday 7th October.

Kirk, Stan and John will be joined by current Spear Of Destiny band member Adrian Portas (New Model Army) on guitar and Chris Bell (Hugh Cornwall) on drums to pay homage to the iconic TOH sound.

For concert tickets visit: https://www.kirkbrandon.com/shows and click on the shows of your choice. See you there!