A graffiti vandal who defaced two vans belonging to recycling and reuse warehouse Shabitat has apologised – by re-spray painting the vans with their name and contact details. 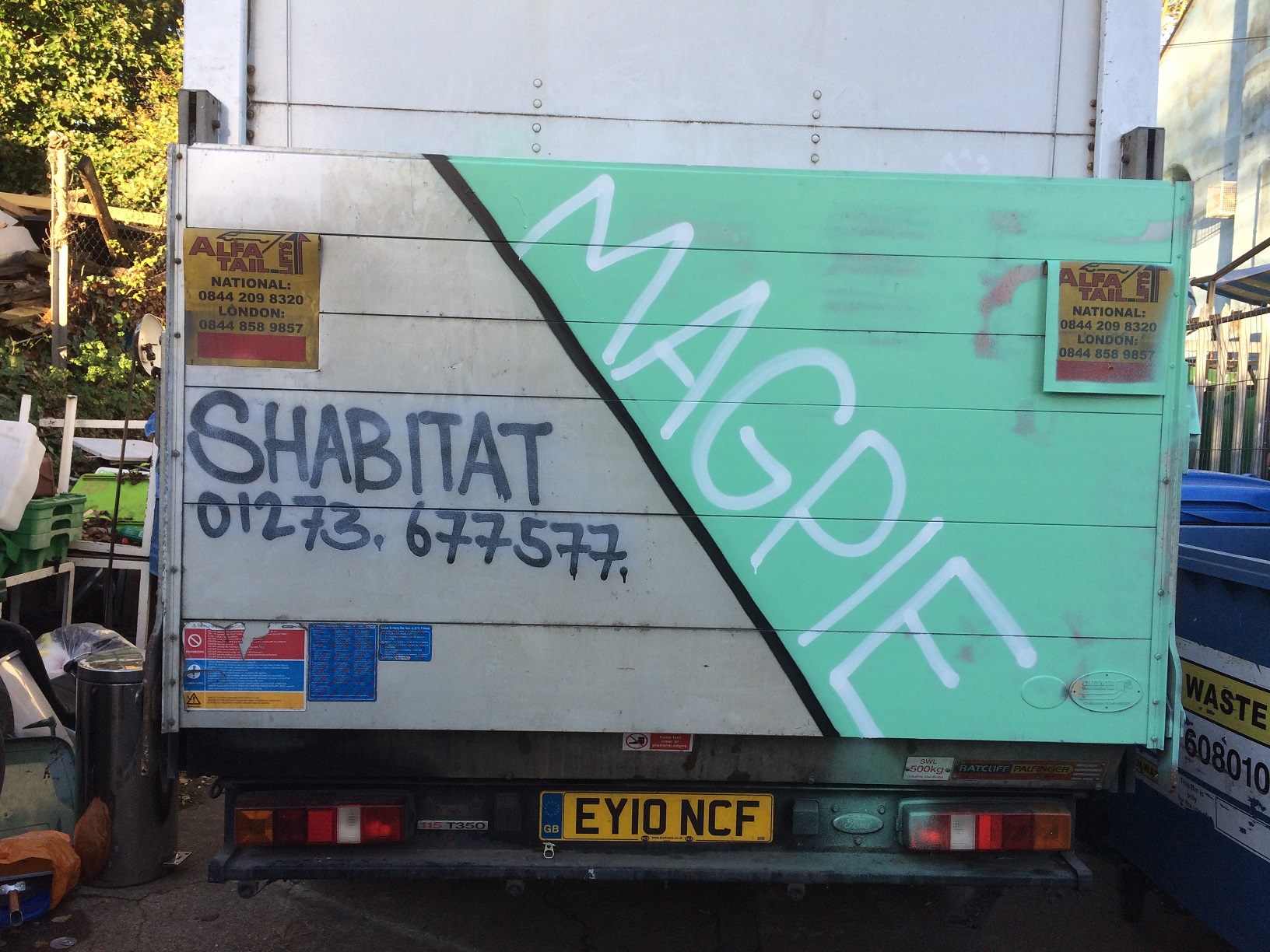 The vans were first tagged over the course of a week in late October and early November, with the same distinctive tag which has been spotted all over Brighton.

But after The Argus ran a story about the vandalism on Saturday, explaining that the damage would cost the cash-strapped collective £1,000 to repair, the painter returned last night and attempted to cover up the tag.

The tagger, believed to go by the name Fugly, also scrawled an apology on a metal box, reading: “Sorry about your vans. No negative feelings. Peace.” 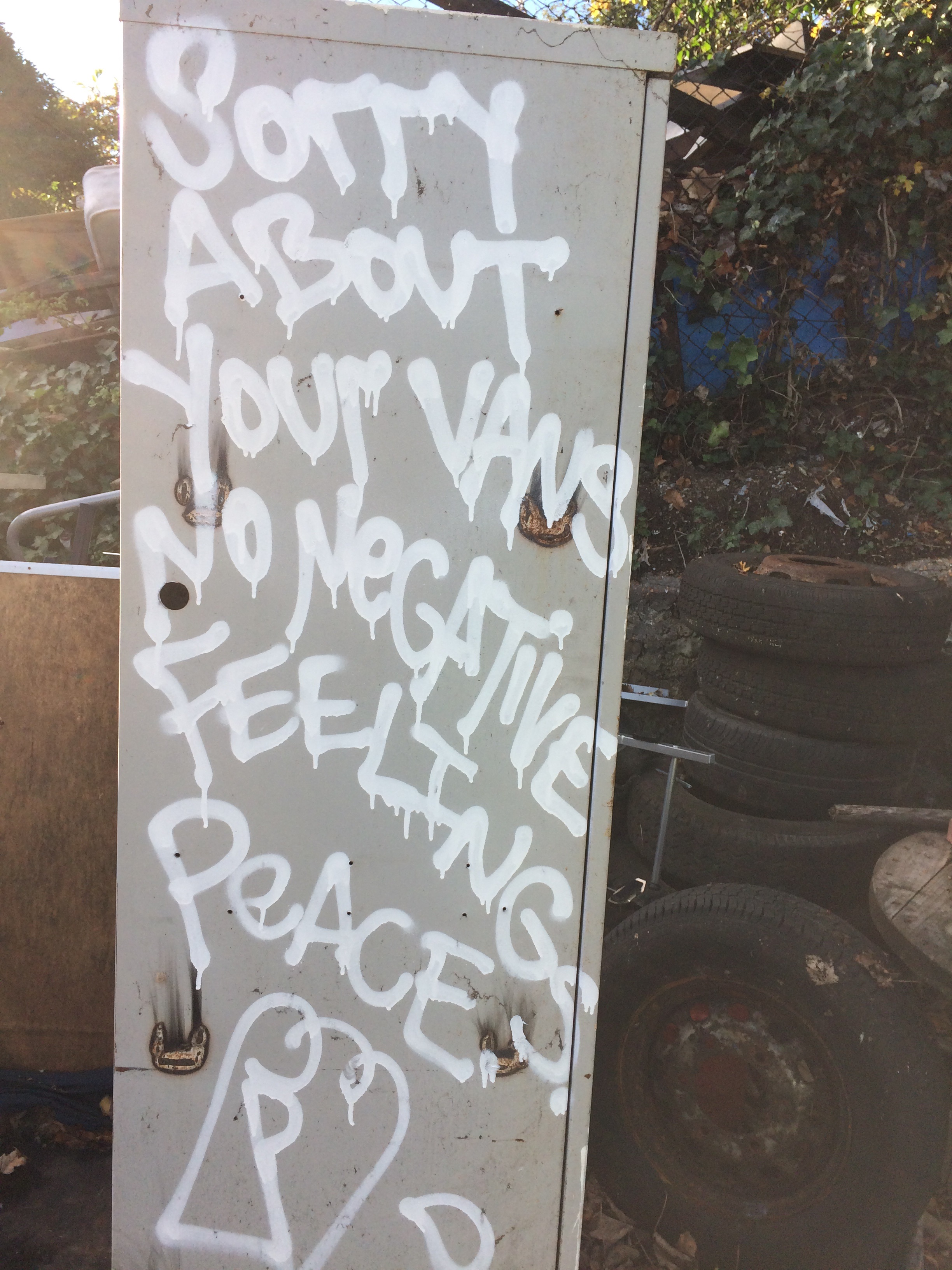 Tracey Stripp, from Magpie Recycling which runs Shabitat, said they were taking the latest paint job as an apology – but added they would have preferred it if the mystery vandal had spent his time scrubbing off his original work.

She said: “It’s like they have a conscience – but we would rather the time had been spent removing the original.

“We were all very angry when we saw the original tag, but when I came in this morning I actually laughed when I saw it.

“It’s comical that someone spent so much time doing this. He must have been here quite a while, because it’s both sides of the van – the original tag probably only took about five minutes to do.

“We will have to keep it for the time being because we don’t have the funding to fix it. One of our girls is trying to do a fundraiser to repaint the blue van so we are hoping that that takes off. The white van we didn’t want to paint at all.

“We have given people permission to paint on the side of the building, as long as they don’t go over the Shabitat barcode. But it is beginning to get too close, so we may have to clamp down on that too. It’s all so mindless.” 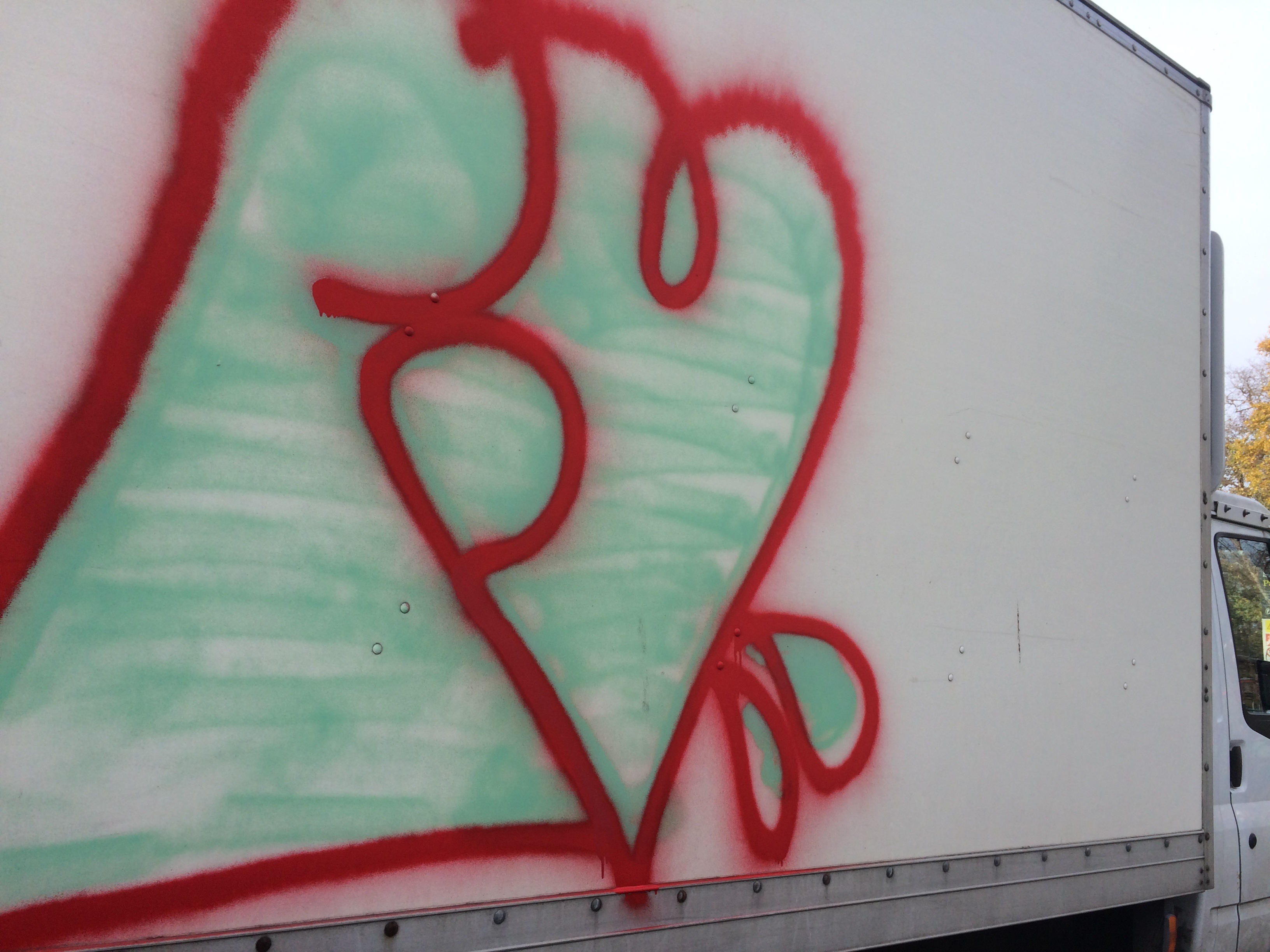