A young boy was freed by two passing men after being hit by a car and dragged along the road underneath it yesterday afternoon. 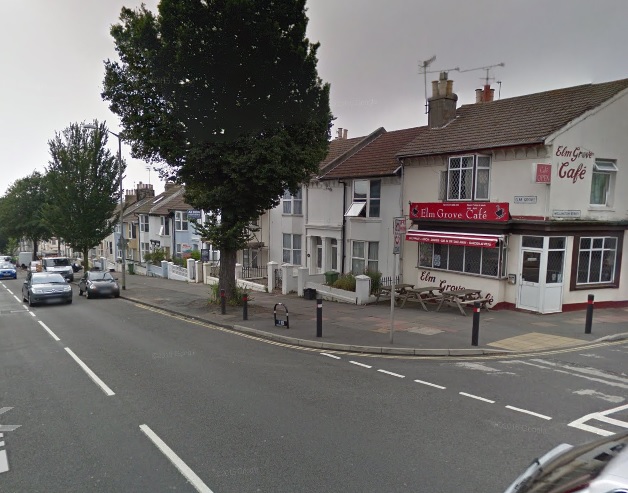 The 10-year-old boy, was crossing the road with a friend when the crash happened on Elm Grove, at about 2.50pm.

The boy, who was conscious, was taken to hospital with face and pelvis injuries.

Jules Toogood, who witnessed the crash, said: “A couple of passing guys pulled the car off him and managed to free him, but it was a very hard hit.

“The car was going fast and the boy stepped out without seeing it. His poor mother was just round the corner and the kid that was with him ran to get her. It wasn’t her fault. She ran to him and tended him at the scene. It was terrible all round, really.

“It was horrible – there was an awful silence after a while while everyone realised all we could do was wait for the professionals to arrive.

“It’s at times like this I’m thankful we can call on the NHS without even thinking about funding, convenience or staffing.”

A police spokeswoman said: “Emergency services were called to a report of a collision involving a boy pedestrian and a car in Elm Grove, Brighton, on Sunday (19 November) at 3pm.

“The 10-year-old boy suffered face and pelvis injuries and was taken to hospital. The road was closed with De Monfort Road for a while. The driver of the Ford Focus involved was not injured.”

A South East Coast Ambulance Service spokesman said: “Ambulance crews attended the scene following reports a young boy had been hit by a vehicle on Elm Grove shortly before 3pm.

“The boy was assessed and treated for a pelvic injury before being taken to Royal Sussex County Hospital.”