Vegetarian shoes? A hundred vegan runners pick up the pace at the Brighton 10k

A hundred vegan runners took part in the Brighton 10k yesterday (Sunday 19 November) as part of a weekend of activities in the town.

Their club – Vegan Runners – even held an official “race within a race” during the popular seafront run which attracted almost 2,000 participants. 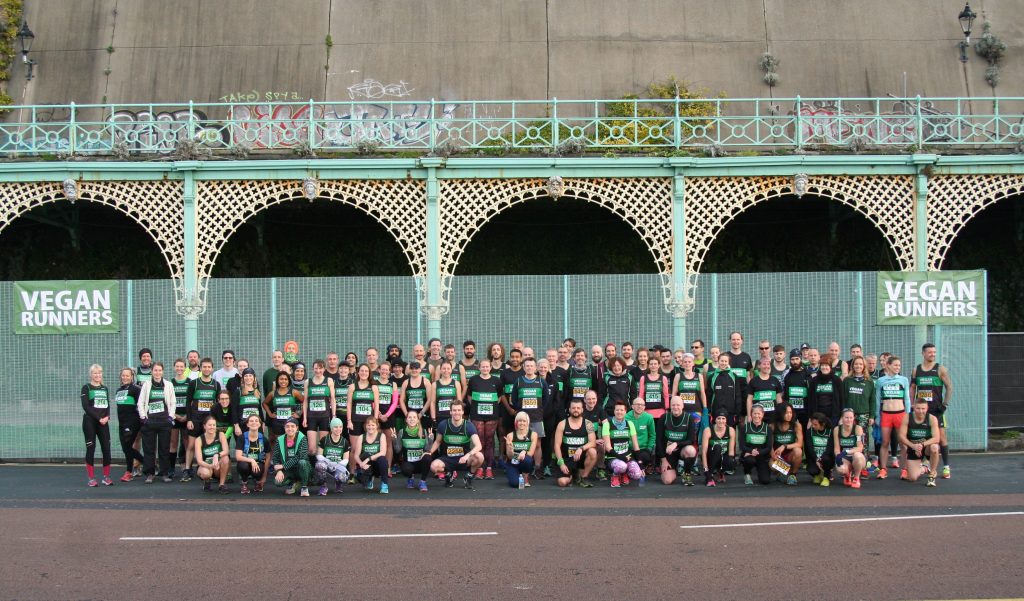 A day earlier 95 members of the club – one of Britain’s biggest – took part in the park run in Preston Park while other members volunteered as marshals.

The turnout is one of the biggest from one club at a single park run.

At the Brighton 10k Brendan Guy O’Boyle was the fastest finisher among the Vegan Runners in 34 minutes and 15 seconds. The Brighton-based member came 28th overall.

Two members the the host club, Brighton and Hove Athletics Club, finished in the top 10.

Among the women Ali Guihen was the fastest Vegan Runners member from Brighton, finishing 17th overall in 39:39.

The Vegan Runners also held a number of social events for their Big Brighton Weekend, with restaurant meals, a vegan beer festival and even a vegan singles event.

Whole venues were booked out on Friday and Saturday evening to cater for the club’s food lovers.

And the Concorde 2 played host to the club before and after the 10k, where several members tried the vegan beer.

The running club said: “The sheer volume of Vegan Runners in town for the weekend is expected to make a substantial contribution to the city’s vegan economy.”

The Brighton Vegan Runners co-ordinator Dave Arnold, who spent months organising the weekend, said: “When it was agreed that the AGM would take place in Brighton and Hove this year, we knew we really wanted to showcase everything our brilliant city has to offer.

“Many of our clubmates around the country don’t have anywhere near the range of vegan eateries and shops that we enjoy here.

“We were delighted to show them what an inclusive friendly city Brighton is, as well as showing the city what a fit and friendly bunch we are.

“We even challenged for some of the 10k top spots.”