A North Laine shop has appealed for the return of its beloved Moominpappa who has not been seen for 48 hours. 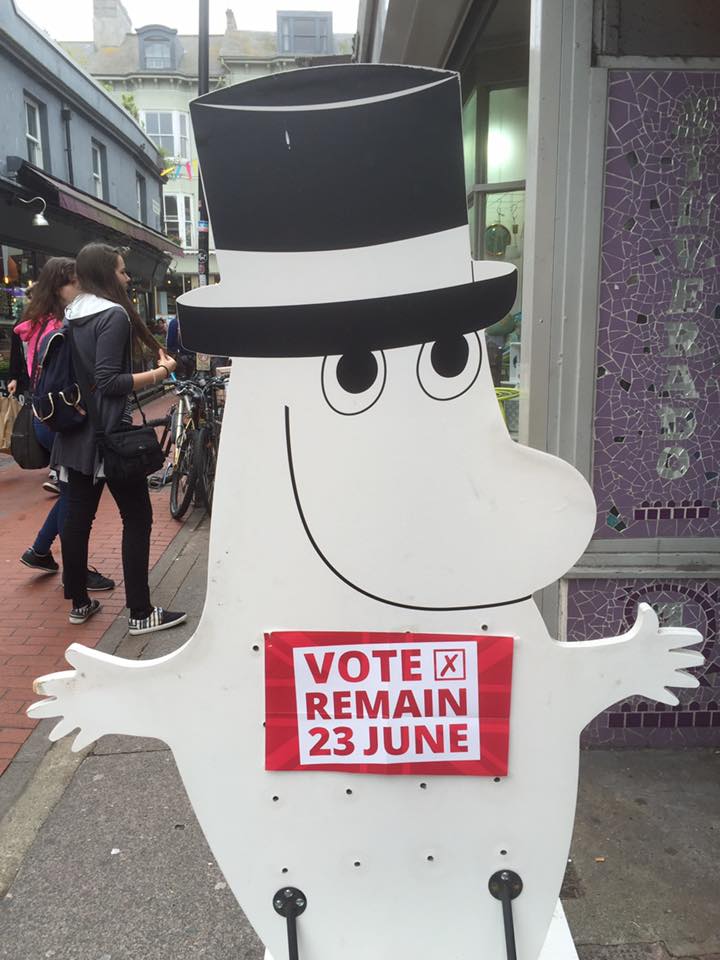 Pussy Home Boutique has put the four foot tall board featuring the quirky Scandinavian cartoon character outside its shop in Kensington Gardens for the past eight or nine years.

But on Sunday night, a staff member forgot to bring him safely inside, and on Monday morning, he was nowhere to be seen.

The shop is now appealing for his safe return.

Manager Nicky Dickson-Cox said: “He’s kind of part of the family. We take him out every morning and people take photos of themselves with him and it’s just a bit weird not having him.

We have done it before and left him outside before but he’s always come back – he came back once with little lipstick kisses all over him, but this time he hasn’t come back.

“If you lift him up by the hands, one side of him is on wheels so you can scoot him away. Maybe some people thought that would be fun and took him for a little walk, or maybe they have taken him home. I just hope they’re not mistreating him, that’s all.”

“I have got one of him, though I’m actually using him as a headboard on my spare bed. I don’t reallyk want to bring him in but I could do if needs must.”