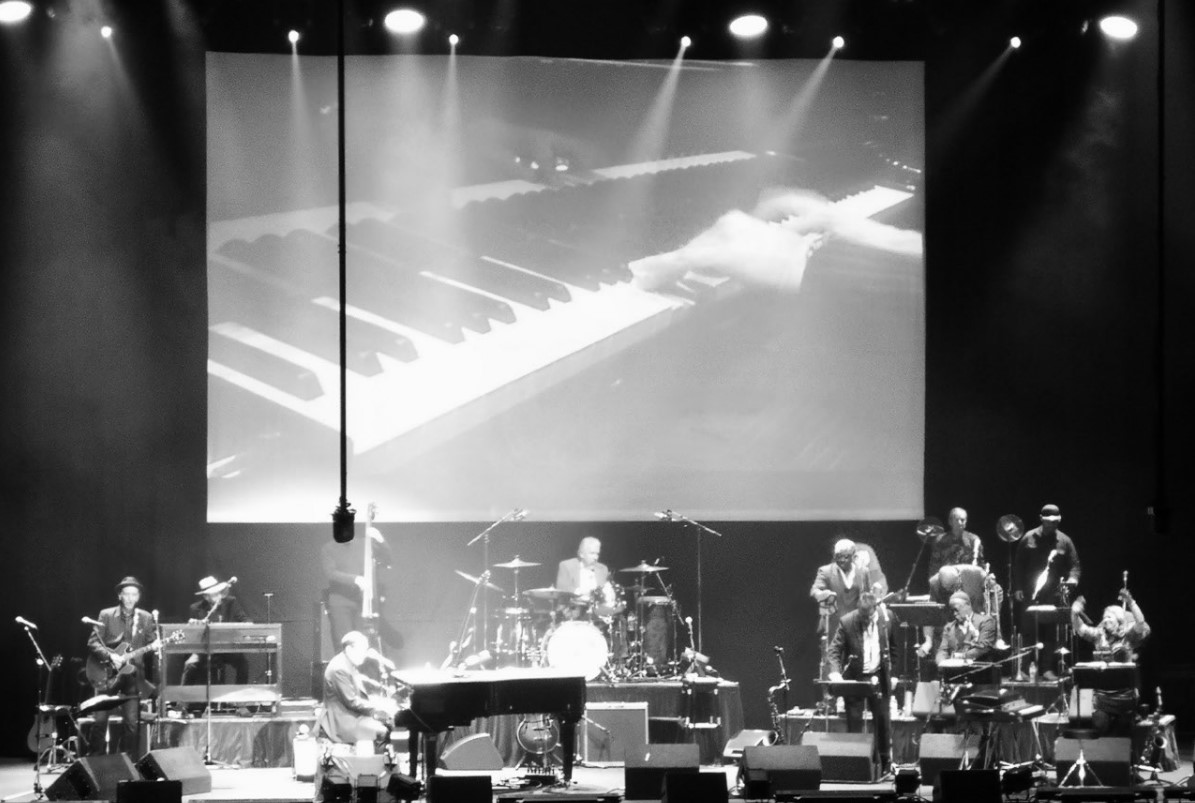 Musical virtuoso Jools Holland and his well-renowned Rhythm & Blues Orchestra boogie-woogied into Brighton tonight as date 30 of a 33-date tour. Now in its 22nd year, these legendary shows are not to be missed and so we went along to report on the night.

This year Jools was joined by 15 friends on the Brighton Centre stage. The highlight being the Grammy Award winning 72-year-old Puerto Rican Latin legend Jose Feliciano, who is one of the most prominent stars in Latin America and revered musicians in the world. His full name is Jose Montserrate Feliciano Garci­a and he was born blind at birth as a result of congenital glaucoma. However, this did not stop Jose picking up the musical vibe at a very early age. 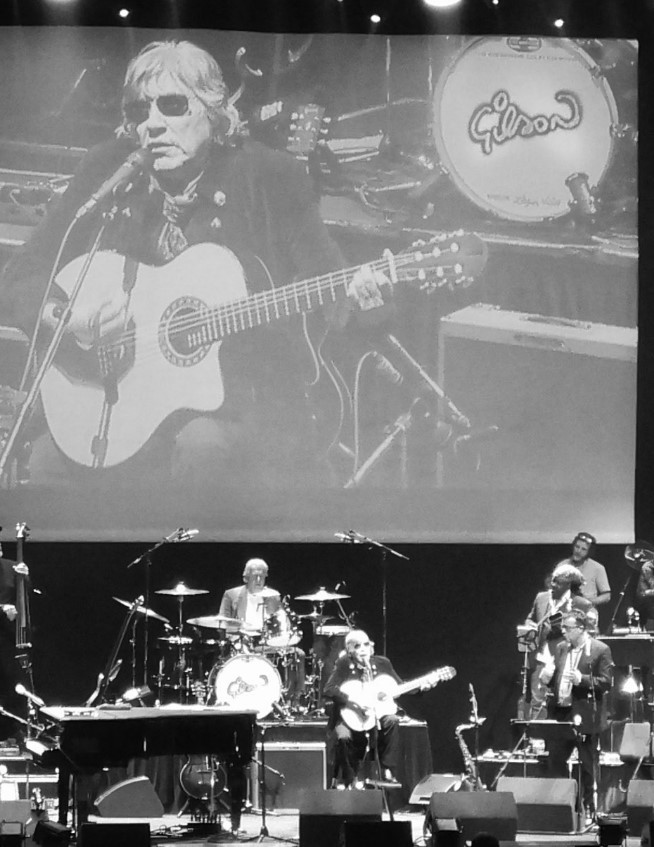 José Feliciano with Jools Holland & His R&B Band live at the Brighton Centre 16.12.17

Jose has worked with the likes of John Lennon and Joni Mitchell in the past, his catalogue of international hits includes his covers of The Doors ‘Light My Fire’ and the Bee Gees ‘And The Sun Will Shine’ along with the much-loved Christmas classic, ‘Feliz Navidad’, which is recognized by ASCAP (American Society of Composers, Authors, and Publishers) as one of the 25 all-time most-played Christmas songs in the world. 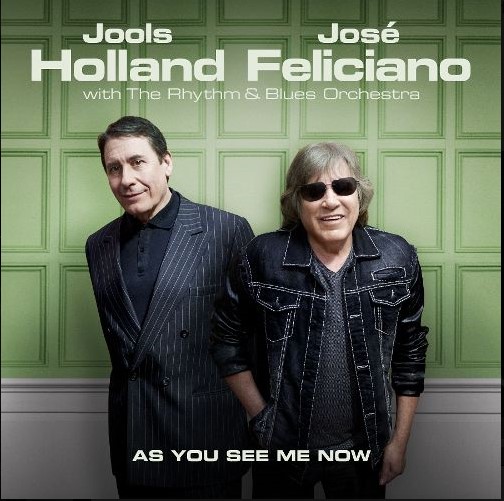 Jose and Jools (together with the Rhythm & Blues Orchestra) have recently released an album entitled ‘As You See Me Now’ which broke into the Top 30 and its sound reflects the mix of Latin and pop styles and inimitable guitar playing. Jools Holland said of Jose Feliciano: “A man whose voice and guitar I’ve idolised all my life”.

This evening in Brighton you could clearly see the admiration that both men had for each other, as there was a giant screen behind the band which showed close-ups of the musicians at work.

It’s amazing really, how far Jools’s career has come from his initial punk days musicianship on Wayne County & The Electric Chairs controversial ‘F**k Off’ single to hosting the legendary ‘Tube’ TV show with Paula Yates on Channel 4, to having his own studio ‘Helicon Mountain’, built to his design and inspired by Portmeirion (the setting for the 1960s TV series The Prisoner), to receiving an OBE from the Queen in 2003 and now here he is tonight in front of me. Mind you I have seen Jools perform here at the Brighton Centre many years ago as support to The Police. 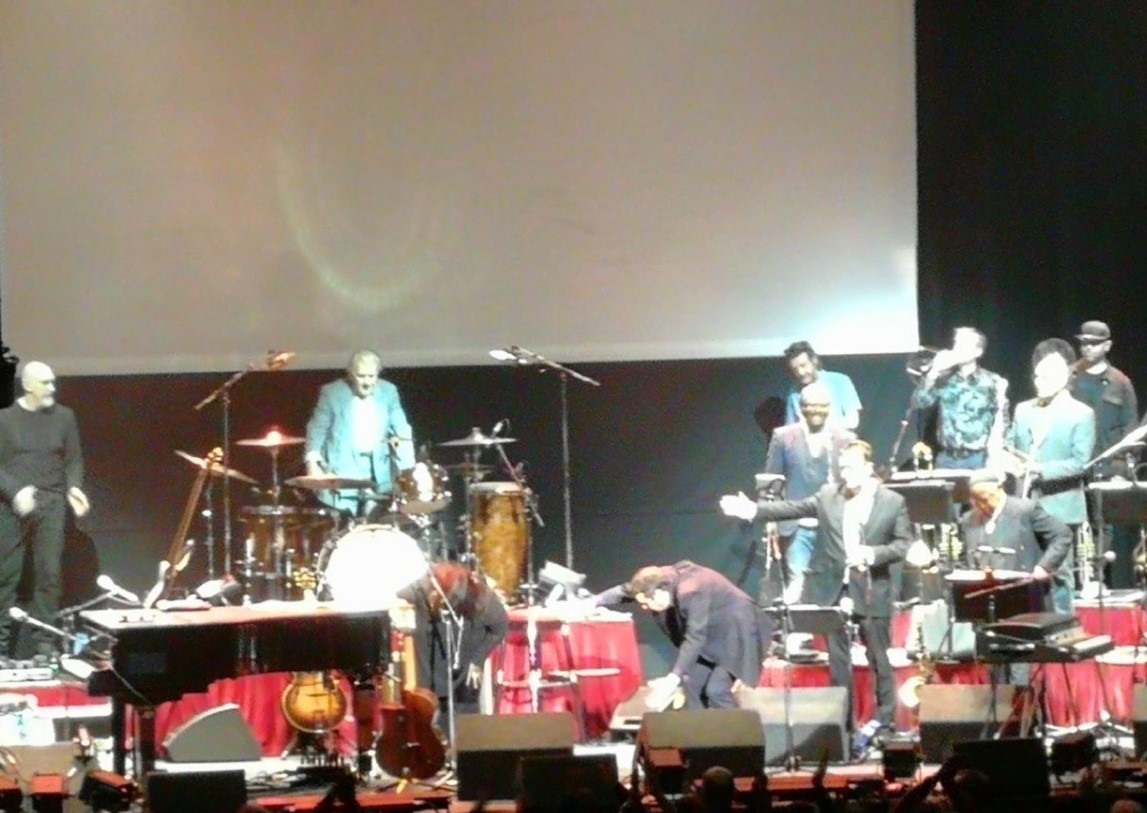 Also featuring in this evening’s show was fan favourite, the Jamaican born Ruby Turner. Who can now add Member of the Order of the British Empire (MBE) to the end of her name, having been awarded this in the 2016 Birthday Honours for services to music. Tonight, as always, Ruby blasted out her powerful vocals as she has been doing on BBC TV’s Jools’ Annual Hootenanny from 2007 to 2016 inclusive. Her talents have been noted far and wide and she has worked with Mick Jagger and Bryan Ferry to name just two. 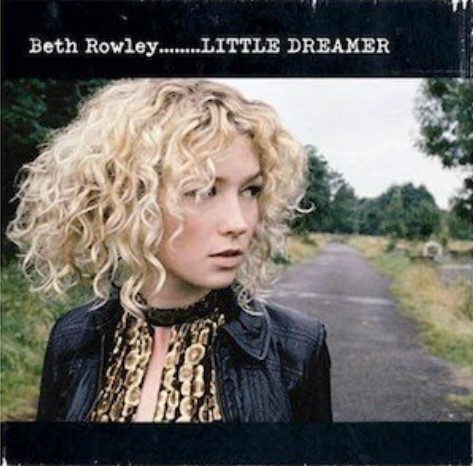 Another one of Jools singing guests tonight was Beth Rowley. She was actually born in Peru to British parents and you may recall her ‘Little Dreamer’ album, which peaked at No.6 in 2008 in the Official Albums Charts. She has also supported David Gray, he of ‘Babylon’ fame. This evening she sang rather well and plays a mean mouth organ too.

The final lady singer was Louise Marshall, who has appeared on ‘Later With Jools’ BBC TV show several times.

During tonight’s show myself and the crowd were particularly enamoured with the supreme drumming skills of 66-year-old Gilson Lavis. He goes back a long way with Jools at they were both in the new wave pop band Squeeze. The band had several hits including ‘Cool For Cats’, ‘Up The Junction’ and ‘Labelled With Love’..

Tonight Jools (and his pals) entertained the mature audience by performing tracks spanning his entire solo career along with pieces taken from his instrumental album ‘Piano’ released in December 2016, as well as songs from his new collaboration with Jose Feliciano. Highlights this evening were ‘Light My Fire’, ‘California Dreamin”, the seasonal ‘Feliz Navidad’, ‘Enjoy Yourself (It’s Later Than You Think) and ‘Hit The Road Jack. 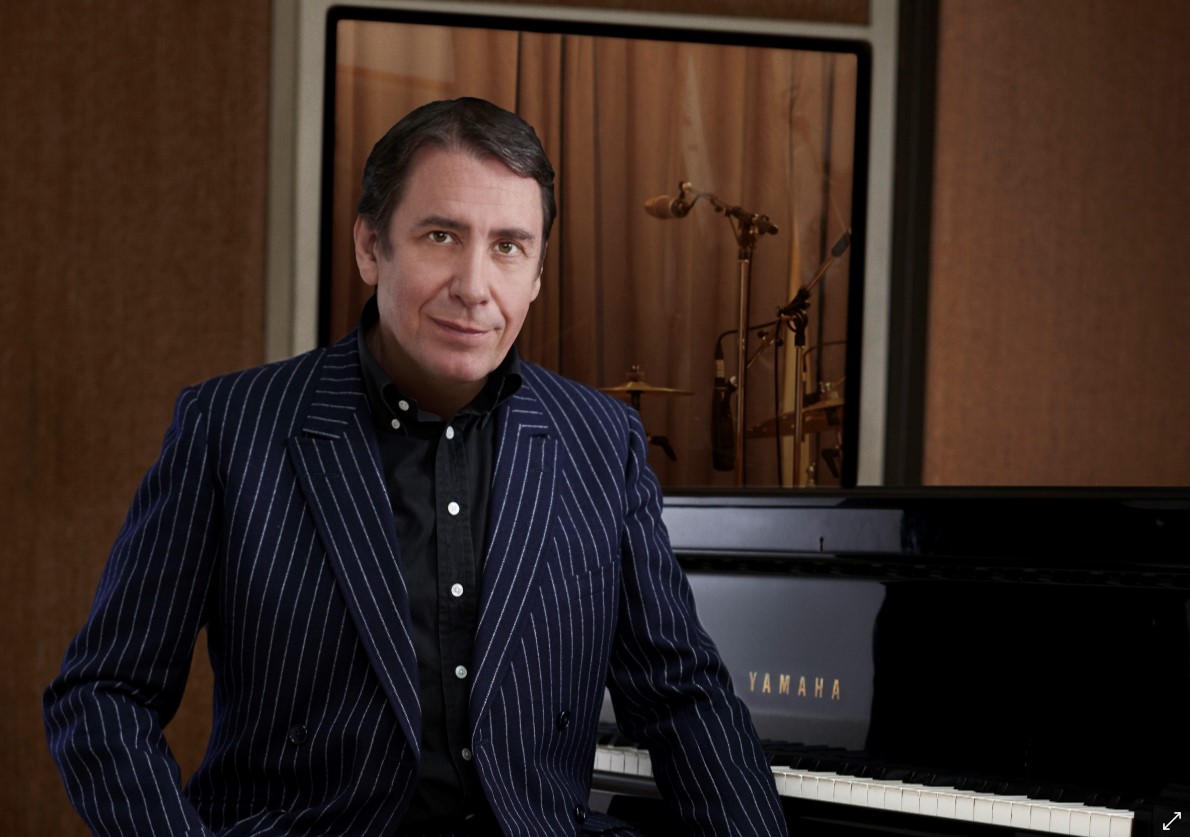