Sussex Police has put up a £500 reward for information leading to the arrest and conviction of a man who has recently been spotted in Brighton.

The force said: “Andrew Prince is wanted in connection with an assault in Eastbourne in October. 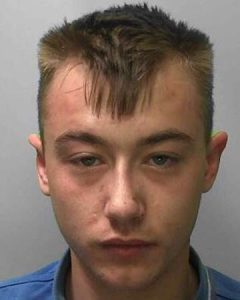 “Prince, 20, is believed to have been in the Hastings area but has recently been seen in the Brighton area, particularly London Road.

“At about 5.40pm on Monday, October 30, police were alerted to a man who had been stabbed in Lushington Lane, Eastbourne.

“The 21-year-old local victim sustained serious but not life-threatening wounds to his back, and was taken to Royal Sussex County Hospital in Brighton for treatment.

“He is also wanted on a warrant after failing to appear at Hastings Magistrates’ Court for possession of an offensive weapon.

“Anyone seeing Prince or knowing of his whereabouts is asked to report details online quoting serial 1096 of 30/10.