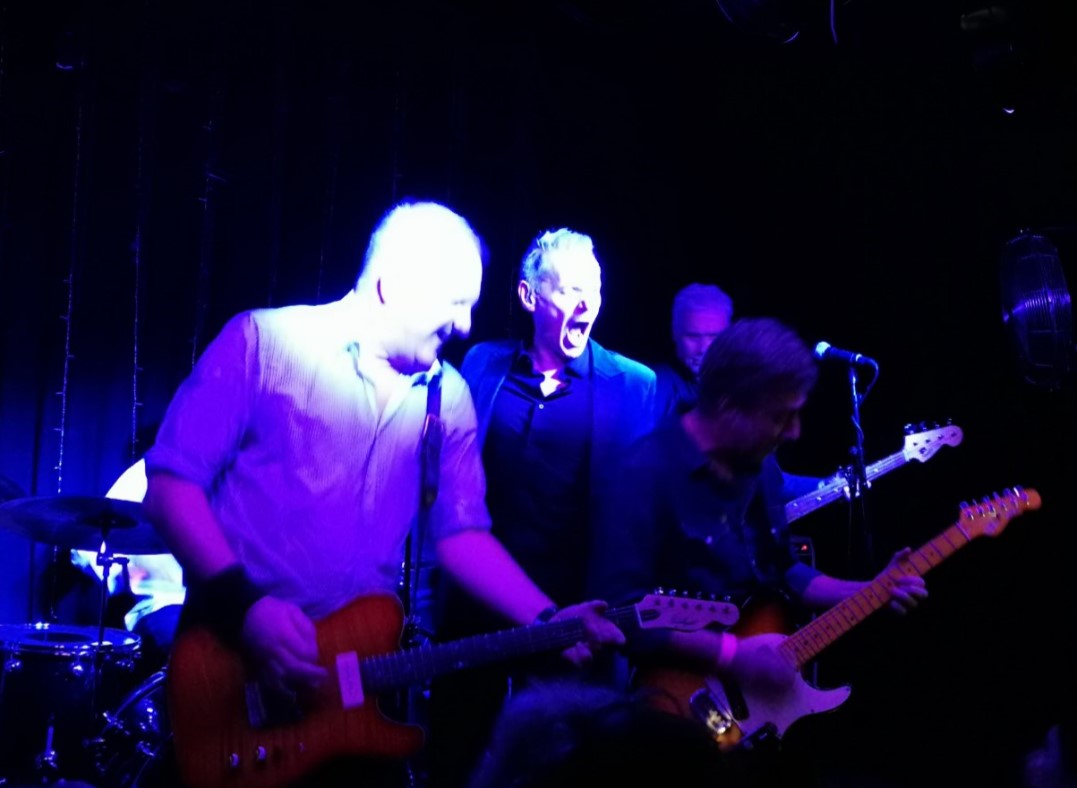 I had a message from one of my mates offering me a ticket to see Dr Feelgood at the Prince Albert on Saturday night. I must confess that pub rock r’n’b isn’t my first choice of music taste, however, I did purchase their Top 10 single ‘Milk And Alcohol’ on 7” brown (alcohol coloured) vinyl when it came out in January 1979 and have often wondered what they were like. So I came to the conclusion that it would be worth the crack.

Unusually, there are actually no original members left in the band that appeared on my ‘Milk And Alcohol’ single. Back then, the line-up was South African born vocalist Lee Brilleaux (who sadly passed away in 1994 from lymphoma aged just 41), guitarist John ‘Gypie’ Mayo – who passed away in 2013 aged 62 and he actually co-wrote ‘Milk And Alcohol’ with ‘I Love The Sound Of Breaking Glass’s Nick Lowe, and ‘Gypie’ had incidentally replaced the well known figure of Wilko Johnson (who went on to form The Wilko Johnson Band and also became a member of Ian Dury & The Blockheads) – bass player John B. Sparks and drummer John Martin, who was known as The Big Figure. 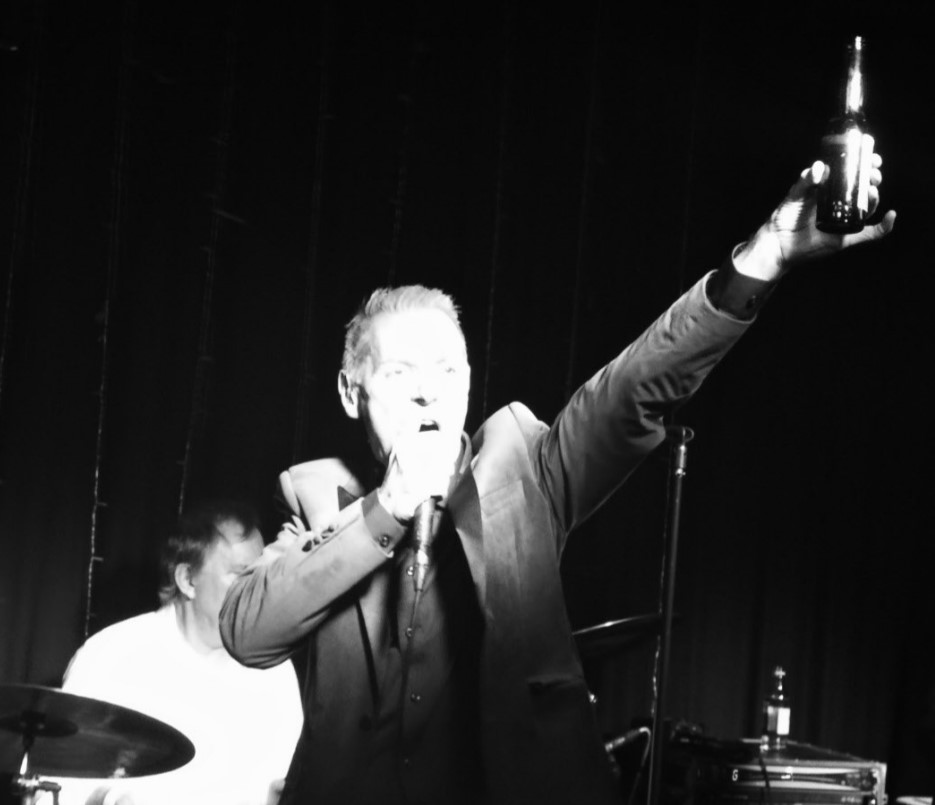 Tonight’s line-up at the sold out Prince Albert was the enigmatic vocalist and superb harmonica player Robert Kane (who joined the band in 1999), bassist Phill Mitchell (who originally joined in 1983 to 1991 and then 1995 to the present), drummer Kevin Morris (who’s been leading the beat since 1983) and most probably the best guitarist that I have ever witnessed, that being 61 year old Steve Walwyn. So putting everything into perspective, the newest member of the current Dr Feelgood line-up has been with the band 19 years!

The Dr Feelgood brand has been plugging away in one form another since 1971 and during that period has seen some truly talented musicians in its ranks. The aforementioned Steve Walwyn being a classic example. I was transfixed by his musicianship at The Albert. During the evening he flitted between two different guitars with ease. It was a pleasure to watch him, although one of the tracks mid-set was a tad overindulgent, but hey, if you’ve got it flaunt it! You can see exactly why Dr Feelgood remains one of the most popular and exciting live rhythm and blues acts in the world. The raw and uncompromising style of their live performances was highlighted way back in 1976, when their live album ‘Stupidity’ immediately went to the number one position in the U.K. charts.

The band also enjoyed global success with a string of hit singles (all of which got an outing at The Prince Albert) including ‘Roxette’, ‘Back in the Night’, ‘Down at the Doctors’, ‘She Does it Right’, ‘Going Back Home’ and the aforementioned ‘Milk and Alcohol’. 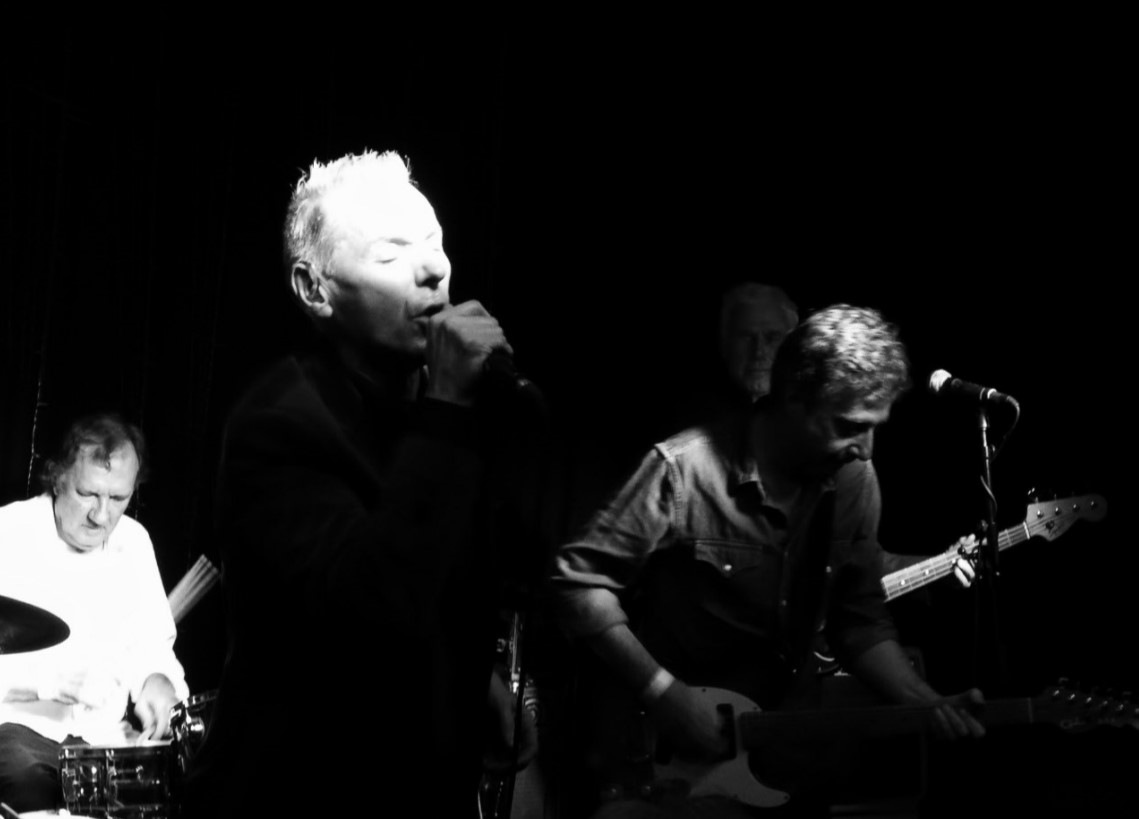 The guys appear to love playing live and as a result continue to tour extensively throughout the World. They still have well over 50 gigs left to play in 2018, including visits to Switzerland, Holland, Germany, France, Australia and back here in the UK.

The mixed aged crowd at The Albert were initially treated to sixteen compositions and then a two song encore which included former Dr Feelgood lead guitarist from 1983-89 Gordon Russell, who resides in Hove.

For further information please check out their website: www.drfeelgood.org 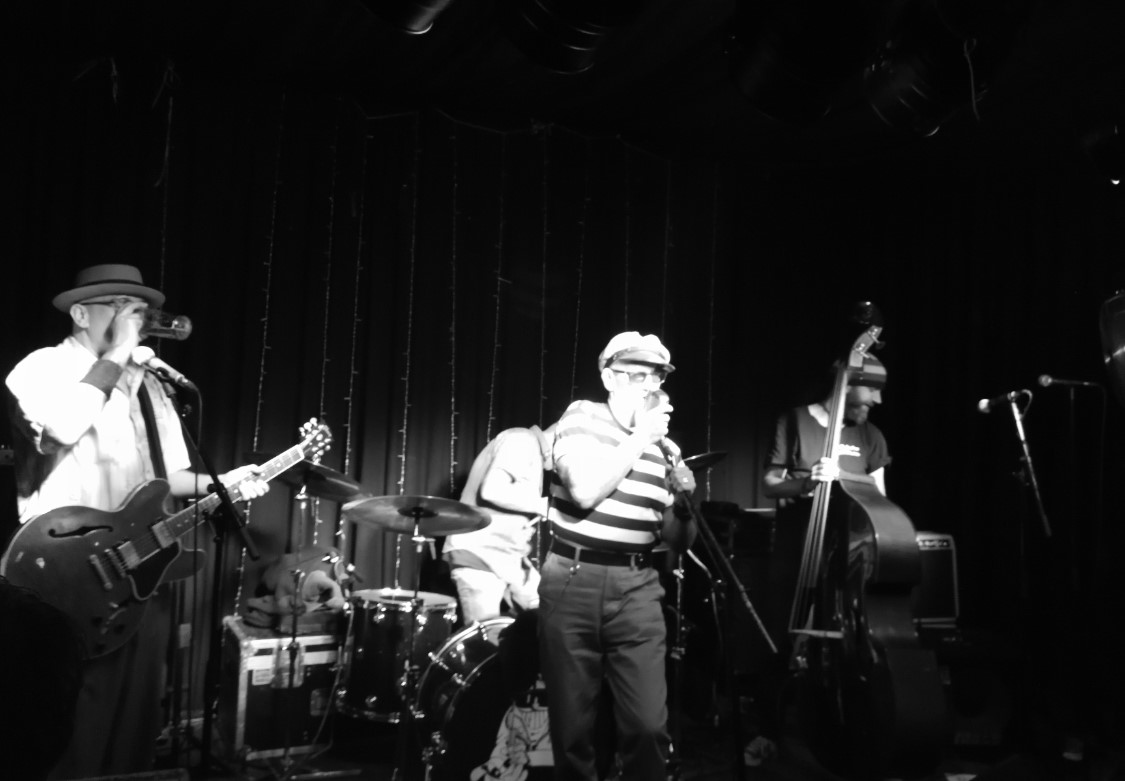 Micky Hart & The Hartbreakers live at the Prince Albert, Brighton 3.2.18

A big shout out should also go to the support act tonight, who were Micky Hart & The Hartbreakers. If the original rock’n’rock sound like Gene Vincent, Chuck Berry, Eddie Cochran and Jerry Lee Lewis is your bag, then this covers band will be of great interest to you. Senior Micky is in control of vocals and the retro style blue microphone and was tonight joined by the Prince Albert’s stalwart Will Moore on drums, Nik Le Saux on double bass and  Mark Denman on guitar. 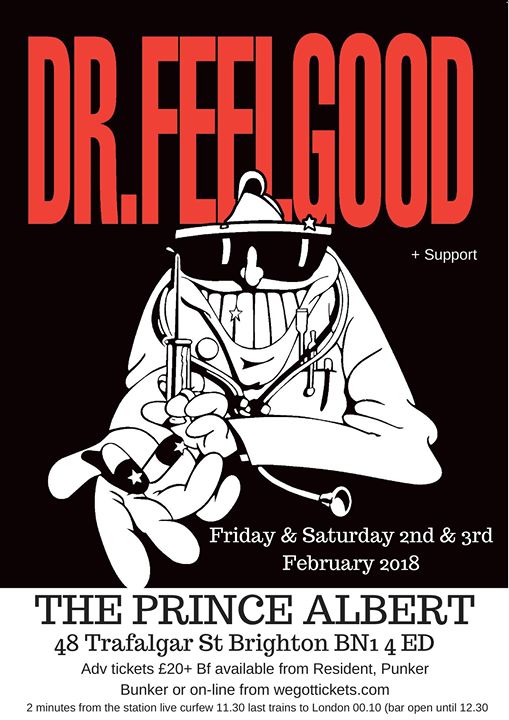