The former owner of BHS (British Home Stores) has been sentenced for failing to provide information required by a Brighton-based pensions watchdog.

Dominic Chappell, 51, was fined £50,000 and ordered to pay £37,000 costs after being found guilty of defying the Pensions Regulator by a district judge at Brighton Magistrates’ Court last month.

He was sentenced today (Friday 23 February) at Barkingside Magistrates’ Court, in Ilford.

He said that there was a perception that he had made millions of pounds from BHS.

He is believed to have been paid £2.5 million during the year that he owned the business.

But the former bankrupt said that it was not true and that the failure of the business had financially crippled him.

He told the court that he was behind with his bills, adding: “I can’t afford to pay.”

He had spent about £250,000 on legal fees, he said. And he had been handed a separate bill of £9.5 million from the Pensions Regulator.

Chappell, of Clenston Manor, Winterbourne Clenston, Blandford Forum, Dorset, was in charge of Retail Acquisitions, which bought the troubled store chain for £1 from Sir Philip Green three years ago.

Just over a year later, in April 2016, BHS went into administration with a £570 million black hole in its pension fund.

The collapse of the business cost 11,000 people their jobs as more than 160 branches closed, including the flagship store in Churchill Square, Brighton. 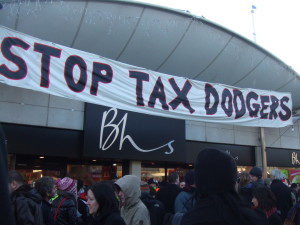 When Chappell bought BHS for £1 the company’s two pension schemes had 19,000 members and a total deficit of about £500 million.

Almost exactly a year ago the Pensions Regulator dropped its action against 65-year-old Philip Green after he agreed to pay £363 million in cash to support BHS pensioners.

The watchdog ruled last month that Chappell should make a £9.5 million contribution.

District Judge Gary Lucie said today that Chappell had shown no remorse and ordered him to pay the court £2,500 a month.

The judge said: “The court must send a message to those in senior positions that refusal to answer questions (from the Pensions Regulator) will not be tolerated.

“The law is there for a purpose and it must be enforced. There is a complete lack of remorse on Mr Chappell’s part.” 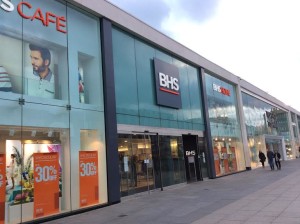 The watchdog’s executive director of frontline regulation Nicola Parish said: “We prosecuted Dominic Chappell because despite numerous requests he failed to provide us with information we required in connection with our investigation into the sale and ultimate collapse of BHS.

“Choosing not to comply with our section 72 notices has now left him with a criminal record and a bill for more than £87,000, both of which he could have avoided if he had simply done what was required of him.

“Information notices are a vital investigative tool for us. Ignoring them is a crime that can lead to prosecution.”

The regulator is still taking separate anti-avoidance action against Chappell in relation to BHS and he may face the prospect of being declared bankrupt for a fourth time.

Afterwards Chappell’s lawyer Michael Levy said that he would appeal against his conviction on all three counts.