An evening of punk revelry 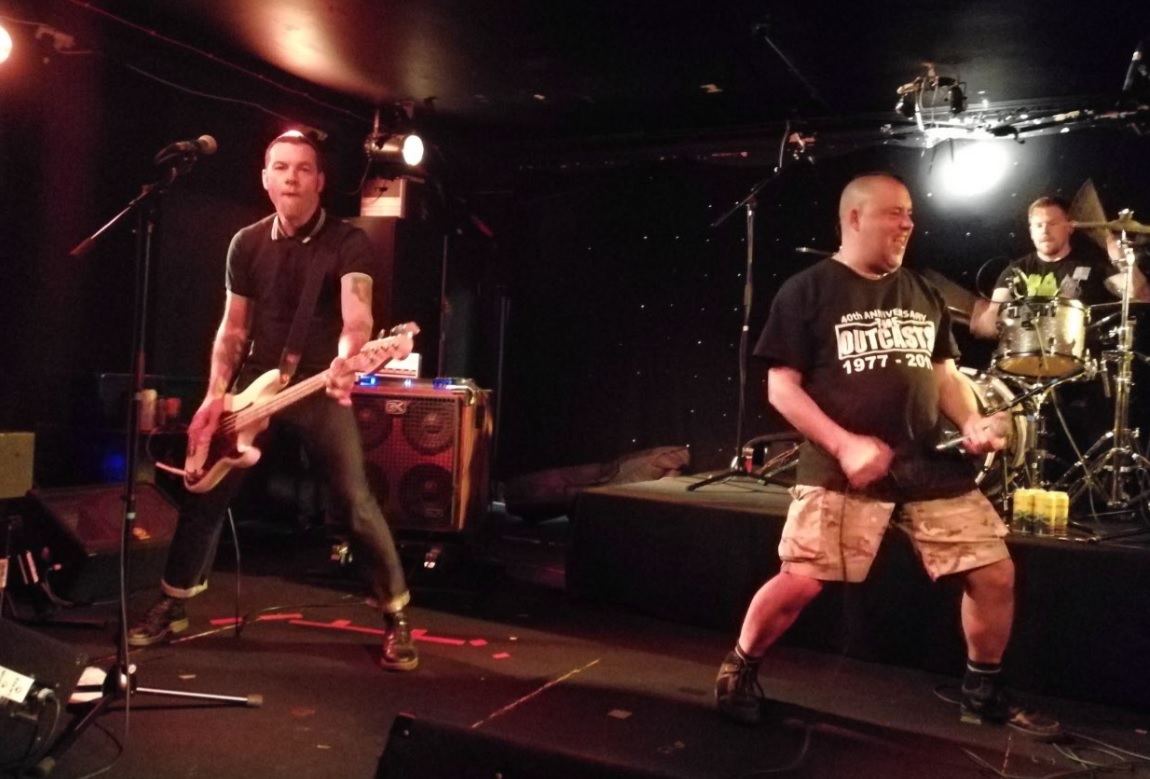 We ventured out of town to just a few miles up the road to Lewes to the Con Club to be exact, which certainly does seem to be booking some great bands of late with more to come so I hear. We were here to see the loveable Peter & The Tube Tube Babies. 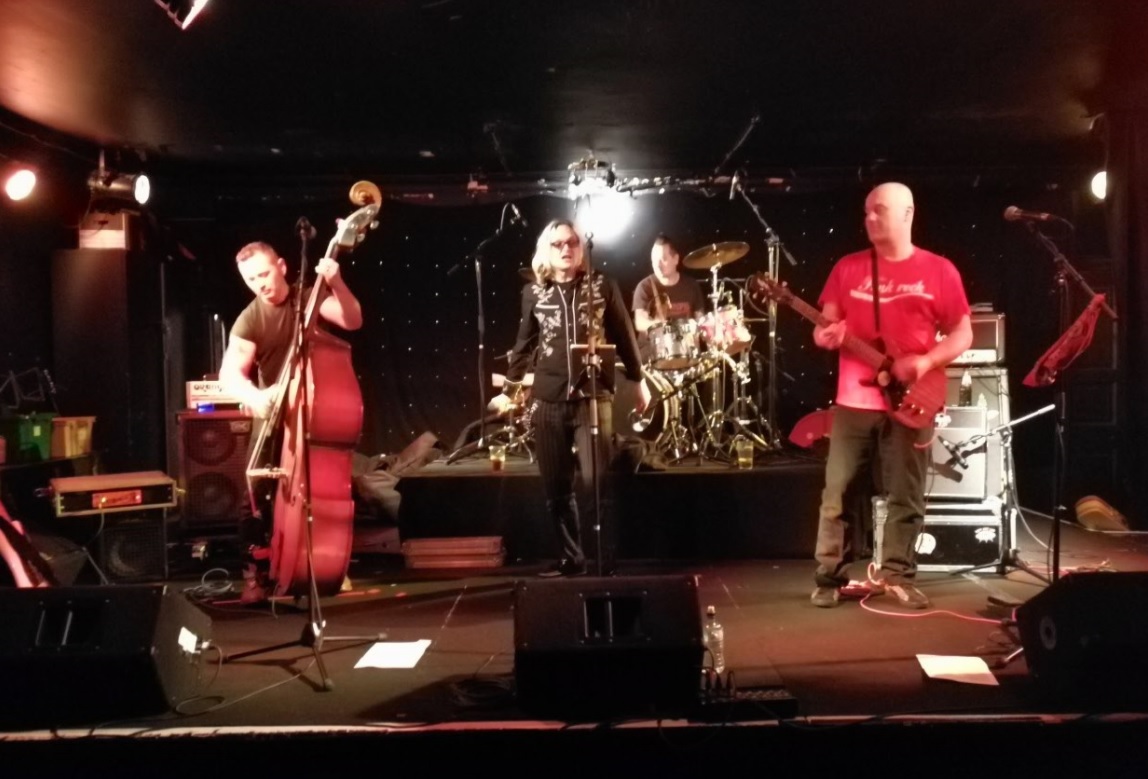 First up tonight were a 4-piece band called Scavengers. In amongst their ranks was singer Ian R. Anderson, who is best known for fronting Leicester garage punk band Crazyhead. Scavengers were a late booking to the bill by all accounts, but most of the crowd enjoyed their rockabilly late 1960’s garage band vibe going on. I picked out three covers from their set including’ I Wanna Be Your Dog’ by The Stooges (that included Iggy Pop), ‘These Boots Are Made For Walking’ by Nancy Sinatra and a cover of ‘C.I.D’ by the UK Subs. The UK Subs legendary singer Charlie Harper was present and he thoroughly enjoyed their version of his song. 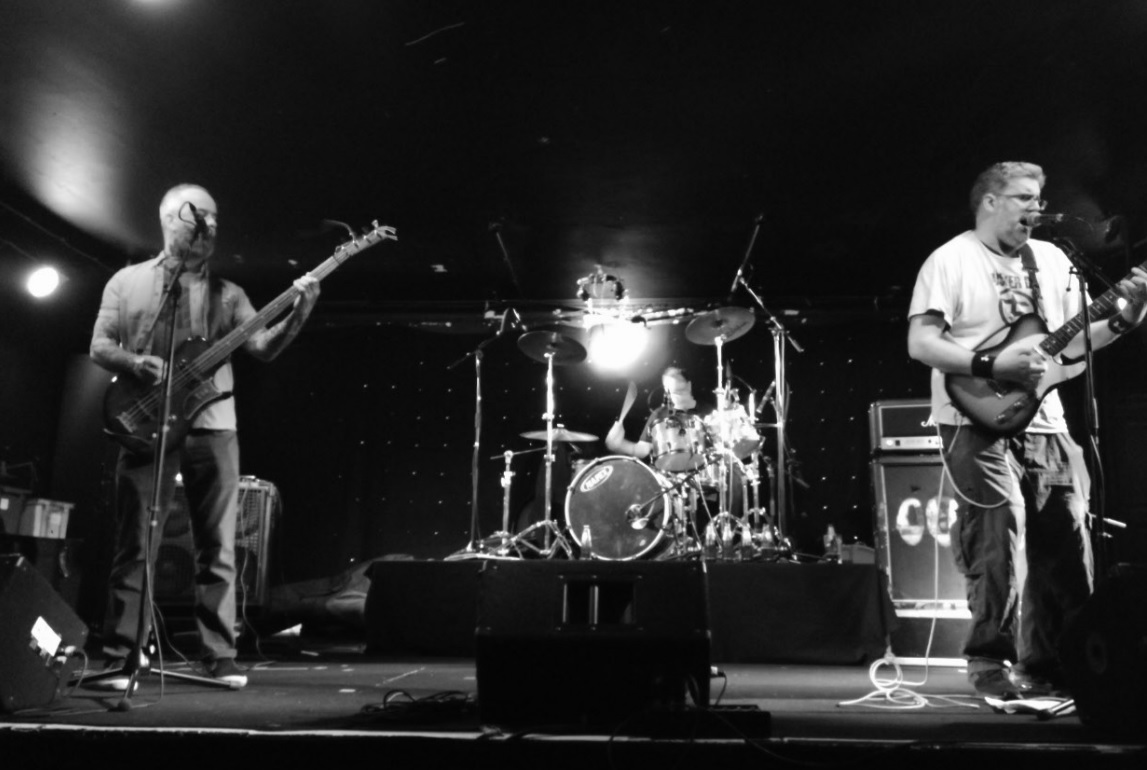 Next up were the interestingly named Salad From Atlantis, who used to fly the flag for Brighton’s new wave music many moons ago. I haven’t heard of them for decades and I believe that tonight’s outing was a very rare one indeed. This was reflected in the fact that five lads travelled all the way down from Dumbarton in Scotland especially to see this trio perform. That’s an epic 483 miles down here and then they have to go all the way back – great effort lads!

The Salad From Atlantis sound is quite eclectic at times, with one minute sounding like Warsaw (an early incarnation of Joy Division), especially like their track ‘Leaders Of Men’, then there was The Buzzcocks sound with the drumming similar to the ‘Moving Away From The Pulsebeat’ tune and then it was followed by elements of Public Image Limited, The Fall and the Gang Of Four. The crowd really appreciated their set, especially my mate who purchase a single for £3 and then got it signed by the band.

Back in their day they had released a couple of cassettes (remember those!), ‘What’s My Future Demo’ (1986) and ‘God Peace And Greenery’ (1987) and a 7” single called ‘I Don’t Care Means’ (1987), which was followed by two albums, ‘Sea Green Spiral’ (1988) and ‘Plastic Paradise’ (1989). These days the singer is more involved with The Fish Brothers than Salad From Atlantis and so we were very privileged indeed.

Salad From Atlantis setlist this evening was:
Carmen, I’m Not Sure Anymore, Plastic Paradise, I Don’t Care Means, Something In My Cyder (Mantra), Gong Song, Sky’s The Limit 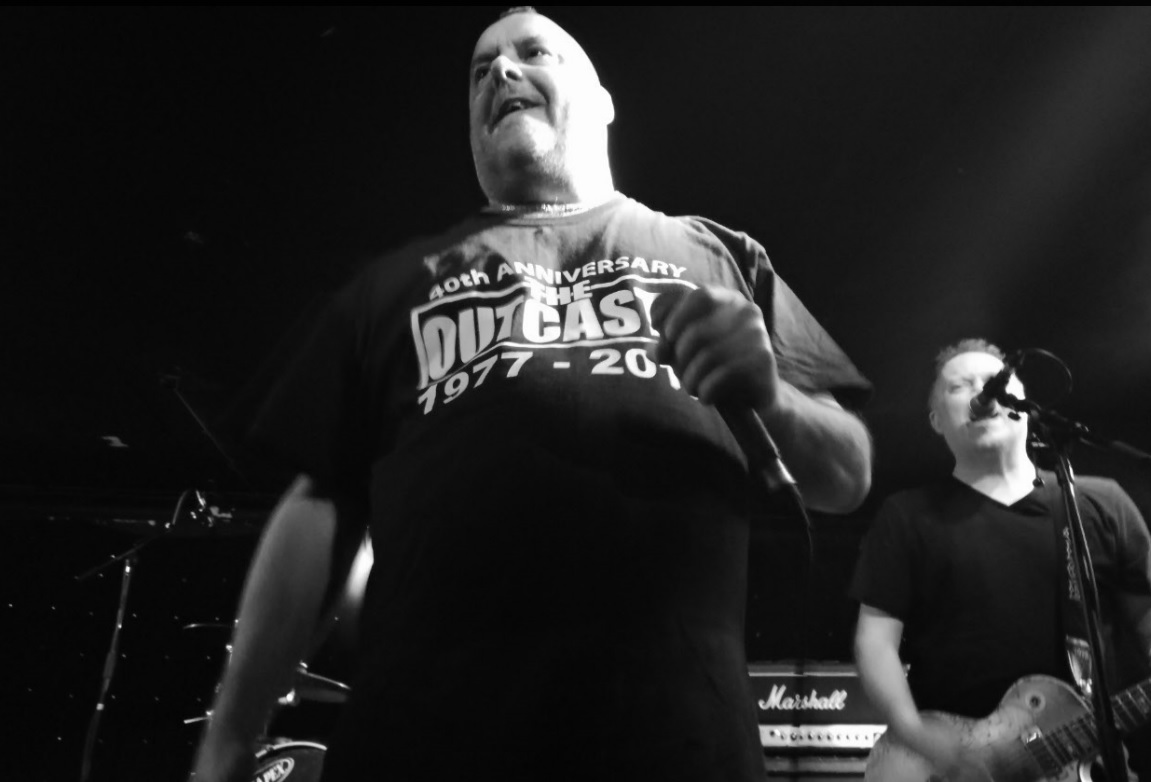 It was finally time for P. Bywaters Esq, D. Greening Esq, S. Fuller Esq and N. Abnett Esq to take to the stage – namely Peacehaven’s finest Peter & The Test Tube Babies.
Pete and Del of the Test Tubes have been gigging together for an amazing 40 years and now they will be performing a special homecoming gig at the football ground in Peacehaven on 7th April to celebrate the ‘Peacehaven Wild Kids’ anniversary and Peacehaven & Telscombe FC too, so tonight’s gig at the Con Club could be considered as a warm-up to that. 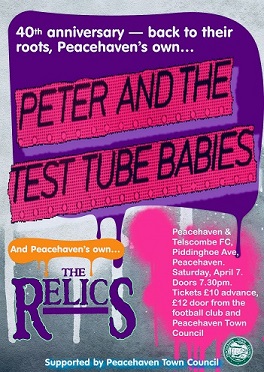 As usual the punters were well up for it and a big shout surely must go to the lad in the wheelchair at the very front in the PTTB T-shirt, who was having a fab time – nice one son! 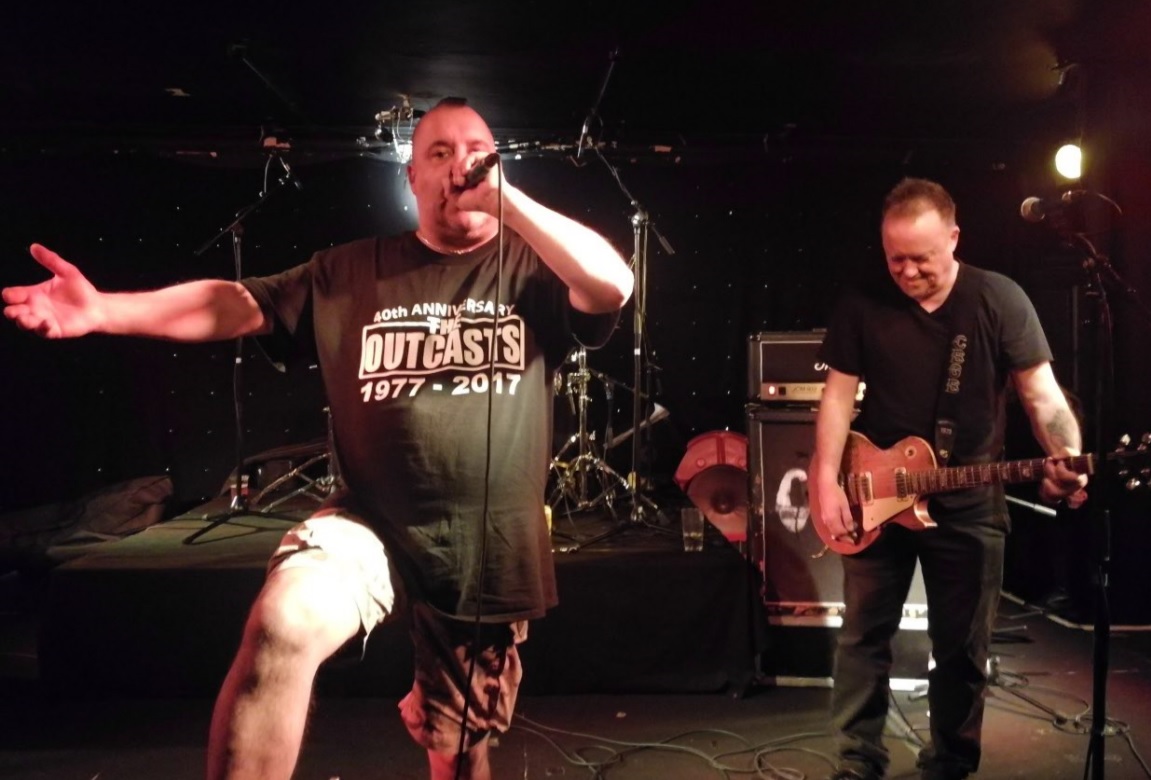 Peter’s cheeky chappie smile is always a highlight of the set, you just don’t know what he is going to come out with next, but he’s always been like it. The current line-up sure do have the banter on stage and musically they play a tight fast set of punk ditties that will keep any punter happy.

Tonight they whizzed through seventeen compositions with boyish charm and I certainly enjoyed the lot, but if push came to shove to nominate the highlight tracks, it I would pick out ‘Banned From The Pubs’, ‘Wrong’ (from last years decent ‘That Shallot’ album) and ‘Blown Out Again’. 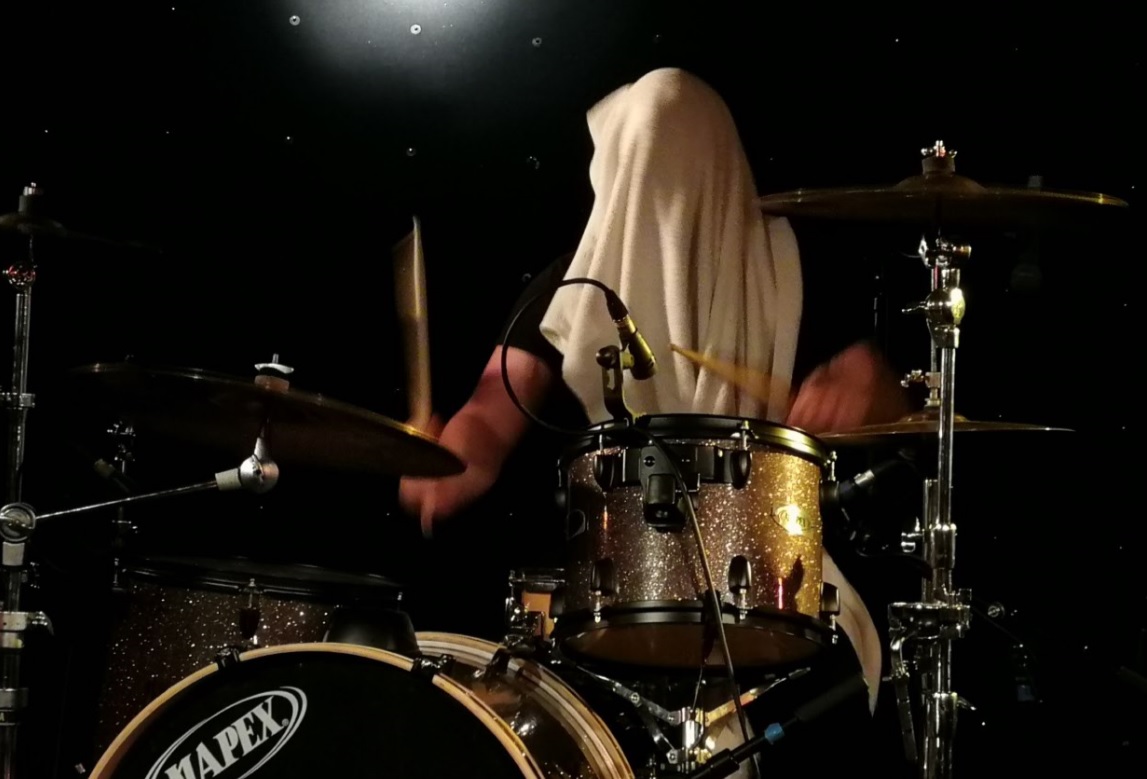 Test Tubes drummer continues with towel over his head

The full Peter & The Test Tube Babies setlist was:
Moped Lads, Run Like Hell, The Jinx, Never Made It, My Unlucky Day, In Yer Face, Up Yer Bum, Spirit Of Keith Moon, None Of Your Fu**ing Business, Keep Britain Untidy, Wrong, Transvestite, Maniac, Banned From The Pubs, Blown Out Again (encore) Elvis Is Dead, September 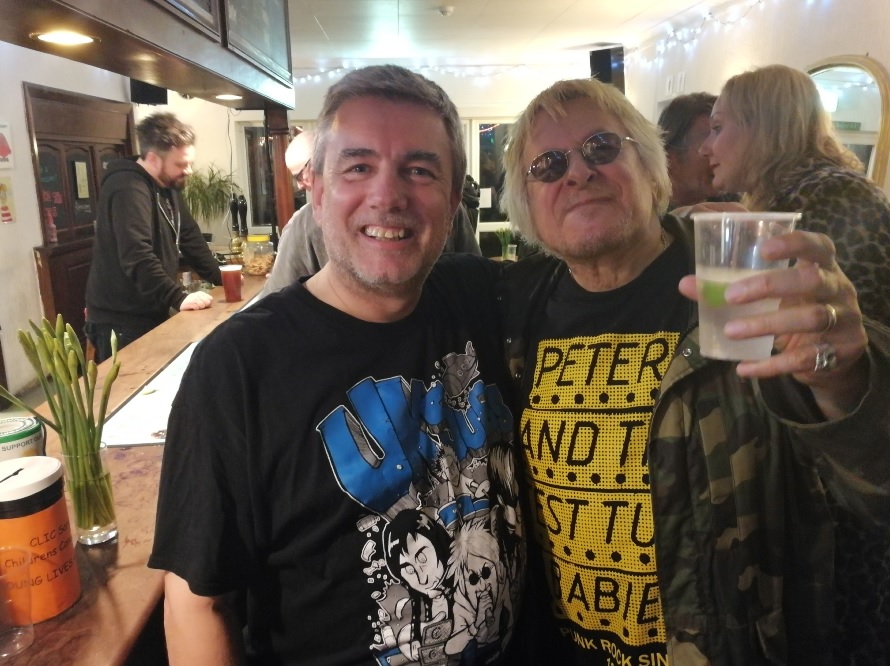 After the gig we caught up with Charlie Harper and he told us that despite the UK Subs having released an album for every letter in the alphabet, he had been approached by LA based label Cleopatra, as they wanted the band to release a covers album of their favourite tracks. Of course Charlie being Charlie, couldn’t resist and so my friends there WILL be another UK Subs album. You can expect ‘1969’ from The Stooges on it as well as the likes of Jonathan Richman and MC5 – can’t wait. Also he has started his own record label called Road Dog, so expect the debut release very soon.

This information sure did top off a fantastic Sunday night – that’s to all involved and to Foz for booking the bands. 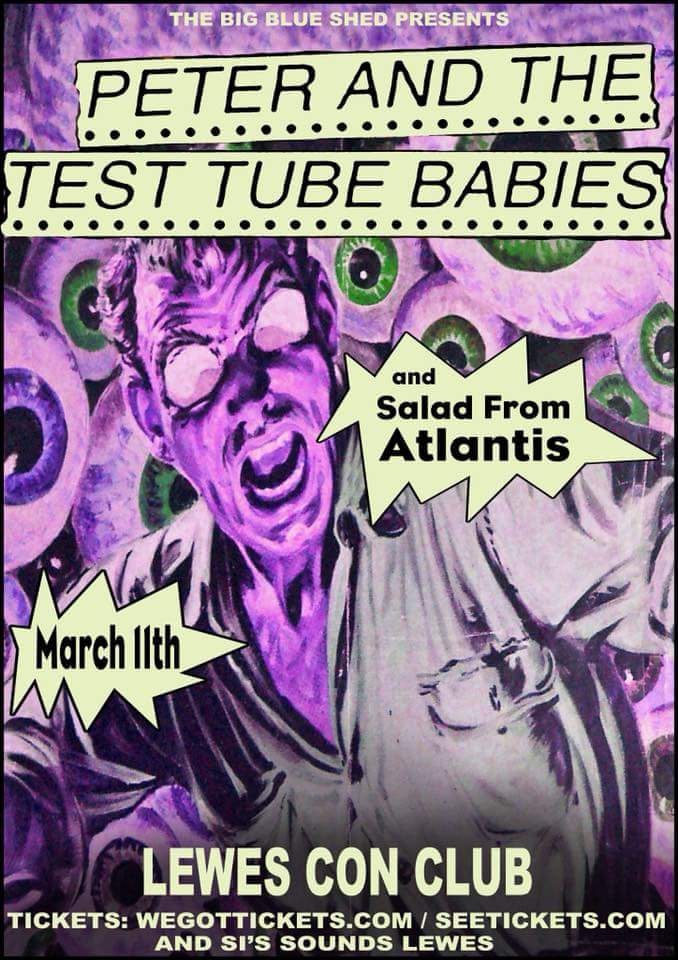 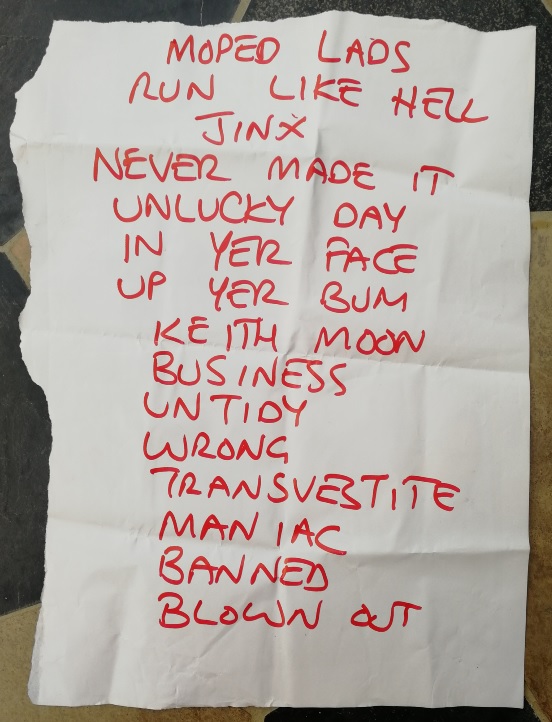