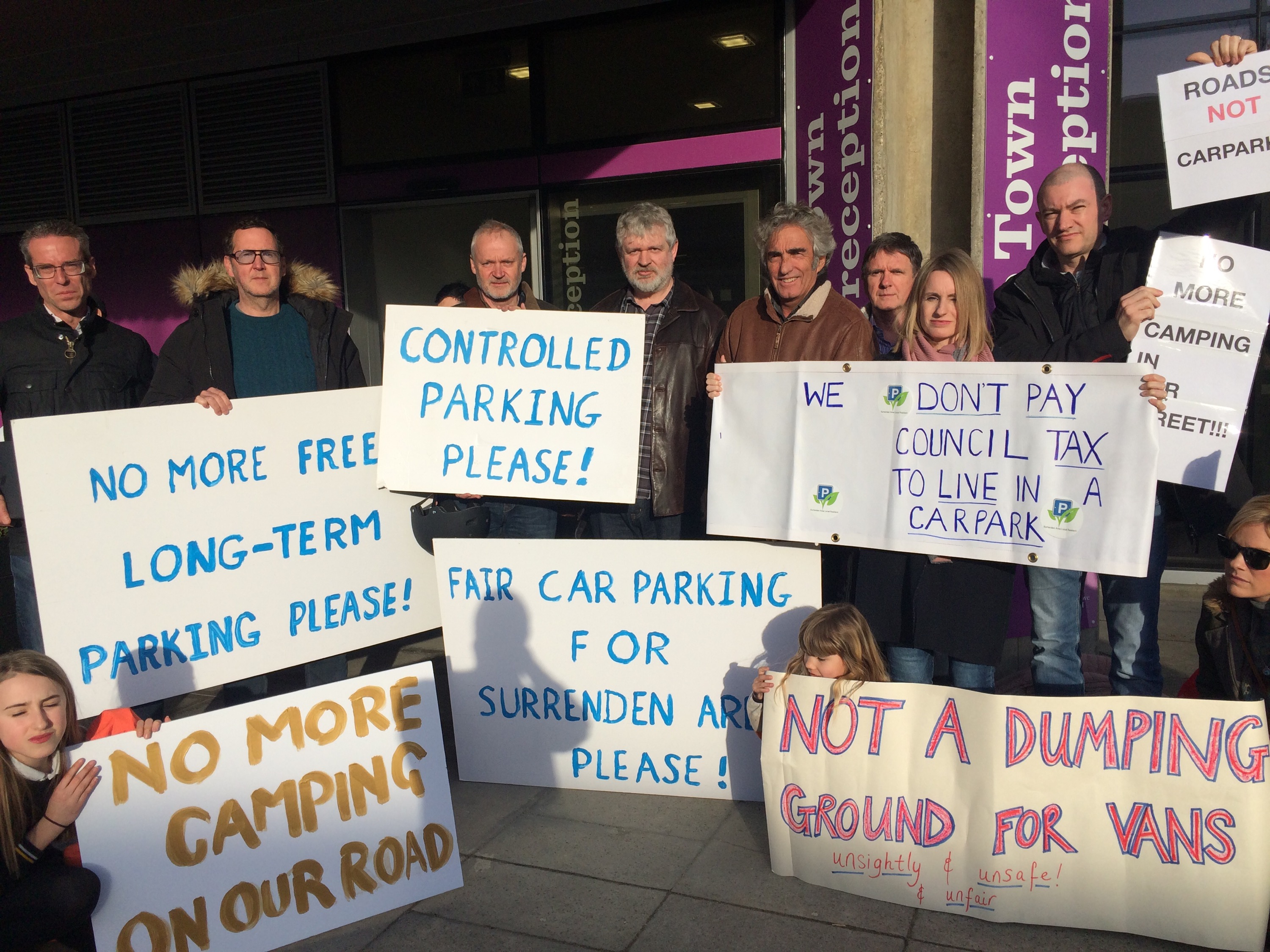 A deputation took the results of petitions and surveys to Hove Town Hall and – after a protest outside – asked a committee of councillors to bring in a controlled parking scheme.

The campaign group said: “Brighton and Hove City Council made the largest parking revenue account surplus of any local authority in England outside London.”

And campaign member Rynd Smith set out the specific case for the area to the council’s Environment, Transport and Sustainability Committee this afternoon (Tuesday 20 March).

Councillor Gill Mitchell, the Labour councillor who chairs the committee, said that a timetable for consulting various areas had been democratically agreed.

And as a result the budget and priorities had been set for the small and hard-working team dealing with parking zones.

Green councillor Leo Littman said: “We are sitting on the biggest parking surplus we have seen as a council.”

He said that it took years to go from a request from residents to an implemented scheme, adding: “These are not unexpected requests.”

The schemes pay for themselves, the committee was told, and Councillor Littman said that they did not leave the council out of pocket.

Conservative councillor Lee Wares said: “The root cause of the problem has never been addressed.

“No one wants controlled parking but it’s become inevitable that when it goes to one area, it will go on to another.

“Do we really have to put our residents through the next 20 years of waiting for it to come or having to endure it until it does come?”

The deputation was noticed without any change to the consultation timetable – set for later this year.

Afterwards Rynd Smith, a town planner, of Preston Drove, said that – despite being disappointed with the outcome – he was pleased to see the Greens and Conservatives agreeing that a more timely approach was needed, adding: “We don’t want to jump the queue.

“The extra money (generated by a promptly introduced scheme) will fund more staff and speed things up.