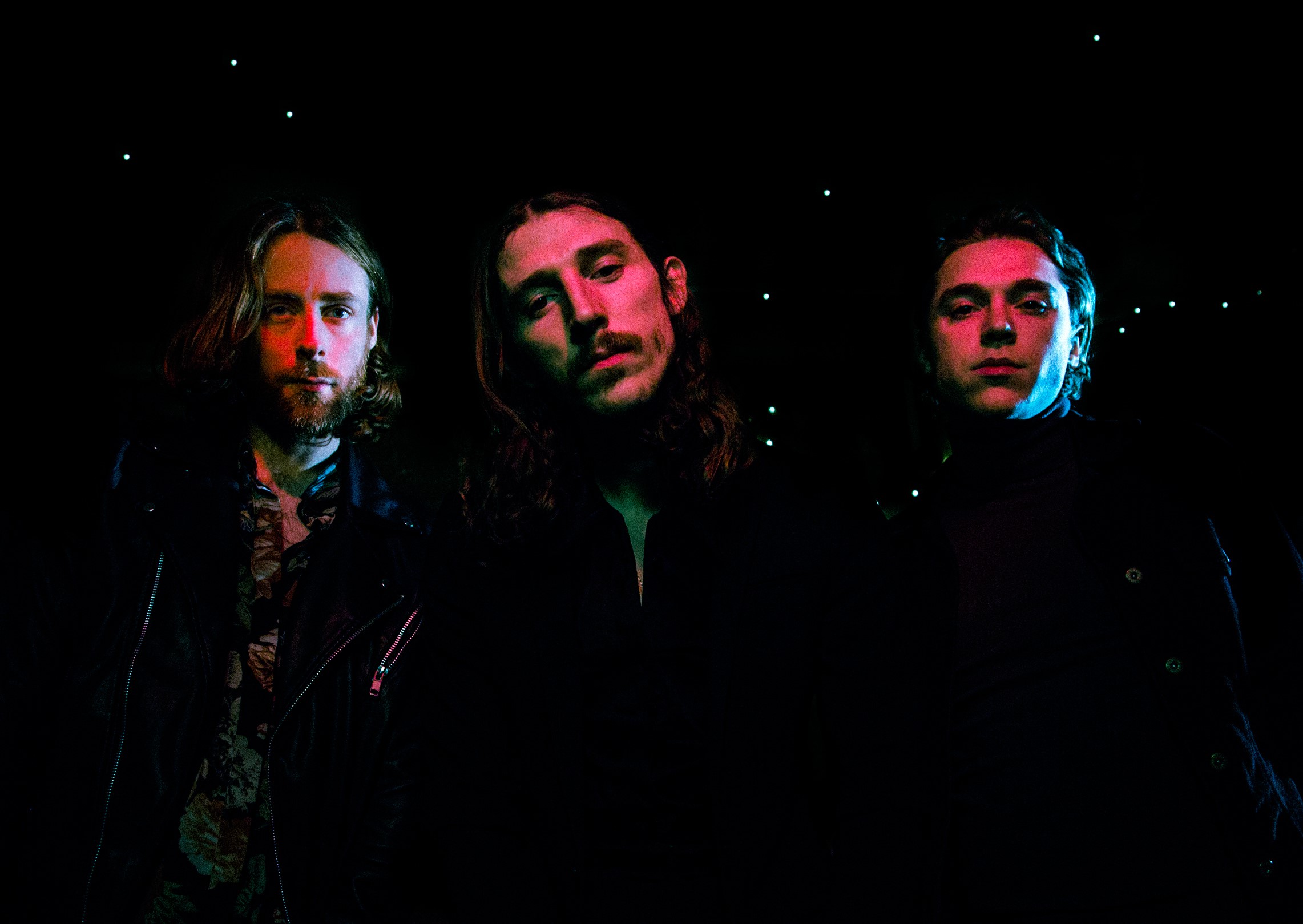 Taken from their second album ‘Holy Doom’ released on March 23rd via SO Recordings, ‘Loosen It’ arrives a tightly wound, dagger-toothed and grisly statement of intent. “Take another step across the divide. Loosen up or risk losing something good,” frontman Matt Marcantonio warns of the track’s muse. ‘Holy Doom’ tracklisting reads: Liar In Your Head, Be Your Man, Loosen It, Fake Satan, Runnin’ Around, I Wanna Leave (Alive), Maker of Mine, Holy Doom, Spinning Out, Gods I’ve Seen, Fresh Outta Luck.

Fresh from supporting The Cribs through the UK back in December, Demob Happy have also announced a headline UK tour to begin April 6th, after supporting Frank Carter & The Rattlesnakes through Europe in March. 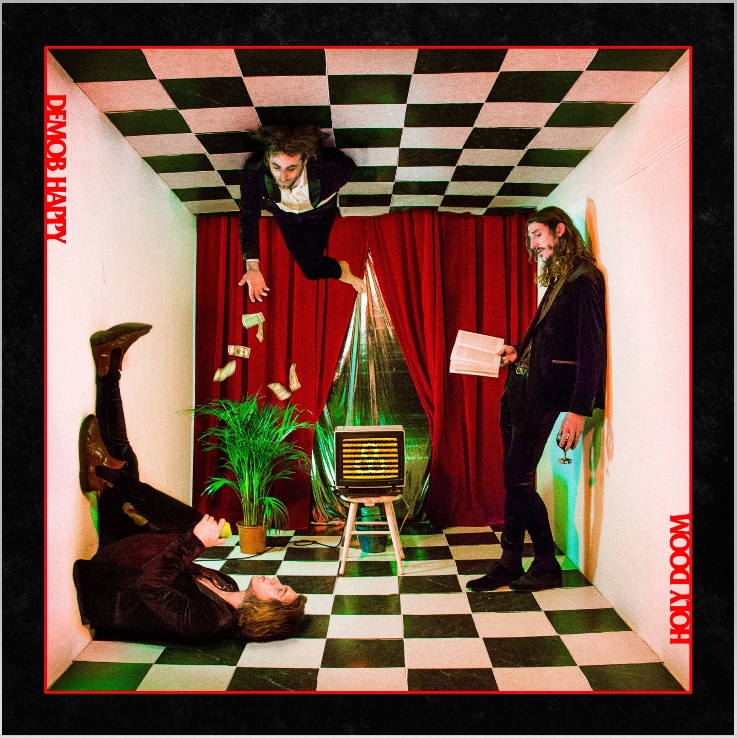 A deep introspective trip for the ages, ‘Holy Doom’ sees the Newcastle-formed, Brighton-based trio peering into the depths of the human soul. With a gemini spirit, this remarkable full-length pinballs between pure holiness and the lure of the devil, often within the space of one whirlwind song.

Six years in the making, 2015 debut ‘Dream Soda’ cemented Demob Happy as a resolute DIY force who’d played the long game, unwilling to follow any trend, unphased by guitar music’s apparent stale patch. Hailing from their hub on the coast’s Nowhere Man Café, they emerged with a debut LP heralded “a frantic, fu**ed-up mission statement to rival the best of the year” by DIY Magazine, and “absolutely chockablock with good fu**ing songs” by the NME.

Turn to 2016, however, and collectively the band were under strain. A member down, as well as being “let down” by a lot of people, depression, anxiety, and a nasty break-up followed.

It’s this relative struggle, and the united spirit they combated it with, which defines ‘Holy Doom’. Its title is split into two halves (‘Holy’ representing our potential for kindness, ‘Doom’ our capability for wickedness), and the album itself follows suit.

“…like the Vines libidinously licking the sleeve of Rubber Soul on a revolving bed. It’s seedy and funky and excellent.” Guardian
“A fuzzy, sleazy monster, dredged up from the murkier quarters of indie rock’s backwaters, welcome back boys.” DIY
“Certain to make you fall even more in love with Demob Happy than you already are.” Wonderland
“Funky, wild and a little bit on the shoegazey side, this is drenched with rock swagger.” Kerrang! 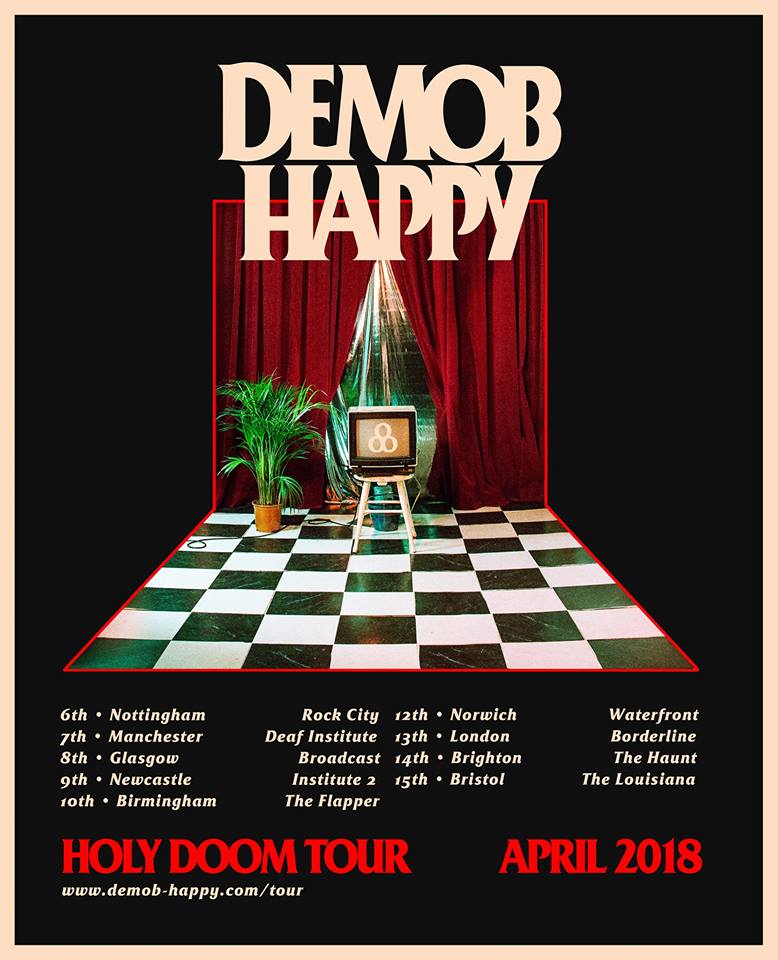