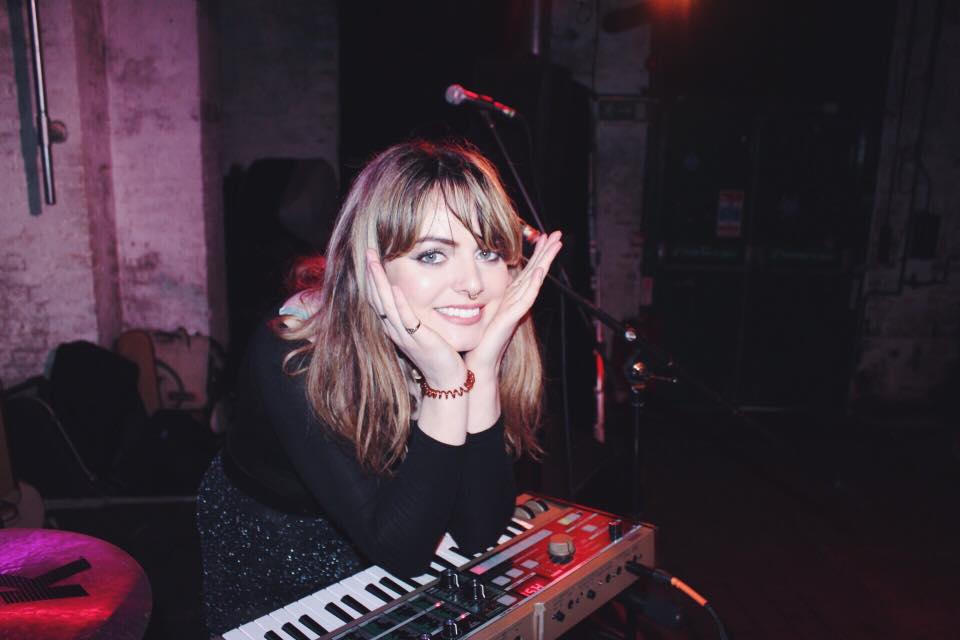 Our night out in Brighton to celebrate the beginning of the Easter break, started off exactly like THIS as we got totally soaked through on our way to the Green Door Store. However, by the end of the night we were exactly like THIS – so what had happened? 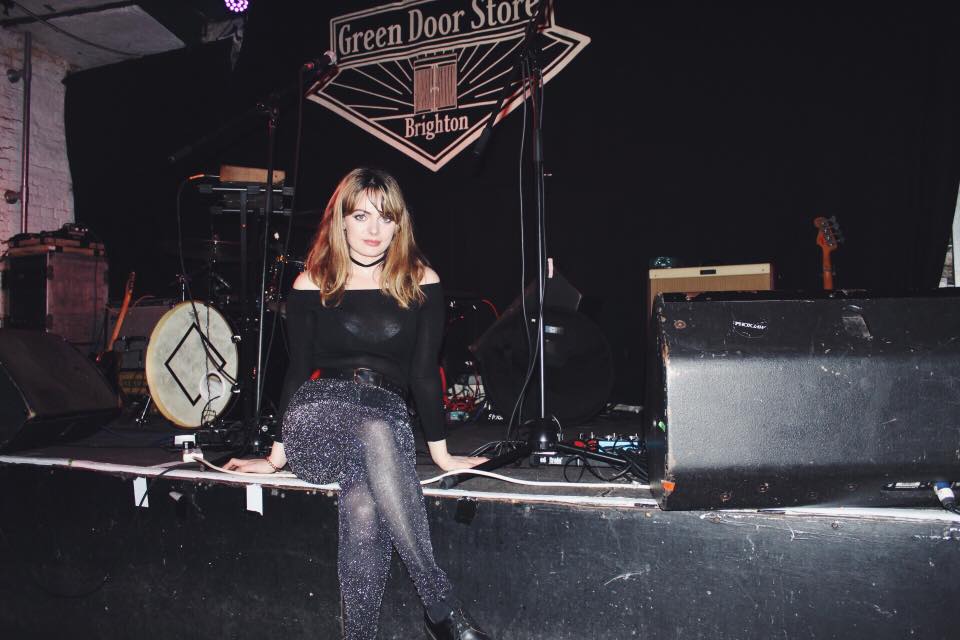 IVI at the Green Door Store, Brighton 29.3.18 before her set

We had planned it so that we could witness a live set from the terrific IVI (Holly Isobelle) who had made the Brighton & Hove News aware of her work only a short time ago. IVI had taken the time to specially contact us and so it would be rude not to go and see her live set, to find out what’s going down. 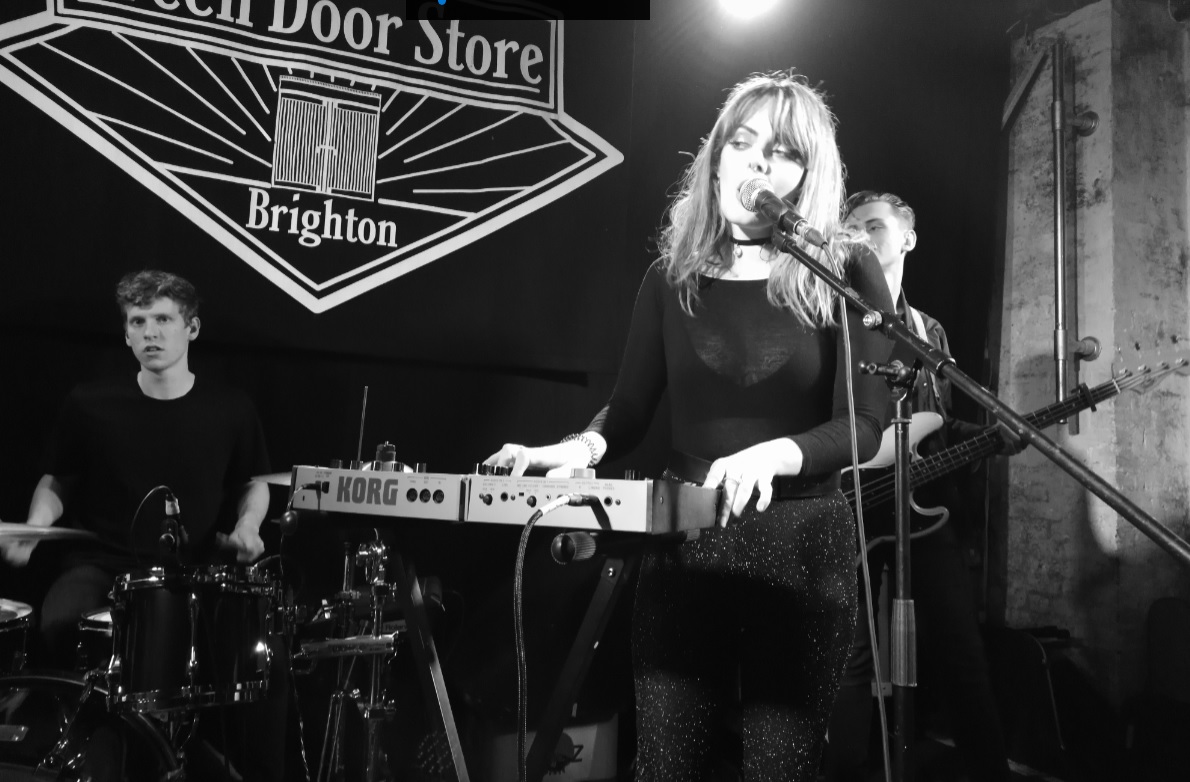 IVI was actually the first act to perform and as the punters started filling the unique Green Door Store’s music room (located beneath Brighton’s main railway station), and thankfully we started drying out a little. 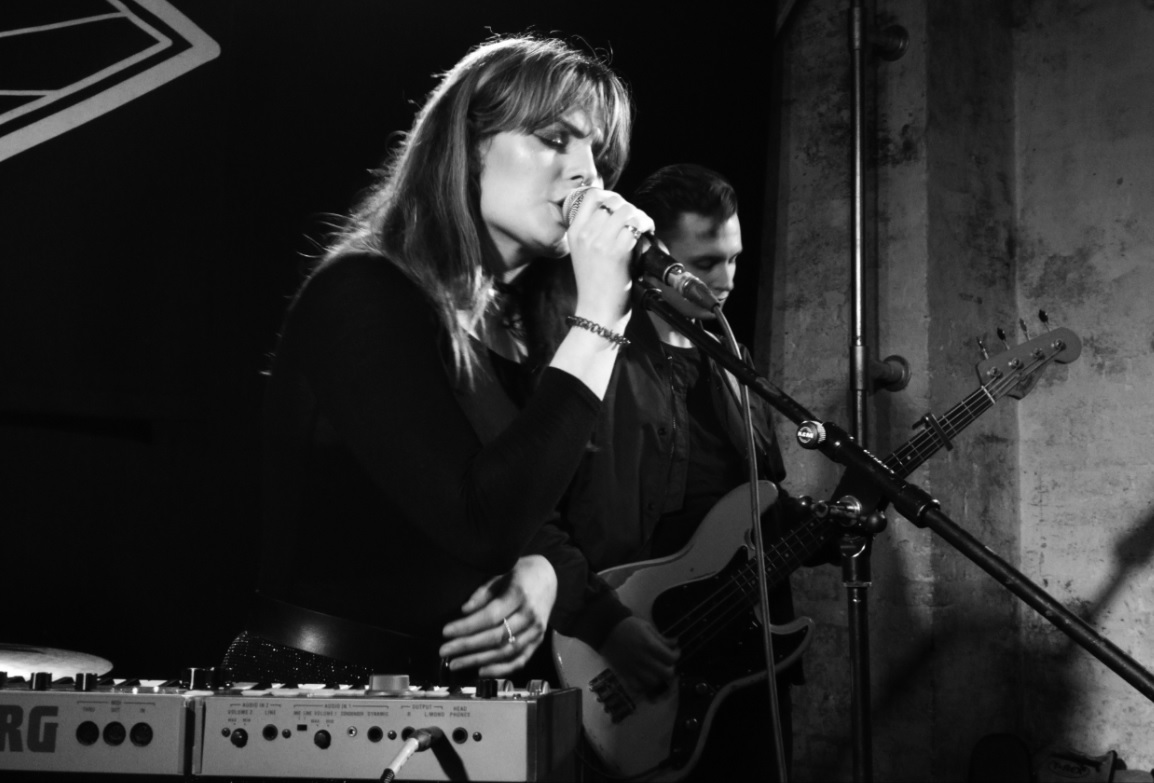 IVI had brought along three band-mates for tonight’s performance, one of which was Robson Hawkins from Brighton’s very own Sal Paradise (which also includes Ed Fair Gianluca Abbondandolo and George Preston) who incidentally will be playing back here at the GDS on Tuesday 3rd April in support of Sweet Facility’s new EP release – details HERE. 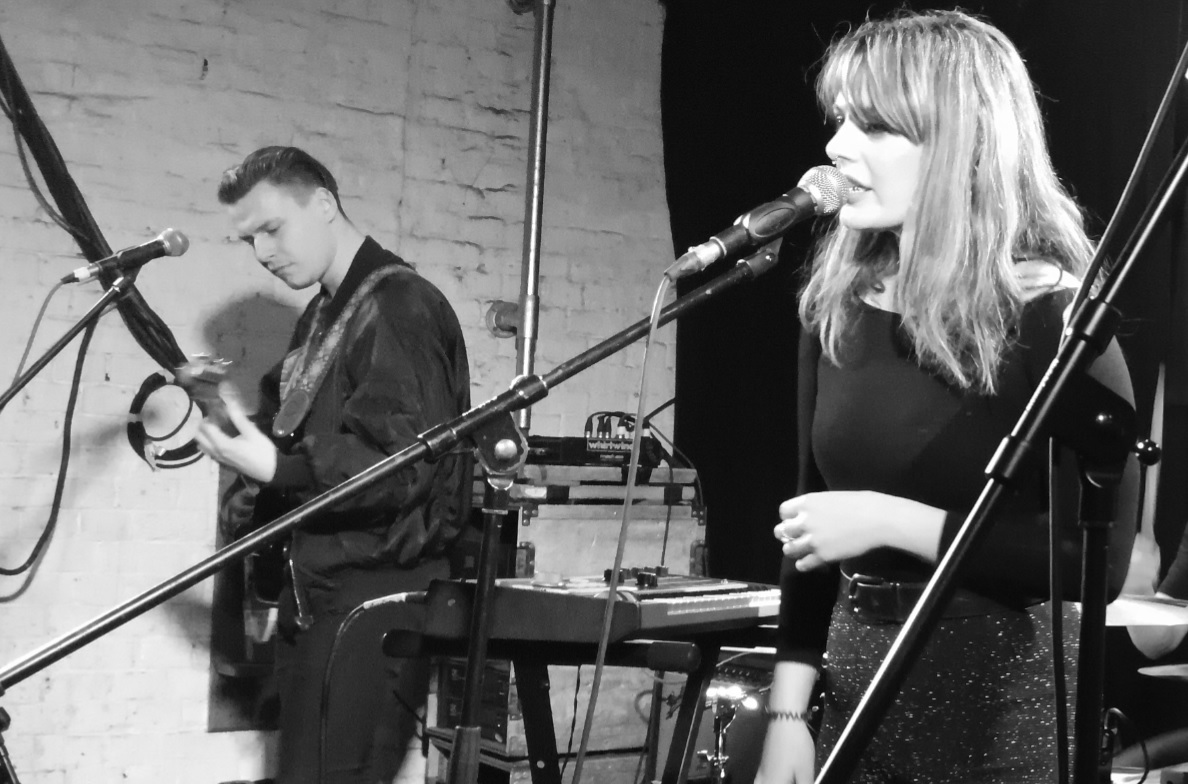 I most enjoyed from tonight’s IVI set her first single release ‘Remains Of Our Love’. The accompanying video was filmed right here in Brighton. The follow-up single ‘Lay With Me’ has a video that features Brighton’s very own Hayley Chillcott who was present in the crowd tonight and who we have recently featured HERE. 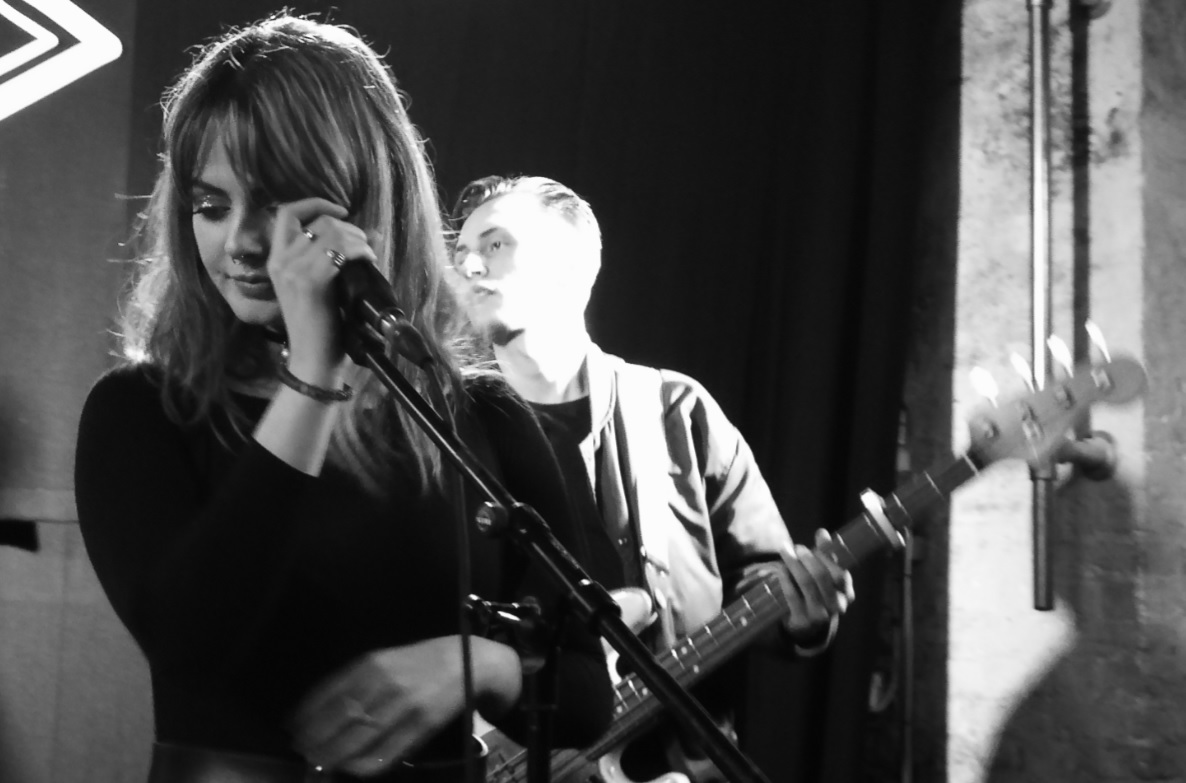 IVI at the Green Door Store

The all too brief six song set consisted of all three aforementioned singles plus three other tracks. The tunes are of a pop nature with funky and rock elements to them and this evenings rather catchy set went down very well indeed, with the finale ‘Don’t Want It’ being the most uplifting on the night. 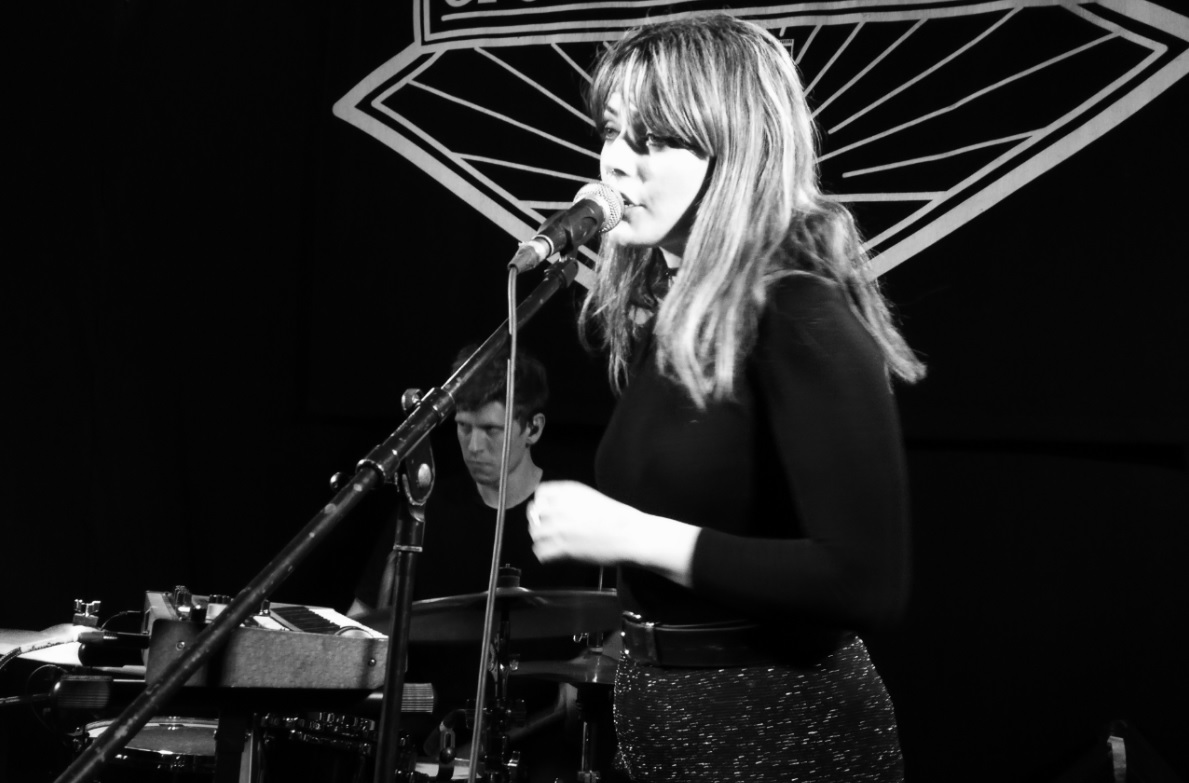 Holly is yet another Brighton artist whose musical career must surely be destined for even greater success over the next few years. The future is looking very bright for this pleasant young lady if tonight is anything to go by. Well worth checking out. 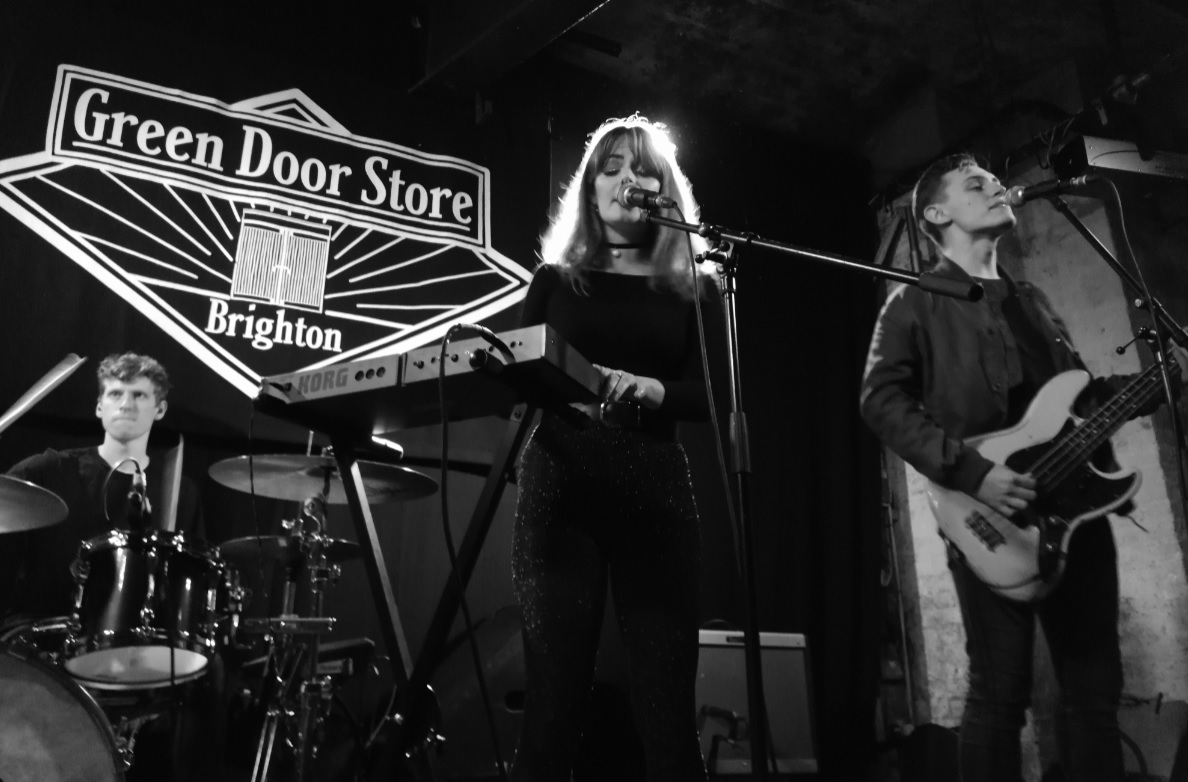 The punters were left with a warm feeling after the IVI set and this set-up the next act rather well indeed. 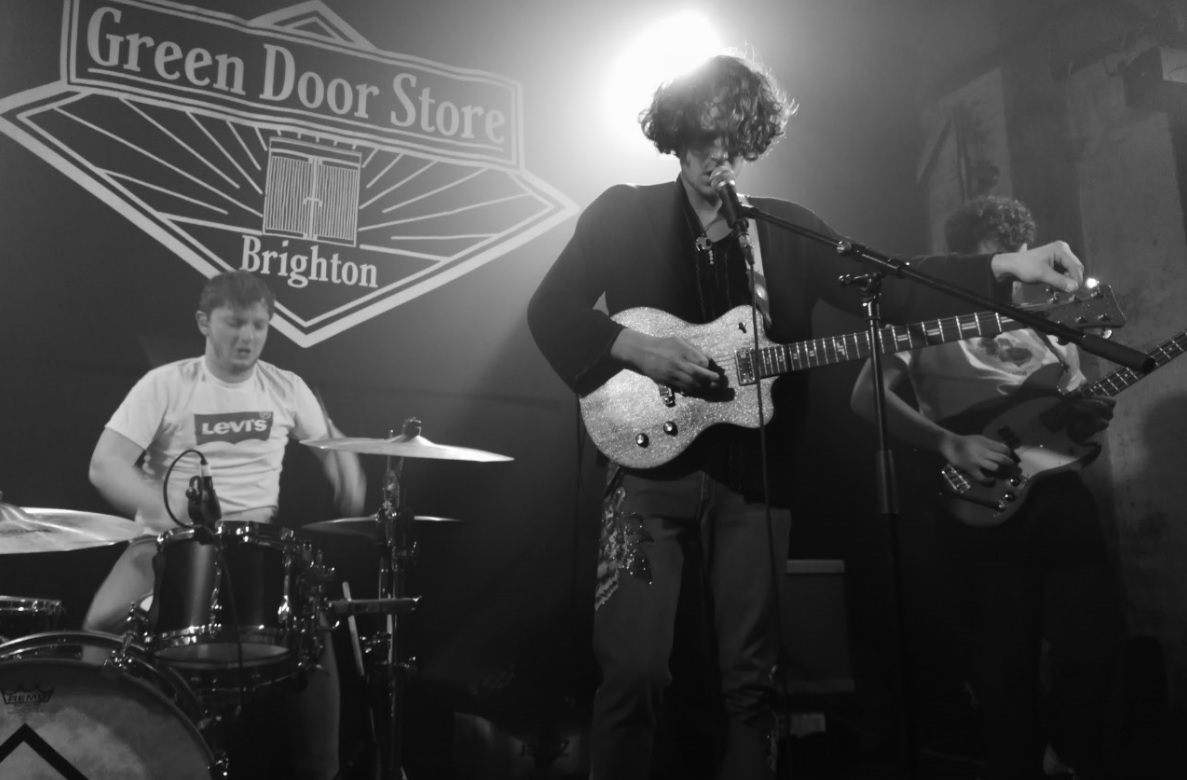 They were Brighton based Andrew Sam Bunker and Declan Rodgers who are the two friends that make up the core of Sweetmates, an Indie/pop/electro act whose sole purpose in life is to make you dance like a sugar high teen. This evening they were joined on stage by a couple of mates, thus creating a four-piece act of some note!

Named after a South East Asian sugar brand with the slogan ‘for the good time’, Sweetmates take that as their mantra, making sure everything they do is aimed at having fun. Taking influences from EDM all the way through to traditional rock, the pair cherry pick the best from everything they hear, mashing it all together in their debut ‘Disco Turd’ EP – Yes it is really called that. 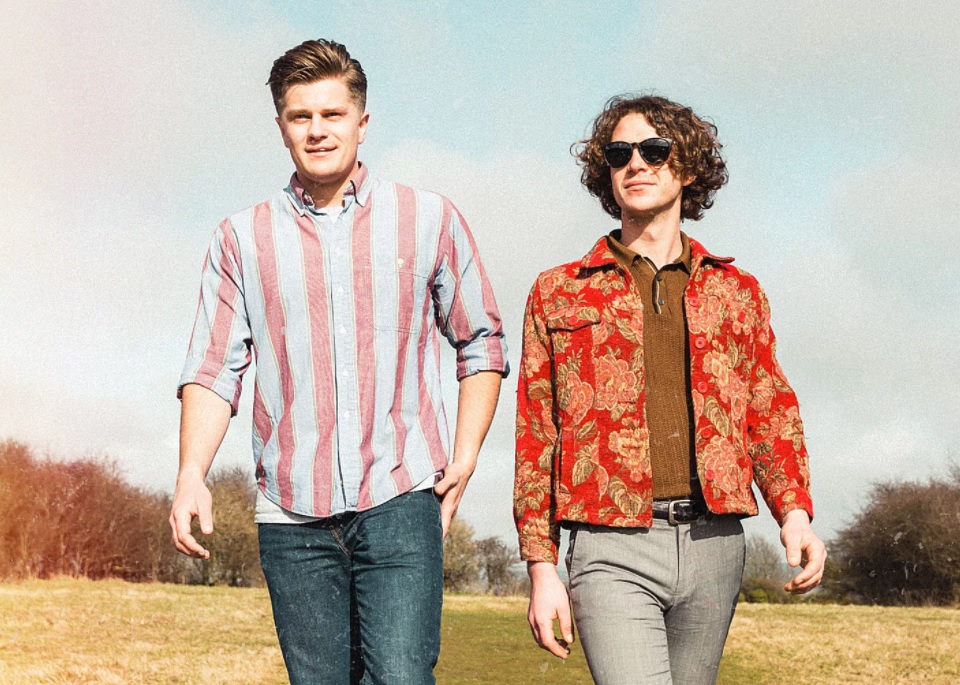 With their track ‘I Don’t Dream’ featuring in the Lionsgate movie ‘Nerve’, Sweetmates realised they were clearly doing something right and tonight they were doing everything right. Their funky (like 52nd Street or A Certain Ratio) accomplished very modern chart friendly sound (move over The 1975) coupled with the singers looks and Michael Hutchence manner, they were a very very good live act indeed and the packed crowd agreed with me. I also enjoyed watching the particularly animated drummer as well as the guys just going for it!. I would recommend anyone going along to their next gig at The Walrus in Ship Street, Brighton on Thursday 12th April as it is a fundraising event for Brighton Girl – details HERE. 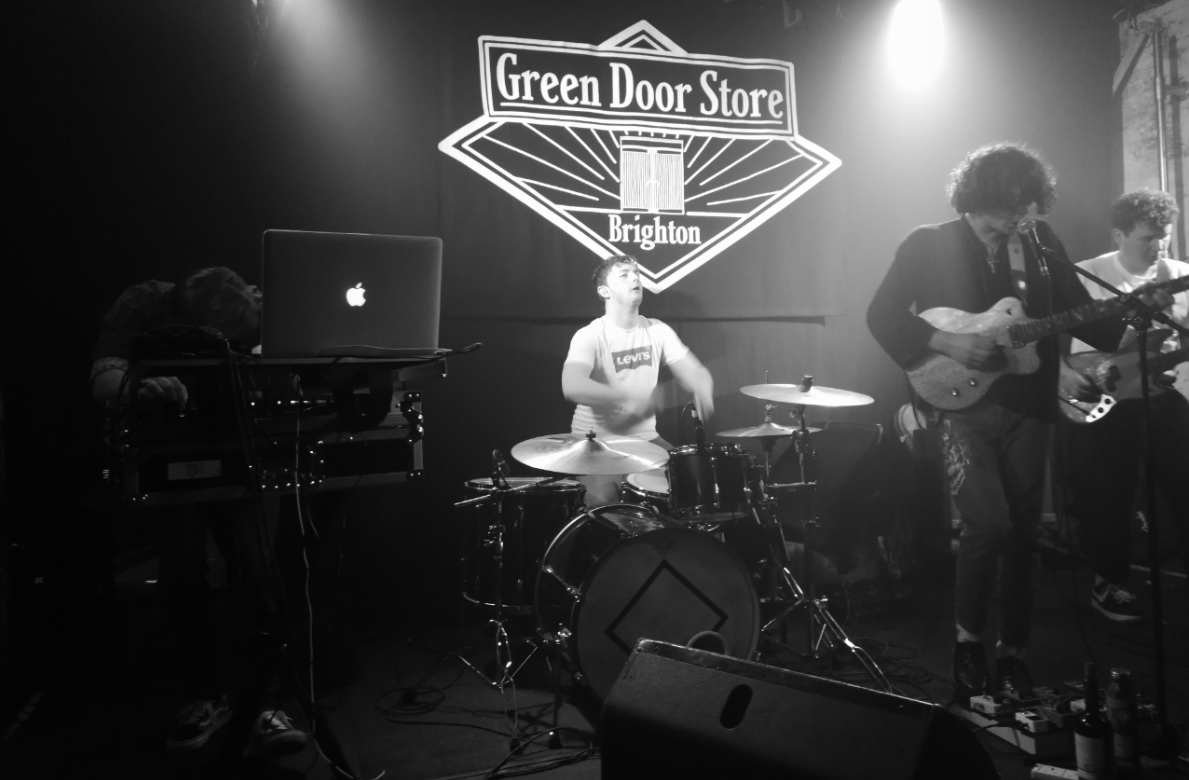 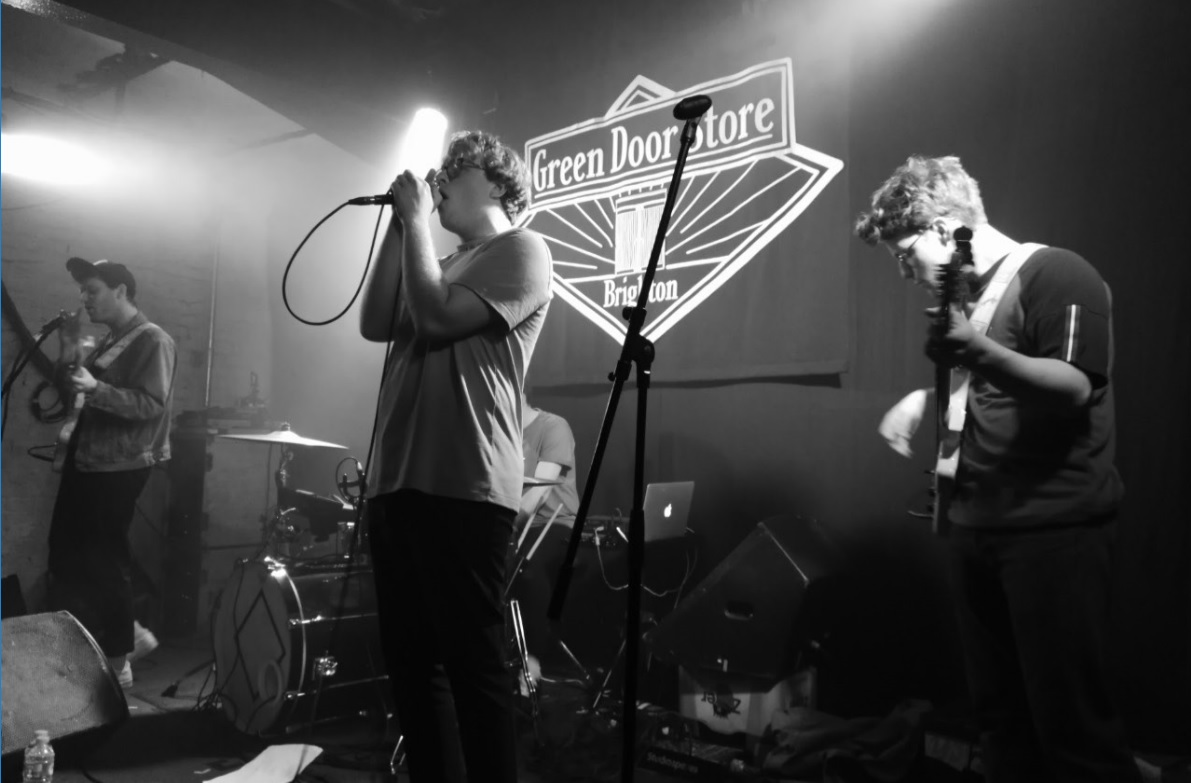 Finally top of the bill tonight was Deco who hail from the Midlands and London. They offer the listener wonderfully bright and breezy dancey-electro-pop in the similar vein of Two Door Cinema Club with possibly the vocal style of Tony Hadley (Spandau Ballet) and Glenn Gregory (Heaven 17).

As a live unit the duo tonight became a quartet made up of Max, John, Matt and Scott, although I wasn’t totally sure exactly how much was actually live or from the laptop. Mind you, having said that, their sound is rather radio friendly and the guys should be heading for bigger greater things in the near future if listening to their latest offering ‘Wild One’ is anything to go by. 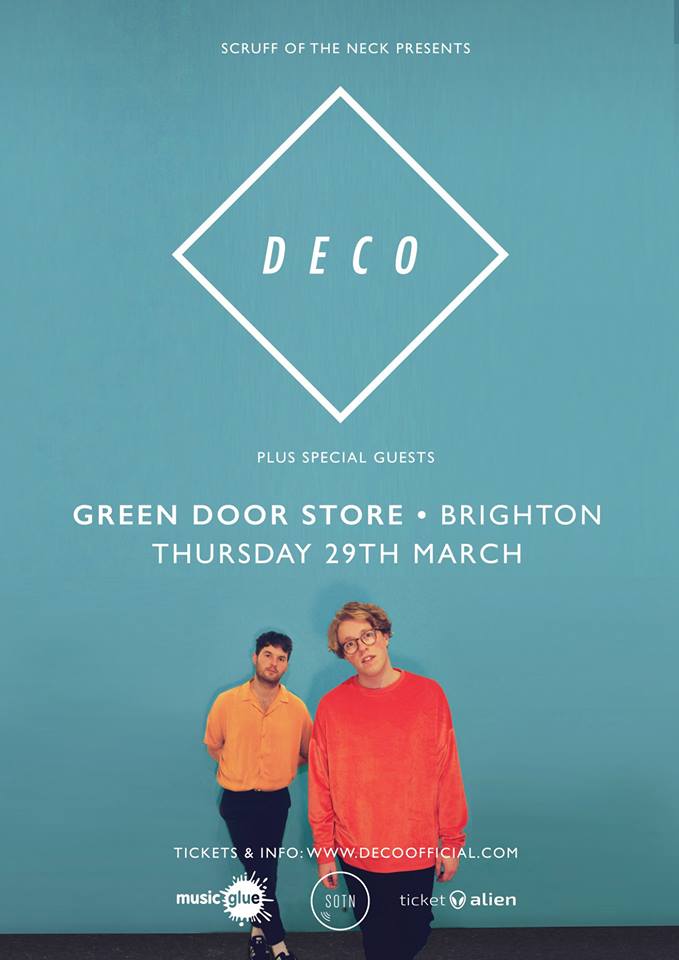 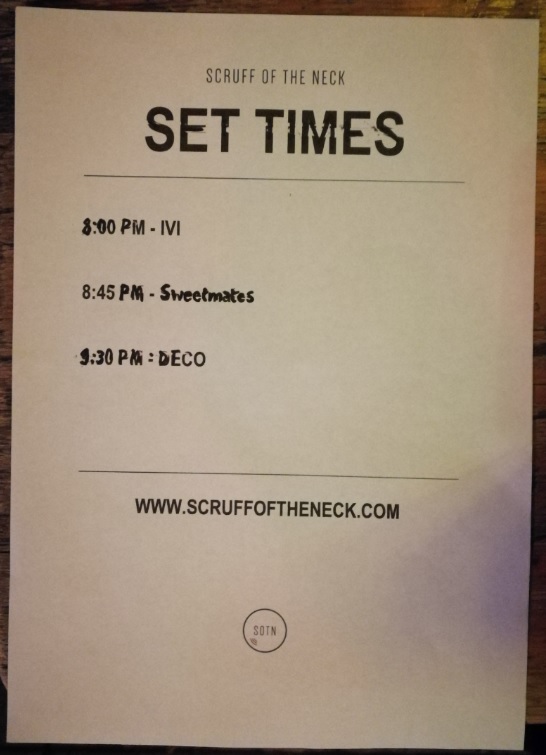