Police have no plans to dig up the garden of a Brighton property where a former officer suspects a serial killer buried the body of a missing teenager. 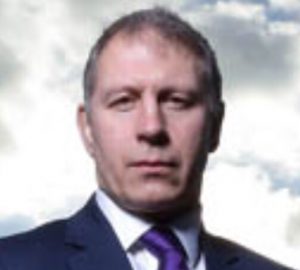 TV presenter and former Surrey Police officer Mark Williams-Thomas said that a convicted murderer Peter Tobin, 71, used to live at the address near the Seven Dials.

Mr Williams-Thomas made the claims last week in the first of a three-part ITV documentary called The Investigator: A British Crime Story.

He also suggested that Tobin killed another young woman, Jessie Earl, whose body was found at Beachy Head.

Tobin was jailed for life 11 years ago, in 2007, for murdering three women. He was given three life sentences and told that he would spend at least 21 years in prison.

Sussex Police gave some help to the programme maker but said that detectives were not persuaded that there was any new evidence to justify digging up the garden of the property – a council house in Windlesham Road, Brighton.

The force said in a statement: “We are aware of the ITV documentary series and have been in contact with the producers over the past year, supplying them with briefing material along the following lines. We have not supplied an interview.

“Current position (2018) in relation to cases of Jessie Earl and Louise Kay – Following the extensive scoping exercise by police across the UK between 2008 and 2010, focused on Peter Tobin, at this time there is still no evidence or intelligence to suggest any specific person is responsible for the death of Jessie Earl or the disappearance of Louise Kay.

“The current position in Sussex is that the cases of Jessie Earl and Louise Kay form part of our Crime Review Team’s schedule of unresolved major cases and they are assessed every two years to examine any new information that has been provided, or to consider advances in investigative techniques, that would make a re-investigations viable.

“Currently no new information has been provided in these cases and there are no outstanding lines of inquiry.

“We have no evidence implicating Peter Tobin or any other named or known individual in the murder of Jessie Earl or in the disappearance of Louise Kay. 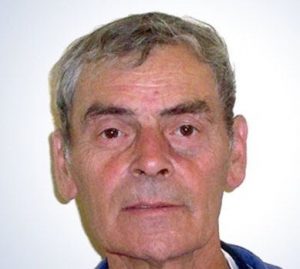 “We understand the continuing anguish of the families of Jessie and Louise in not knowing what happened to their loved ones and our thoughts remain with them.

“We will never close these cases until and unless some resolution and closure is found for them.

“We will always examine any new information or forensic opportunities which might lead to new lines of inquiry whenever they arise.

“Our next scheduled assessment of these unresolved cases is due to take place later this year, 2018, and anyone who has any new information that could lead to new lines of inquiry can always contact Sussex Police via email ‪101@sussex.pnn.police.uk‬ or call 101 at any time, quoting Operation Silk (for Jessie Earl) or Operation Azure (for Louise Kay).

“Any information would be researched, cross-referred, and assessed, and further inquiries carried out where appropriate. 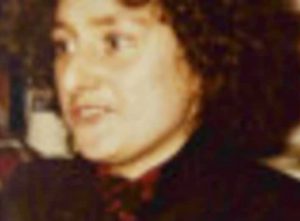 “Investigations into Jessie Earl case – Jessie was reported missing from her address in Upperton Gardens, Eastbourne, on (Thursday) 15 May 1980.

“Remains of Jessie’s body were found at Beachy Head in March 1989.

“An incident room was set up and detailed inquiries were carried out. A subsequent post-mortem (examination) found the cause of death to be unascertainable.

“A detailed investigation was carried out and at an inquest in July that year the coroner returned an open verdict. The death was recorded by police at that time as a suspicious death (but see below).

“In January 2000, as part of a policy of re-opening a number of previously unresolved cases, and following discussion with Jessie’s parents, a full reinvestigation of the case began.

“Detailed forensic, scene, witness and pathology enquiries were carried out and the case was given national as well as local publicity.

“At that stage the case was formally recorded by police as murder and following the reinvestigation a report was submitted to the coroner, who considered holding a new inquest but declined to do so. There were no further developments at the time. 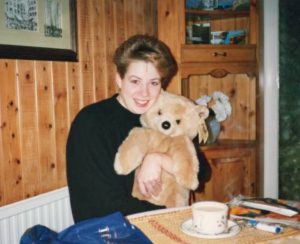 “Investigations into Louise Kay case – Louise did not return home to her address in Lynholm Road, Polegate, on (Friday) 24 June 1988.

“Despite an investigation by Sussex Police, Louise has not as yet been found.

“There was a full investigation and publicity at the time of her disappearance but no evidence emerged to show what had happened to her.

“Despite intensive inquiries no trace was ever found of the Ford Fiesta that Louise was driving when last seen.

“In 1994 a BBC Crimewatch reconstruction of the case was broadcast but the response was disappointing and produced no new useful lines of inquiry.

“When the Jessie Earl case was being reinvestigated in 2000, the possibility of Louise’s disappearance being linked was examined but no such links were identified.

“In August 2004, as part of a review of missing person cases, a further investigation took place by Eastbourne CID. There were no developments.

“In 2005, following a further review, a Major Crime Branch reinvestigation was set up. All previous lines of inquiry were re-examined and other potential leads were followed up but there were no developments. 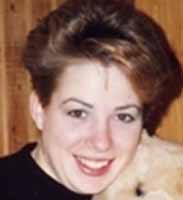 “Operation Anagram – Between 2008 and 2010, as part of the national police scoping project looking at unsolved murders, Sussex Police reviewed and made yet further inquiries about the Jessie Earl and Louise Kay cases.

“This included searches of two addresses, in Brighton and Portslade, but nothing was found and there were no further developments.

“Inquiries were made about several addresses (not just the two which were ultimately subject to a full forensic search).

“Following detailed inquiries about and visits to every address, it was decided after careful consideration to focus full forensic searches on the addresses at Marine Parade, Brighton, and Station Road, Portslade.

“As you know those two addresses were intensively searched, including the use of GPR (ground-penetrating radar), and nothing suspicious was found.

“In relation to interest in that address from a TV documentary team in 2017, we declined their offer to be involved any search they decided to make at ‪22a Windlesham Road‬ and did not advise or direct the local authority not to allow such a search.

“However, we made it clear to the programme makers that that we would expect them to contact us immediately if a search went ahead and if they were to find anything they felt was suspicious and to halt any further action until we had the opportunity to thoroughly assess the situation and if necessary to investigate further. We never heard anything further from them.”

Brighton and Hove City Council said: “Whenever crime investigations are carried out we act according to police advice and co-operate in any way we can.

“However, the police have said there is no evidence to warrant the excavation of a garden in Brighton and Hove in connection with the very sad disappearance of Louise Kay.

“We have a duty of care to our tenants and would not agree to investigations that could be disruptive or upsetting for our tenants unless required to do so by the police – in which case, as said, we would of course co-operate in any way we could.”