At the start of this week my fellow Labour councillors chose me to take on the leadership of the minority administration on Brighton and Hove City Council. 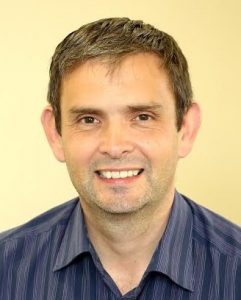 After five years of Warren Morgan’s leadership this will mean a significant change to the council and obviously a big change for me personally.

Subject to the agreement of the full council on Thursday 17 May, I will become leader of the city council and will take overall responsibility for the services, changes and solutions that local residents expect, even against the backdrop of massive central government cuts and rising demand.

I know that this will mean that to some in the city I will instantly become the person most responsible for the services they feel require most improvement.

I do not underestimate the amount of “blame” that will be heaped on my door or my email inbox.

But I stood for election because, just like so many residents, I want to see things improve – services stronger, housing delivered, vulnerable safe and books balanced.

Achieving those four is not a short-term solution and won’t be easy. It would be wrong, however, to bury our heads in the sand and pretend these are not real issues to so many of us daily.

As someone who moved into the city only a dozen years ago, but who has been close to the city for decades, it is a great honour to be able to take a role in leading the city council through these tough times.

Many of our plans will remain the same and we must push harder and faster on those.

However, that doesn’t mean that everything will stay the same – it never does.

I would like to be able to lead a council that shows that it is more open and transparent than residents currently see.

By being more open to listening to people’s problems, and by being able to work collaboratively with residents and partners in the city, we can achieve more than we achieve alone.

A strong city needs a strong council that is there as a provider of strong services, a protector of the most vulnerable and a facilitator of a strong vibrant City by the Sea.

Councillor Daniel Yates is the new leader of the Labour administration on Brighton and Hove City Council.