Brighton and Hove Albion secured a second successive season in the Premier League with an emphatic win over Manchester United at the Amex Stadium.

21 years and 1 day since the Seagulls almost fell into oblivion at Hereford they have beaten the greatest team in the land to ensure relegation is mathematically impossible.

The Albion started brightly but United’s pace, especially with Anthony Martial, was an early worry.

United had the ball in the net early on but Marcus Rahsford’s effort was ruled offside.

Anthony Knockaert was the Seagulls’ key player from early on and Dale Stephens had the Albion’s first chance of note dragging a shot wide of the upright.

Jose Izquierdo was getting into some promising positions but just failed to carry the ball with him as the United defence opened up.

But it was out of nothing Albion nearly took the lead. Knockaert fed Murray who lashed a shot from fully 20 yards that David De Gea at full stretch parried around the post.

Knockaert was in top form. One breathtaking sidestep saw him leave England international Chris Smalling in no man’s land.

Albion could consider themselves on top, although United were quick on the counter. Lewis Dunk headed away a fierce Paul Pogba drive. 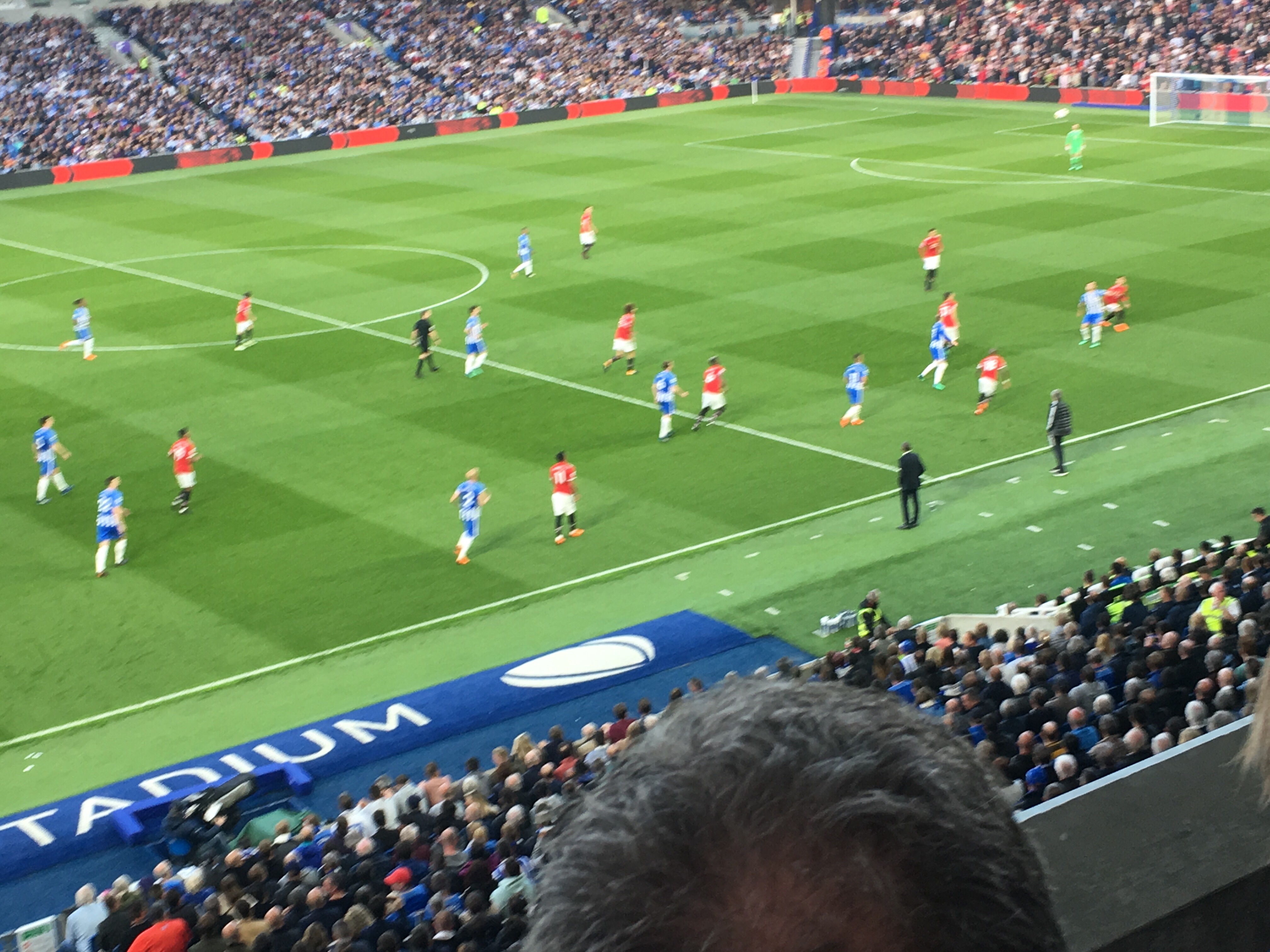 Izquierdo saw a shot similar to his West Ham stunner flash narrowly over as United finished the half strongly with a succession of corners.

The visitors certainly looked more purposeful as the second half started. Marouane Fellaini and Juan Mata were trying to take the match by the scruff of the neck.

United for a while looked like they might try to steamroller through the Seagulls – but it was a combination of Davy Propper and Izquierdo who set the Albion up for glory.

Propper released the Columbian international, who at the second attempt crossed from the byline for Pascal Gross, who headed towards goal.

It appeared for a few seconds as though Chris Smalling had cleared it but referee Craig Pawson consulted his watch and deemed the ball had crossed the line (by 2.8cm) and the Amex erupted. 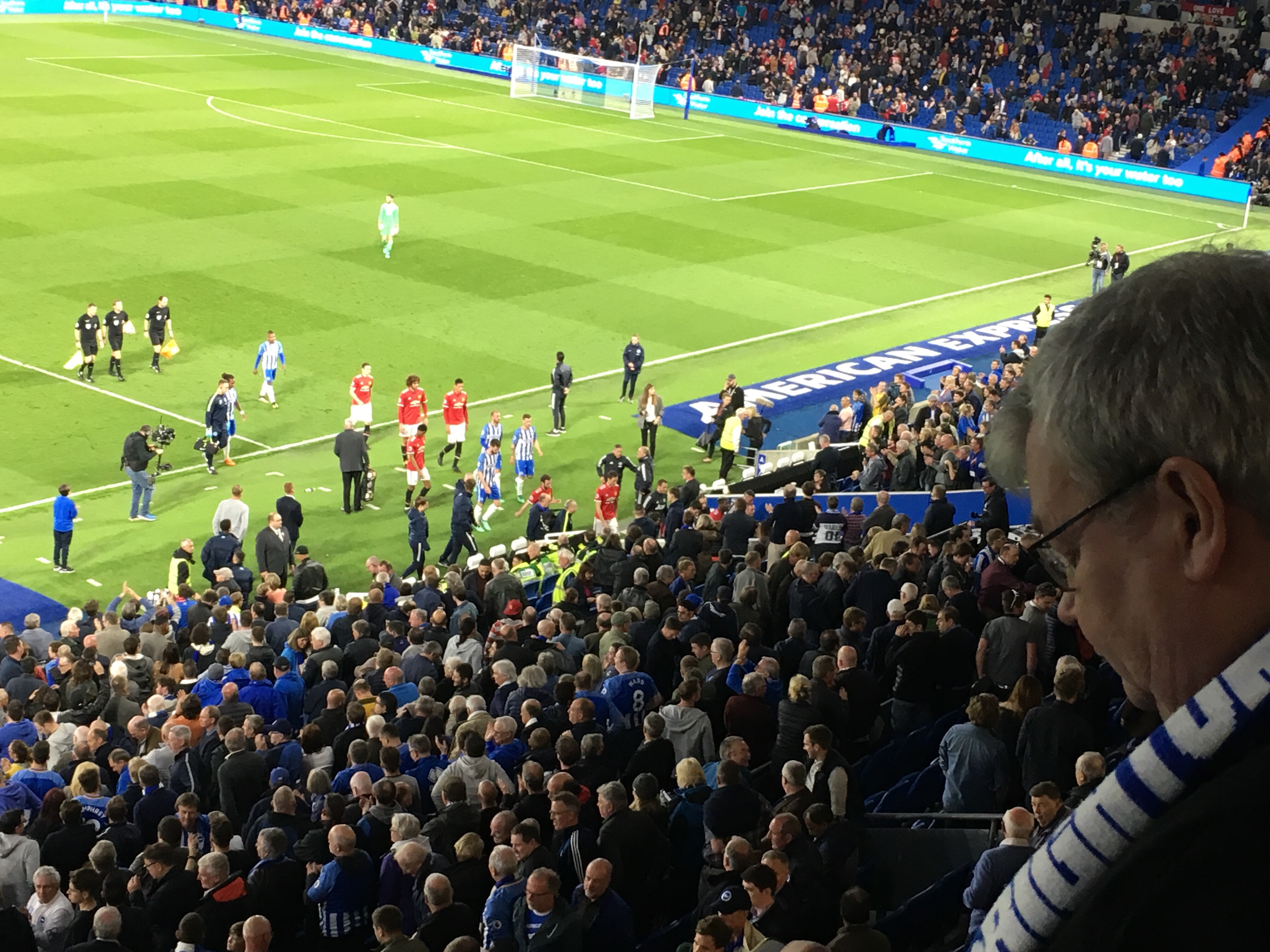 As United tried to find a way back into the match, Ryan made great saves from Pogba, Martial and substitute and ex-Albion loanee Jesse Lingard.

Lingard then had United’s best chance of the match but fired wide with only Ryan to beat.

Albion were under pressure but managed to find a outlet in the seemingly exhausted Murray.

As the four minutes of injury time elapsed, Pawson blew for full time and the Amex erupted again.

Albion stay in the Premier League with all its bells and whistles with two games remaining – trips to Manchester City next Wednesday (9 May) and Champions League finalists Liverpool on Sunday 13 May.