Two Brighton schoolgirls have been praised for their lifesaving actions after a man collapsed in the street. 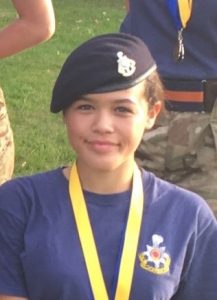 Sergeant Oakleigh Murphy and Corporal Ezme Tiley sprang into action when they saw the man sink to the floor in – and helped to save his life.

The school said: “They probably didn’t expect to be putting their training into practice quite so soon but this is what happened to two of our cadets earlier this week.

“On Wednesday (2 May), two of our senior cadets helped to save a man’s life at Rock Gardens, at the top of St James’s Street, Brighton.”

The girls said: “We had both just got off the bus when we saw a man who looked like he had fallen so we helped him up to see if he was okay.

“As we helped him up he was saying he wanted to go home but he was in a lot of pain and reaching for his chest.

“Straight away we were concerned and advised him to have a seat. He insisted he wanted to go home, so as we agreed to walk with him his legs started swaying and shaking.

“Moments later he collapsed toward the floor.

“As we were next to him, we managed to help him to the ground. Using what we had been taught and practised in, we carried out all the first aid drills instinctively, checking breathing, his response and everything.

“While one of us carried this out, the other one of us called the ambulance and told location etc but all the stuff the lady on the phone was asking we had already found out. She seemed very impressed.

“We waited with the man, reassuring him until the ambulance arrived. They got to us in an impressive four minutes.

“We were relieved that they were there to now help him.” 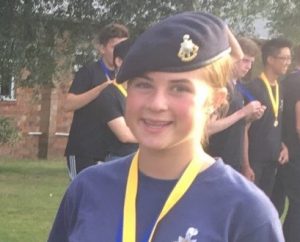 Oakleigh said: “I was so proud of us both and buzzing to use our skills on someone in need. We stayed calm the whole time and felt like we had been in the situation before from all the practice.

Ezme said: “I forgot to mention the best part. After not saying a word for a good few minutes, or responding, we said that he’s in good hands with the ambulance and he whispered to us, ‘I don’t know how I could ever repay you.’ I hope the poor guy is all right.”

CCF officers Major Ali Pringle and Captain Lee Tester, both members of staff at Longhill, said that they were proud of the two cadets.

Captain Tester said: “Both Major Pringle and I are so very proud of our cadets. It is times like this that make all the planning we conduct, all the training that cadets undertake and the development of their life skills worthwhile.

“Well done girls. You are both amazing role models.”