Half of Brighton General site set to be sold for housing 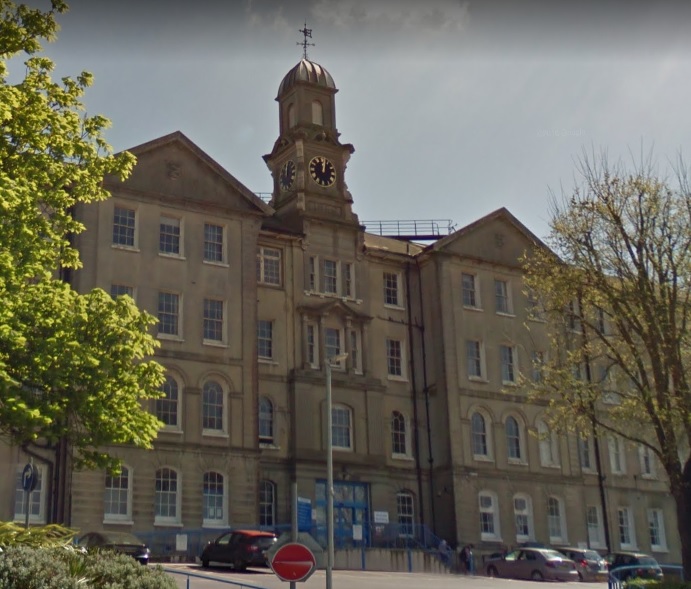 The Arundel building at Brighton General

Brighton General Hospital’s landmark Victorian building looks set to be sold off for housing under plans to build a new community health hub on the site.

The Grade II listed Arundel building, which was once used as a workhouse, was deemed no longer fit for hospital use in 2009, and since then has been used as an administrative centre. Now, half the buildings on the site are empty or unused.

Sussex Community NHS Foundation Trust (SCFT), which owns the building, announced last year it wanted to build a state-of-the-art healthcare hub there, and said this could involve demolishing and selling off some of the site.

The site had already been named by Brighton and Hove City Council as a preferred site for a new secondary school – but since then, those plans have been abandoned.

Today, SCFT has unveiled five options for the Brighton General – the first two are do nothing or do little, but the other three all involve selling the Arundel and all the other buildings on the north east of the site for housing.

Two involve developing or rebuilding the Cuckmere, Dyke and Edburton buildings, off Pankhurst Avenue, and the fifth is to knock down and relocate the current Sussex Rehabilitation Centre on Elm Grove and creating a new multi-storey building.

If the fifth option is favoured, the trust would have to negotiate with South East Coast Ambulance Trust to buy part of the ambulance station next door.

All but the first option also selling the Bramber and Varndean buildings and the hut at the junction of Elm Grove and Freshfield Road for either community or commercial use. 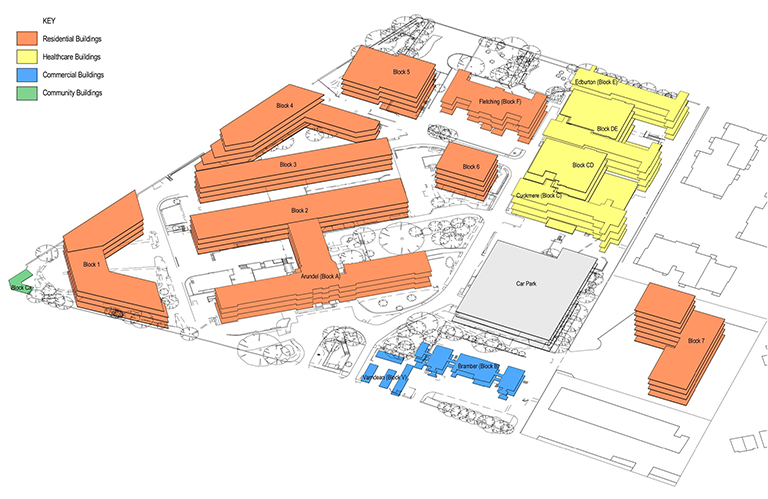 Option 3, showing the buildings earmarked for housing in four of the five options in brown and the health hub in yellow

Siobhan Melia, Chief Executive of SCFT, said: “We are really excited about the future, creating a purpose-built community hub in the heart of Brighton will ensure the local NHS continues to thrive.

“This is a once in a lifetime opportunity to improve things for the many thousands of people who rely on our services and the 5,000 staff that make up our trust.”

While the Arundel building itself, built in the 1850s as an infirmary and workhouse, is Grade II listed, the trust says many of the other buildings on the site are decaying or are not fit for purpose and expensive to maintain.

A first phase consultation found that 84% of respondents were in favour of redevelopment of the site, with a clear majority favouring good public transport links and disabled access.

Today the trust has launched a second survey to gather views about the proposals before any decisions are made, which patients and the public are encouraged to complete. The deadline is June 21.

On 7 June, from 3pm until 6pm, the trust will hold a public drop-in event at the Brighthelm Centre, Brighton, to discuss its plans. Anyone interested is welcome to attend and should book online.

The trust hopes to take a preferred proposal to health regulator NHS Improvement later this year.