A failure to communicate with police and Pride organisers may have cost the owners of a Kemp Town shop the chance to sell alcohol at this year’s Village Party. 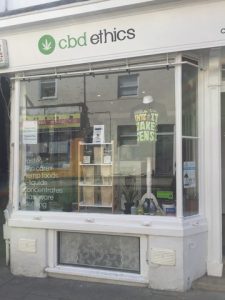 CBD Ethics, in George Street, Brighton, falls within the area that is only accessible to people with a wristband during the Pride Village Party.

This year the event is due to take place on Saturday 4 August and Sunday 5 August.

CBD Ethics directors Ryan Cahill and Shaun Davison told a licensing panel at Brighton Town Hall today (14 May) how they applied for an alcohol licence with enthusiasm without thinking about wider consultation.

Mr Davison said: “We appreciate we should have talked to people first but we wanted to get the application in sooner rather than later.

“We just assumed by submitting the application it would notify the people who need to see it.”

He went on to explain that they wanted to sell alcohol and have music in the shop as they did not think their usual customers would pay for a ticket to enter the area during the Pride weekend. As a result, he said, they risked losing money.

While questioning the owners, Conservative councillor Linda Hyde pointed out that she understood why they took their approach but disagreed with it.

She said: “If I had a business there I would have spoken to all and sundry to make sure my application was correct.”

Labour councillor Adrian Morris, who chaired the Brighton and Hove City Council panel, was equally critical and pointed out their lack of awareness of the actions other businesses were taking ahead of Pride in August.

He said: “At the back of the Queen’s Arms they have a small alleyway and this is going to be gated because of anti-social behaviour.

“It is a really crucial part of Pride. They are constantly monitoring that area with people from Pride observing at all times.” 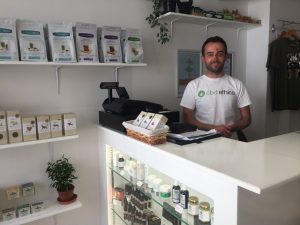 In a letter objecting to the application, Brighton and Hove police divisional commander Chief Superintendent Lisa Bell criticised the pair for failing to consult with Sussex Police or the village party organisers.

Mr Davison said that he had extensive experience of working in the pub trade as the son and brother of publicans.

Mr Cahill told the panel of his experience running drum and bass events at the Volks Tavern and Coalition.

The panel is expected to give its decision by the end of the week.

After the hearing Mr Davison and Mr Cahill said that they expected their bid to be rejected.

But they said that they planned to contact Pride organisers and work with Sussex Police on a future licence application.