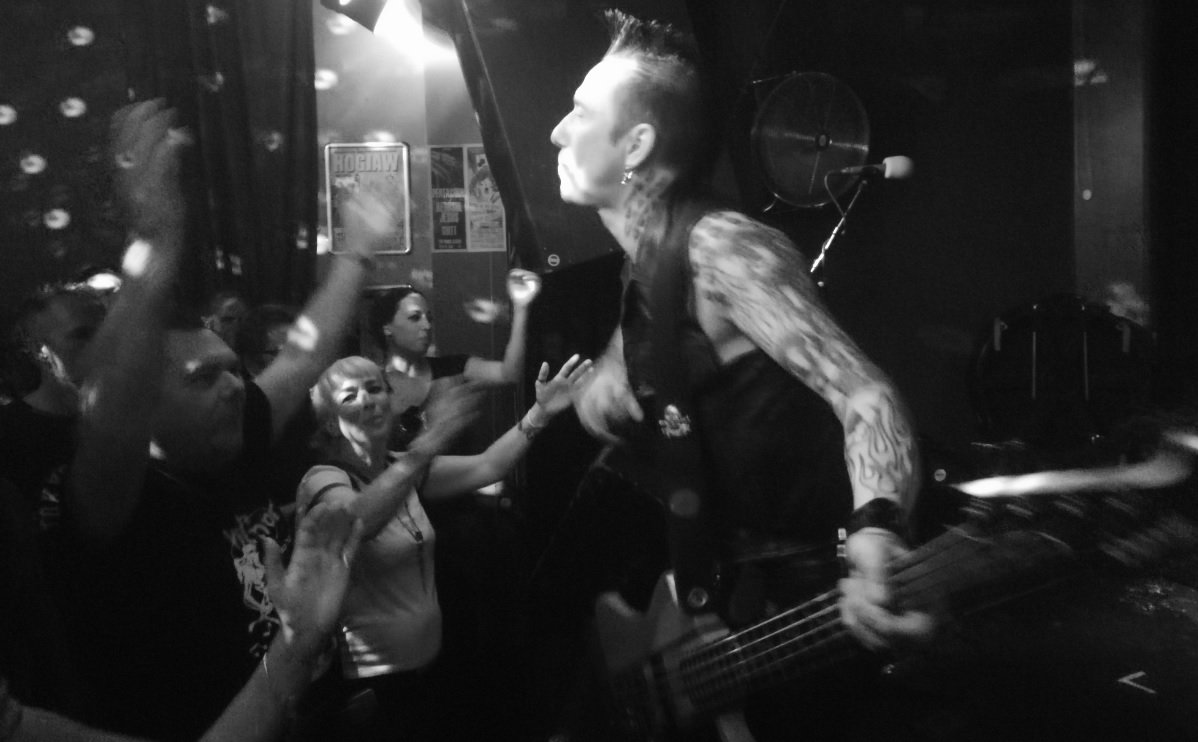 I have recently had a bit of a gig drought and as a result of this I was really looking forward to seeing The Vibrators perform tonight at The Prince Albert.

I have followed them from my early Punk Rock days in 1977/78. I first heard of them when the ‘V2’ album was released in April 1978, with notable tracks like ‘Automatic Lover’ and ‘Troops of tomorrow’. The whole ‘V2’ album is brilliant as was the first offering ‘Pure Mania’ which was released in June 1977. 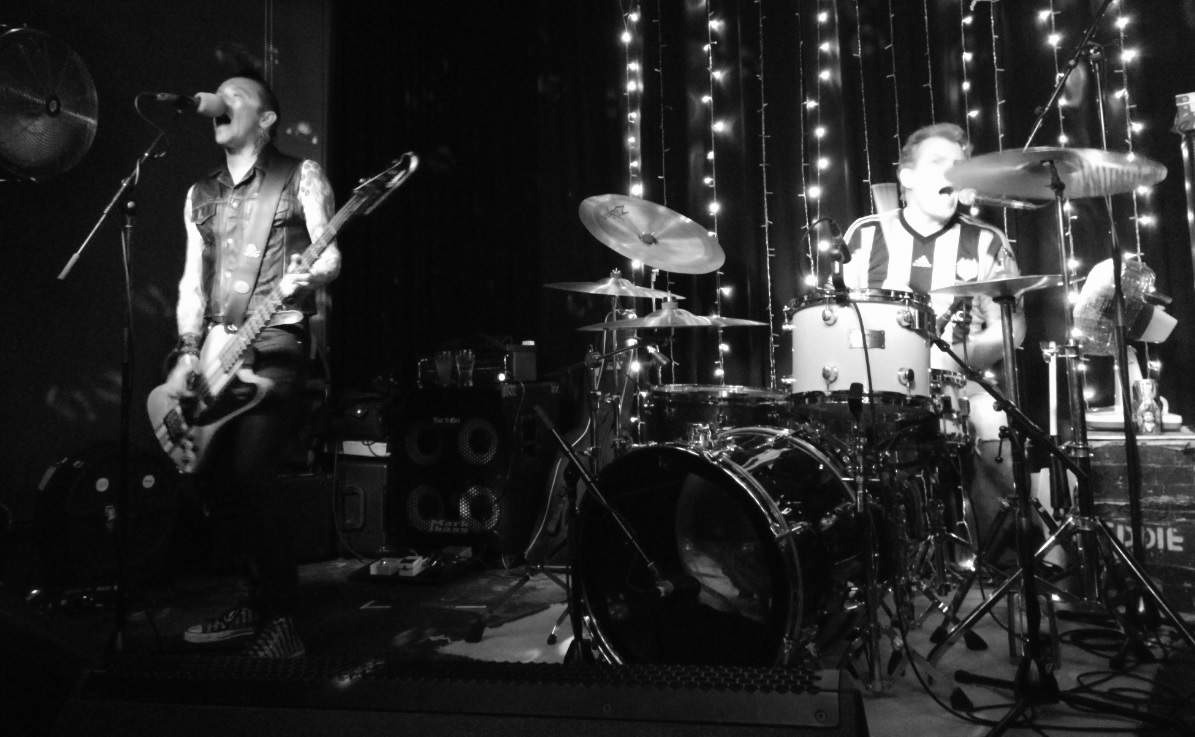 The Vibrators live at the Prince Albert, Brighton 9.6.18

Tonight’s lineup consisted of ‘Eddie’ (the only constant member of the band for 42 years) Pete Honkamaki, bassist and Nigel Bennett on lead guitar (the newest member replacing Darrell Bath in 2017). 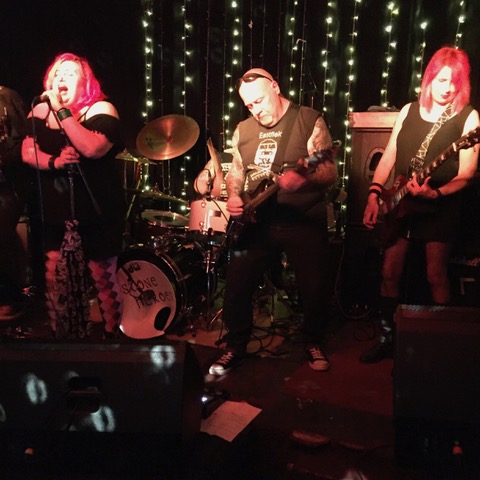 The first band up tonight were Stone Heroes who hail from Croydon and South East London. There was a lot of talk outside of the Albert, with some coming to the gig just to see this band. I heard talk of Siouxsie and the Banshees and Killing Joke sound, which left me intrigued and looking forward to it.

The sound of all those guitars was amazing and I was hooked from the very first 30 seconds. Each song was performed really tight and the lead singer Janine was real fun and a natural performer with a great voice. There were definitely influences from the Banshees and Killing Joke, that were cleverly crafted into each of the songs performed. I need to see them again soon and I am hunting for some recordings. Interestingly they have sold all their merchandise and need to get more. That’s no surprise to me as I would have bought anything they had available at the Albert. Great band and a must see. Highlights for me were ‘Unanswered Prayer’ and ‘The Room’. 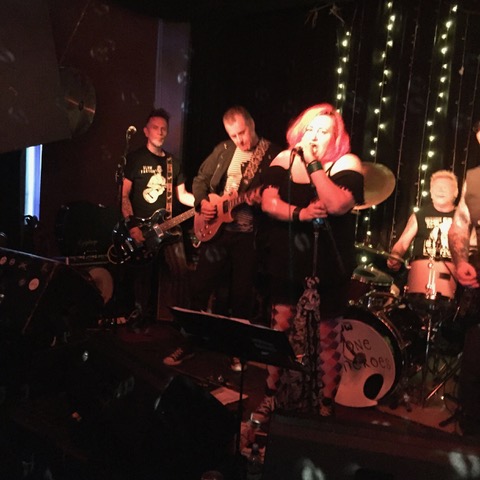 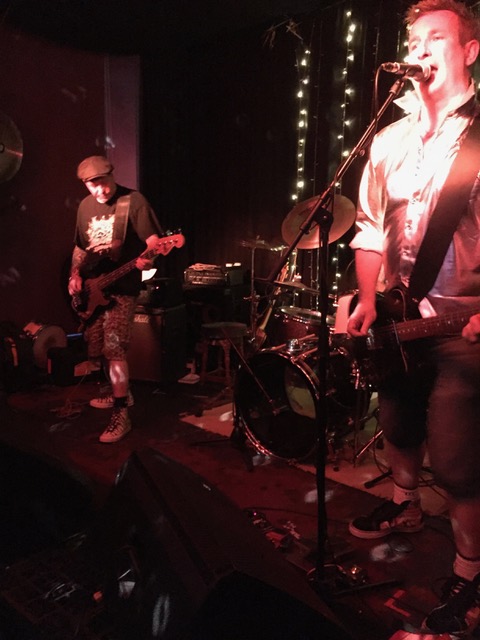 The second up tonight were Penny Blood who hail from the Brighton area. Jim Phelan from Penny Blood promoted tonight’s gig, so a big thank you from all of us that went.

I hadn’t seen the band before tonight, but had heard that two ex-members of Peter & The Test Tube Babies, namely H and Dave O’Brien were in the band, with the line up being completed by the aforementioned Jim Phelan on vocals, who incidentally used to be in an outfit called Pig City Angels.

Wow, how tight are this band! The three members pushed out full on power punk that was great to listen to. As with the first band tonight I shall be seeking their recorded material. A couple of Penny Blood fans at The Prince Albert

Jim gave a brilliant performance and has great stage presence. There is a fun side, which makes Penny Blood quirky and so easy to watch. In two words “loved it” and can’t wait to see them again. 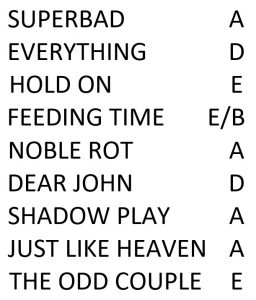 Next The Vibrators. The first song was ‘Slave’, which instantly got the whole crowd singing and a small mosh pit formed at the front, a great start and one of my particular favourites. 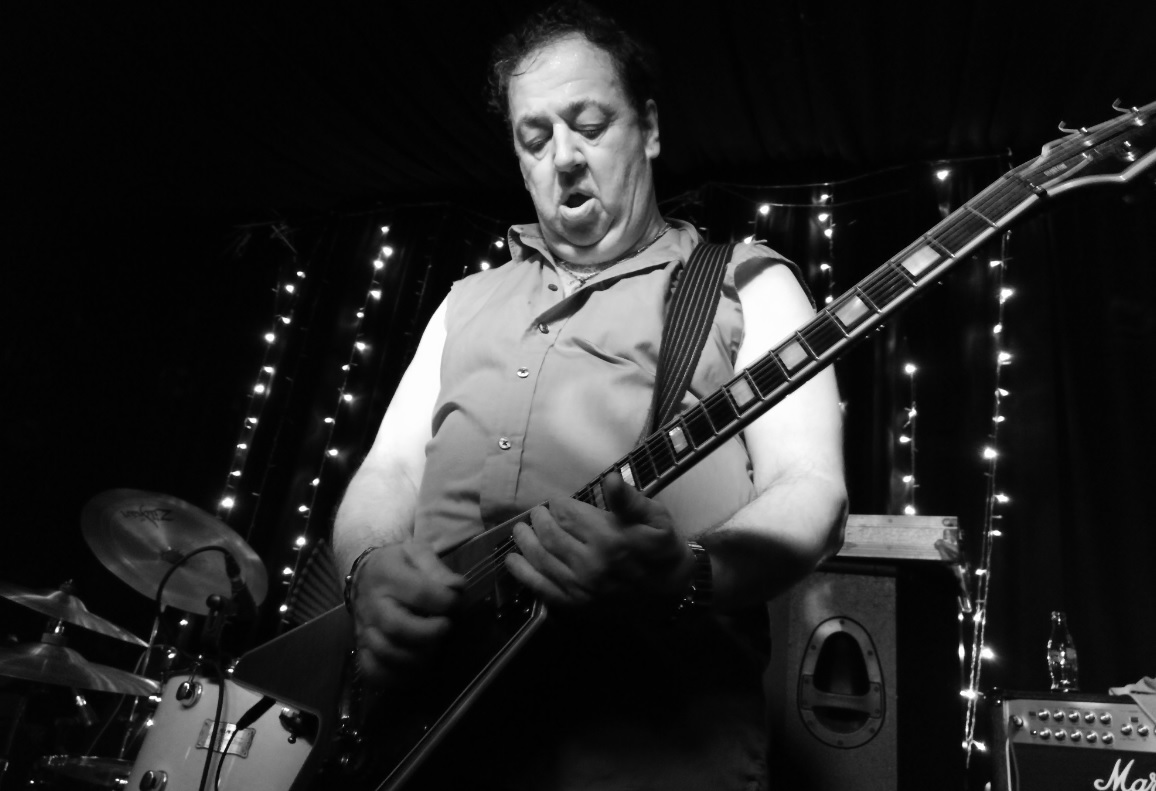 The Vibrators have an amazing individual sound no matter who is playing in the band. The heart has always been ‘Eddie’, 42 years of heart beat and an amazing drummer to boot. Next up was an early song that was originally recorded 7” single back in August 1977 titled ‘London Girls’.

It was great to see the crowd really getting into the nostalgia of it all. Three more songs in and then one of the moments we had all been waiting for ‘Troops of Tomorrow’, this was a great rendition of classic Vibrators and I absolutely loved it and it appeared the crowd did too. Next we were treated to a number of songs from newer albums and a song that Pete wrote called ‘Loose Change’ which was really enjoyable. Then a real change of direction with an amazing version of The Members song ‘Sound of The Suburbs’ which the crowd loved. The set ended with some old favourites ‘Baby Baby’ and ‘Judy Says’. Highlights: ‘Troops Of Tomorrow’, but to be honest – the whole set.

The Vibrators setlist (minus the encore) for their Prince Albert gig

Find out more about The Vibrators here: https://www.facebook.com/thevibratorsofficial/