Lewes taxi drivers – aka Brighton Uber drivers – to get CCTV 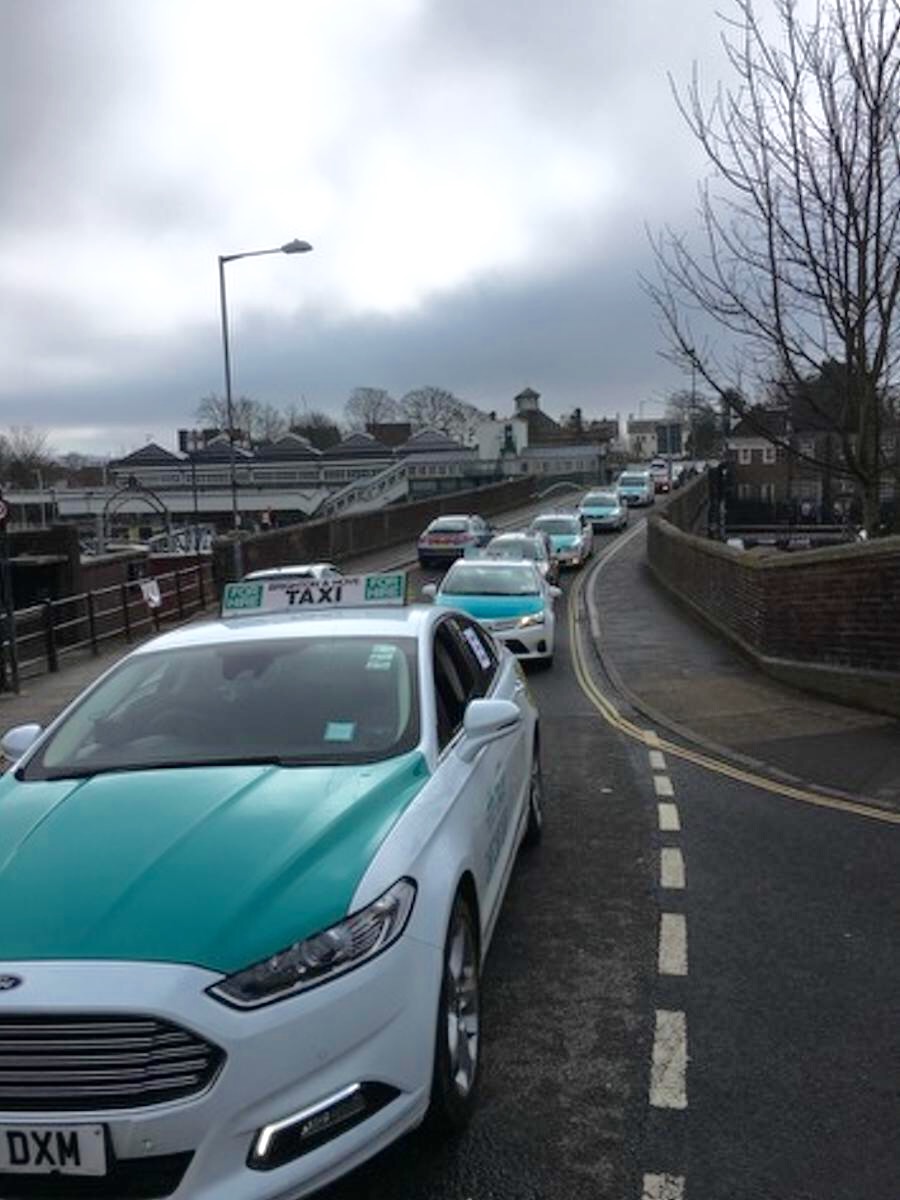 Brighton taxi drivers have welcomed the news that drivers licensed in the Lewes district – but working for Uber here – may soon be required to fit CCTV cameras to their vehicles.

At a meeting last Tuesday (July 3), members of Lewes District Council’s licensing committee agreed to begin an eight-week consultation, which will seek views from taxi drivers and passengers on a number of potential changes, including CCTV.

The lack of CCTV in Lewes vehicles has been a bugbear of Brighton taxi drivers, as since introducing regions, Uber encourages its drivers to get licenses in Lewes by highlighting that it’s quicker and faster there on the recruitment pages of its website – resulting in a flood of applications there.

Andy Peters, secretary of the GMB Brighton and Hove taxi branch, said: “We are very pleased that Lewes District Council has now taken steps to bring the conditions of licensing for LDC hackney carriage and private hire vehicles.

“A meeting between myself and the Unite representative Sean Ridley on April 18 2018 with Lewes District Council raised the issue of Lewes being used as the lower end of licensing requirements for drivers who have no intention of ever working in the district.

At the time of our meeting we were told that there was a backlog of around eight weeks as council had been flooded with applications for licences since Uber had given out information that it was cheaper and quicker to obtain a licence there rather than in Brighton and Hove if the intention was to predominantly work in Brighton and Hove.

“However we were informed that the current conditions of licensing were now being looked at with the view for a complete overhaul and this cannot come soon enough.

“Because of the flood of Lewes DC vehicles predominantly working in Brighton and Hove over the last few months the Brighton and Hove trade have has supplied Lewes DC with countless reports of its licensed vehicles not complying with the current conditions of licensing.”

Council officers said mandatory use of CCTV cameras for private hire vehicles may be introduced in light of increasing awareness of the issues around child sexual exploitation.

As well as promoting public safety, officers said CCTV would protect the livelihoods of drivers against false accusations and can also reduce insurance premiums.

At last Tuesdays, meeting, committee member Isabelle Linington, Conservative councillor for Barcombe and Hamsey, expressed concerns about the loss of privacy from such a measure and asked if a voluntary system was possible instead.

She said: “I don’t like the idea of CCTV being compulsory, I think it should be voluntary. I really object to the idea of being on camera as a passenger.”

However committee chairman Sam Adeniji, Conservative councillor for Seaford South, said: “I take a totally different view. Almost everything now is on CCTV, so I think you do have to move with the times.”

Councillors also asked whether executive hire cars – vehicles hired for functions such as stretch limos or wedding cars – should be exempt from the CCTV requirement as is currently proposed.

Cllr Tony Rowell, leader of the council’s Green Party group, said: “Why wouldn’t you put those in? There’s still a vulnerability there, I don’t understand why you wouldn’t include them.”

Councillors also discussed changing the required vehicle specifications to reflect the use of electric and modern hybrid engines. The maximum age of a vehicle applying for a first private hire licence could also be set to fall from seven to five years, in an effort to reflect environmental concerns.

Other changes proposed as part of the consultation include drivers attending training sessions on diversity and disability awareness, as well as on child sexual exploitation and safeguarding.

The council is also looking at tightening its medical testing regime, potentially requiring drivers aged between 45 and 65 to undergo a medical assessment every five years. Drivers over the age of 65 could also be required to undergo the same tests annually.

The committee agreed to revisit the issues following the eight-week consultation process.