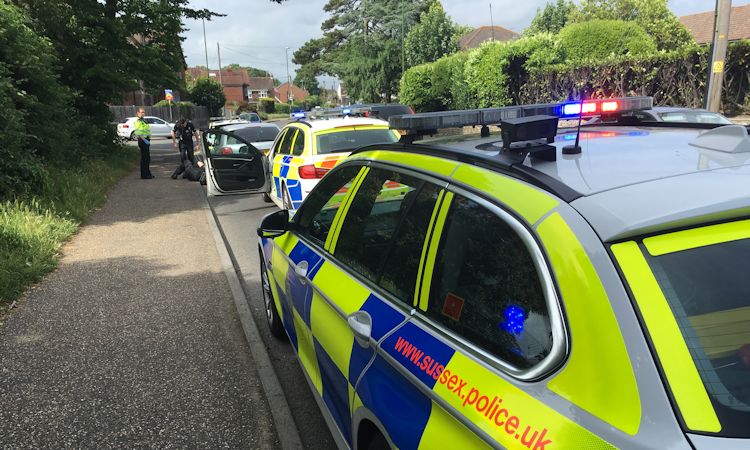 A man who pleaded guilty to drug dealing in Brighton told police he thought drug dealers were ‘scumbags’.

Umar Brown, 25, was stopped by prevention officers in the city after they received information that a hire car he was driving had been seen making regular trips from London into Brighton and back again and was suspected to be bringing drugs into the city.

Officers set up an operation to track Brown and stopped his car in Dyke Road on Thursday (6 September). They searched the vehicle and found 14 wraps of heroin and eight rocks of crack cocaine. He was arrested on suspicion of possession with intent to supply class A drugs.

When he was interviewed in custody by detectives, he denied being a drug dealer, and when he asked for his view on drug dealing, he replied: “To be honest I think that drug dealers are scumbags.”

Brown, of no fixed address, was charged with two counts of possession with intent to supply heroin and crack cocaine and appeared at Brighton Magistrates’ Court on Friday (7 September). He pleaded guilty and was remanded in custody to appear at Lewes Crown Court for sentencing on 5 October.

Detective Superintendent Jeff Riley said: “This was proactive intelligence driven operation to target drug misuse in Brighton and demonstrates how our prevention and investigation officers are making the city a hostile place for those who deal drugs.”