An eight-storey block of flats has been approved for the site of the former housing office in Selsfield Drive, Moulsecoomb. 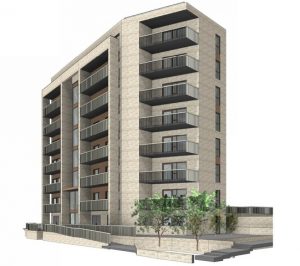 The block of 30 flats are being built by Brighton and Hove City Council and are intended to be let for “affordable” rents.

Thirteen letters of objection were sent by the public, with most concerned about the height.

Green councillor Phélim Mac Cafferty said: “This has caused some controversy for our tenants but I firmly believe this is a good scheme.

“I like the design and hope we will have some more of this in the future.”

Conservative councillor Carol Theobald abstained from voting as she did not like the project.

She told the Planning Committee at Hove Town Hall this afternoon: “I am not keen on the addition of two floors as, at pre-application, members raised concerns about the height of the building when it was five.

Fellow Conservative councillor Joe Miller supported the project saying that he wanted to see more development of the Bates Estate.

However, he was unimpressed with the proposed railings, criticising their appearance, and said that he would prefer opaque balconies.

Referring to the loss of light for a few residents in the neighbouring block, he said: “One concern is the three windows in the building next door.

“But this is is affordable housing which is good to do.” 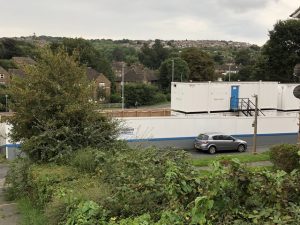 Labour councillor Claire Moonan said: “It is a good design and I like the materials.

“It is providing much-needed affordable housing.”

Committee chairman Labour councillor Julie Cattell said: “I know how far the project team have been pushed on this. We have pushed quite hard.

“We’ve had to consider the tree and the impact on other buildings.”

“This design has really changed.”

Ten councillors voted in favour of the scheme, with Councillor Theobald abstaining.