A hospital trust has been criticised by Brighton and Hove coroner Veronica Hamilton-Deeley for sending out a misleading letter about the death of a patient.

She said that it was the third time that the trust had acted in a way that could be perceived as misleading since the start of the inquest process.

The letter was sent out as an inquest opened into the death of 85-year-old Joan Blaber, who died after drinking Flash floor cleaner at the Royal Sussex County Hospital in Brighton last year.

The letter said: “The incident was reported straight away and the police were informed.”

The coroner said: “I was concerned that it contains inaccurate information.

“Alternatively, that the information given under oath is not correct. One of them is wrong.”

She described a reference in the letter to the coroner hosting the inquest as making it seem “as if I’m holding a tea party to which people are invited”.

She said that the letter implied the matter was “reported immediately to the police”, adding: “This is in fact not inaccurate but it gives an extremely misleading impression as to what actually happened.”

She also said the letter referred to daily checks of chemicals in storage “but we heard specifically that these checks are not carried out on weekends and both the incidents that we are looking at occurred on a Sunday”.

She said: “I would think that it would be a good idea for counsel to discuss the matter (and decide what should be done).

“I’m quite certain it was not intended to be deliberately misleading but I’m a little surprised that there should have been a letter. I needed to draw it to your attention. 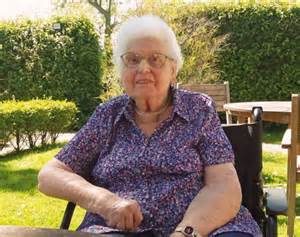 “This is the third occasion in this inquest starting right from the very beginning that very important matters have not been passed on to the trust’s own legal team or to me.

“There’s no reason you should tell me about a letter but I would expect that the letter should be accurate and appropriate.”

At a pre-inquest review the trust said that Flash had been withdrawn from use at the Royal Sussex after Mrs Blaber drank it.

Cleaners had though started to use Flash again but the trust failed to share this information with the coroner.

And last week the trust cast doubt on the evidence of a cleaner about a previous instance of a patient drinking cleaning fluid.

But Louise Thatcher, from the regulator, the Care Quality Commission (CQC), said last Friday (14 September) that the previous instance had been the subject of a serious incident report.

The inquest jury said that the hospital trust’s bosses had missed the opportunity to learn and implement the lessons from the earlier incident which happened in July 2016.

The coroner questioned whether the three examples of misleading information amounted to a pattern of behaviour. The trust denied that this was the case.